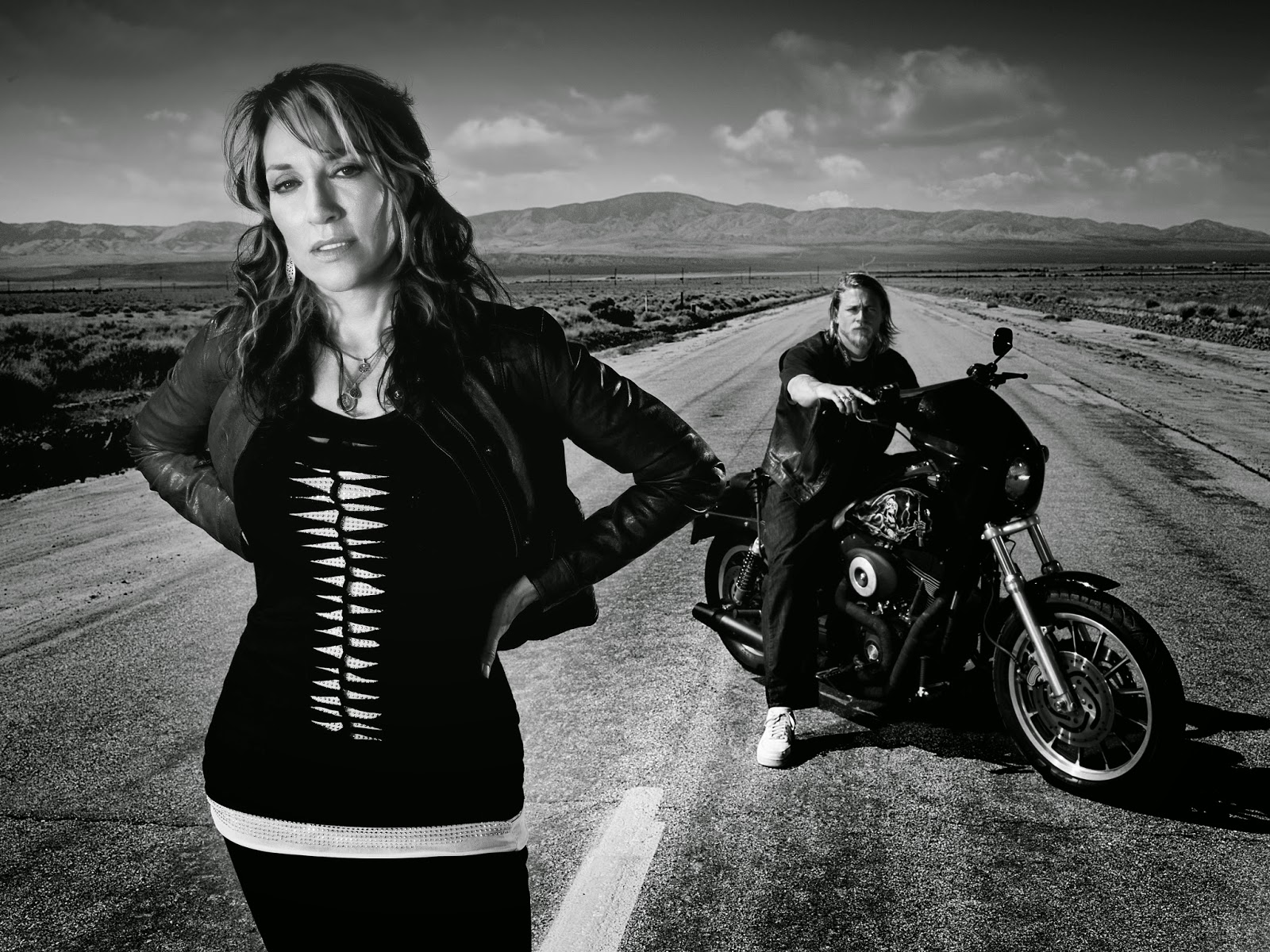 I've been binge watching Sons of Anarchy and I'm not sure what I think about it. It took me about four or five episodes to become invested in the characters, and I only persevered because my son was such a fan and kept saying I'd get hooked. I'm not sure if I am. I may finally have found the series that played better in doses of one episode a week. It's so unremittingly intense, and almost cartoonishly violent, and nobody trusts anybody, which wears me out. I want to be able to trust one corner of the action, but I can't. There's no place to shelter and put down roots. Disaster is always looming, and sometimes I have to just turn it off mid-episode and breathe. Nor am I truly in love with any of the characters. They all have their sordid, brutal sides. Some of the psychological characterizations run deep, though, and everyone's acting is consistently strong, especially Katey Sagal who gives a powerhouse performance as motorcycle club first lady Gemma Teller Morrow.

So tell me: Did you watch the series? How did you feel about it? Who was your favorite character? In your opinion, which was the best season? (No spoilers please! I'm only up to season 4 and I still plan to watch the whole thing.)

Pop quiz: What does SAMCRO stand for in SOA? If you know this without resorting to Google University, you're probably a true fan.

Then again maybe this post is just an excuse to run that photo up top of Gemma and Jax. I think it's kickass.