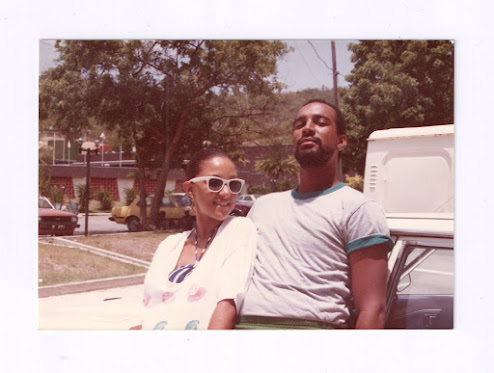 Happy birthday to the love of my life on the big five-oh. For the past 26 years, ever since making his acquaintance in this life, I have loved this man with my whole heart. Truly, I think I loved him before this life; meeting him was like a warm rush of recognition. I wish him everything good on this day and all days. He is worthy of that and more. That's us the year we met, on our way to the beach in Antigua. Oh yes, he can be sublimely silly, too.

Where She Goes From Here 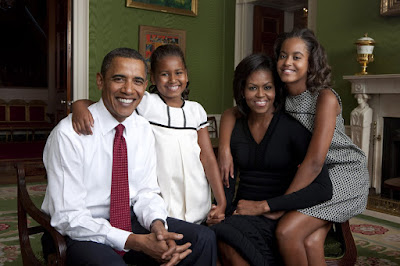 The official Obama family portrait by Annie Liebovitz.
Sometimes, I feel again the way I felt on November 5, 2008, that moment of exhilaration and wonder when I woke up and realized that it was not a dream, Barack Obama had indeed been voted the 44th President of the United States. Looking at this photograph, released by the White House today, I am remembering that feeling, and it makes me smile anew.
Click on the photograph. It's definitely worth viewing large.
Posted by 37paddington at 11:46 AM No comments: 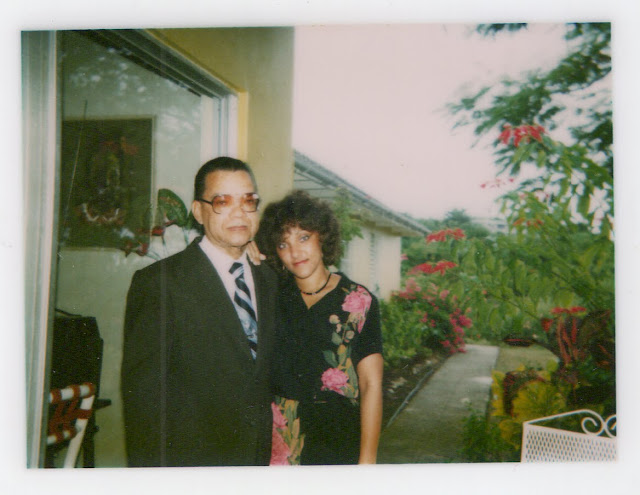 With my dad at Blue Waters, Antigua, after Christmas morning service, 1983. I find, in this age of digital exactness, I am falling in love with the grainy, imperfect images taken back in the day. This was made with a Kodak instant camera, before the company discontinued it. I remember this day well. It was the morning I introduced my parents to my not-yet-husband's mother after church. None of us knew that we would one day be related through marriage and call one another family.
Posted by 37paddington at 9:48 AM No comments: 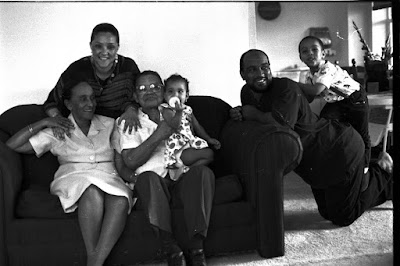 Nothing moving but the rain

I miss my son. He doesn't call, text or email. Poof. He's just gone. I know he's busy with his life, which is rich and full and lively with new people and ideas and experiences. I have to remember that I never called my parents either when I was in college. I traveled out of state, even out of country and never bothered to mention it to them. I spent weekends in the homes of people they never knew. I went to performances and parties and street fairs and art shows, exploring new neighborhoods, crashing sometimes wherever I happened to be, nights I'm sure they thought I was safe in my dorm room bed. I was completely in and of the moment. Not reckless. But meeting life with arms wide open, heart laughing, face to the sky.
This self-absorption and immediacy of experience is natural and desired when one is in college. I know this, but I can't help it. I still miss my boy.
Nothing moving but the rain. I saw this phrase in a New York Times magazine story about anxious brains. It struck me as summing up everything. It captures the sadness I feel when nothing major is actually wrong, and yet there is a hole at center of me that isn't quite caused by anything, just anxious imaginings, as ephemeral as rain. Maybe missing my son is just the best reason I can come up with for the sadness I feel today. And this too will pass. Like rain.
Posted by 37paddington at 12:14 PM 6 comments: 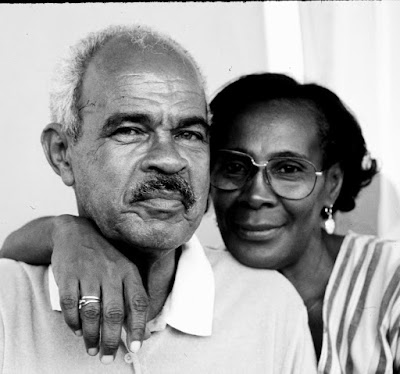 Today would have been my mother-in-law's 75th birthday. Here she is in one of my favorite images. This photograph captures the love and protection and 53-year-long romance between her and my father-in-law. She was a strong, prayerful, vigorous and determined soul to the end; she never quit, never let life's punches sit her down, never stopped fighting for those she drew under the umbrella of her care. But I am most taken by the gentleness in her eyes in this picture and the steadiness and contentment in his. You can still see the girl and the boy who fell deeply in love.
My husband and his siblings have been blessed to call this generous and loving woman mother and my children to call her Nana. I miss her so much.
Posted by 37paddington at 11:11 AM 4 comments:

We recently found these photos of my son and my husband, taken by a photographer friend who may not want to be named given how poorly these negatives were stored. (Sorry O!) Our boy was about eight months old when he and his dad participated in a shoot for a father's day photo essay in a local paper. Even though the color is faded and speckled, you can still see the loving interaction in these frames. I call the pictures "October boys" because both my men (and my dad, actually; and come to think of it, our photographer friend, too) were born in October. 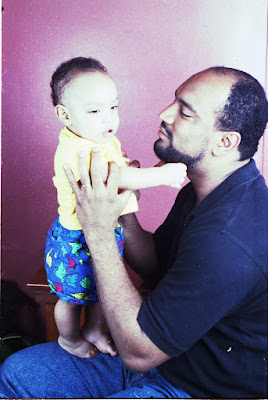 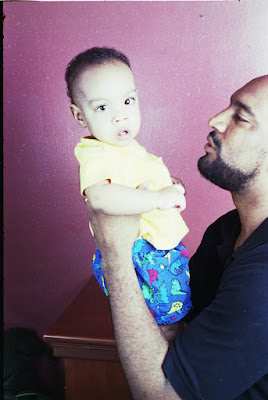 I hate laundry out of all proportion to the fact of it. All it is, is sorting dirty clothes, putting them in the washer, then the dryer, taking them out, folding them, putting them away. And since this is New York City and we live in an apartment building, it also means several trips up and down in the elevator to and from the laundry room. Simple enough. And yet, I feel a mountain of pent-up resentment when I'm doing laundry. Actually, what I'm really feeling is pent-up anxiety, which I interpret as resentment at the task, because, really, why should one feel anxious about doing laundry? It's not logical. I think it is actually dangerous to my family relationships. I used to hire someone to do it, but recently stopped that to save money. But you know, this might be money that is in the same category as seeing a shrink when you're seriously unbalanced. Laundry seriously unbalances me. As I said, it's not logical. It's not that my family doesn't help. They just don't do it on my schedule. They don't fold and put it away right away. It sits out on chairs and beds for awhile, challenging my sense or order, my sanity, even when neatly folded. On the other hand, if I hire someone to do it, they come in, wash, fold, iron and put away all within a few hours, and I don't have to follow up for days after to make sure everything is completed. I think my usually managed OCD is busting out of the closet on this one.
Posted by 37paddington at 7:18 PM No comments: 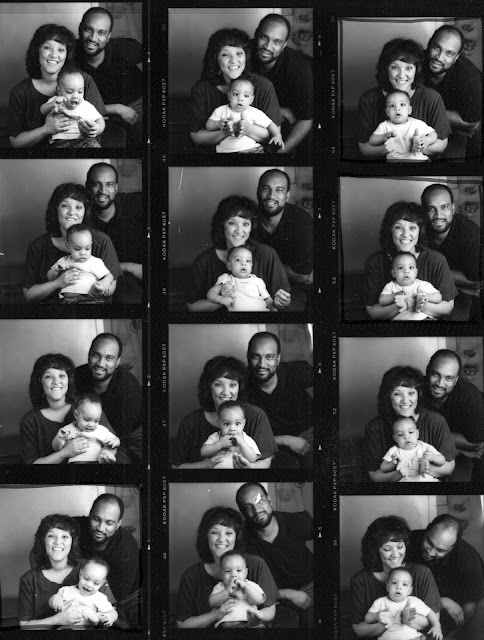 Eighteen years ago today at 7.01 p.m. my son was born and our lives were deepened by loving him.
Posted by 37paddington at 12:14 PM 2 comments: