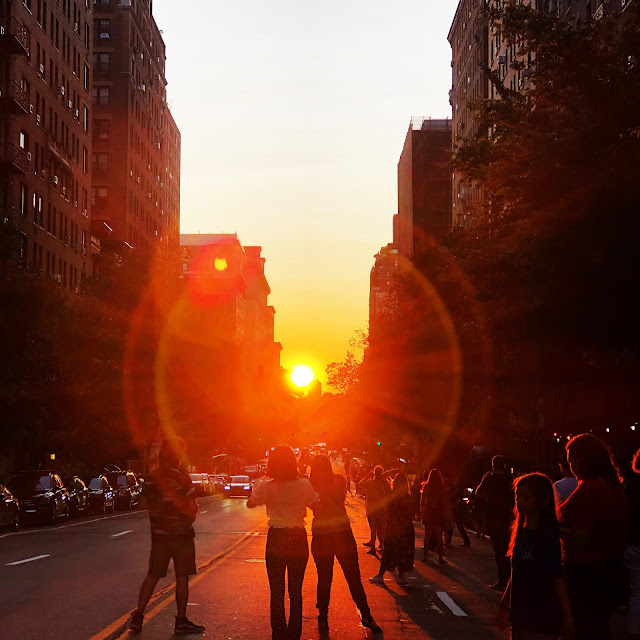 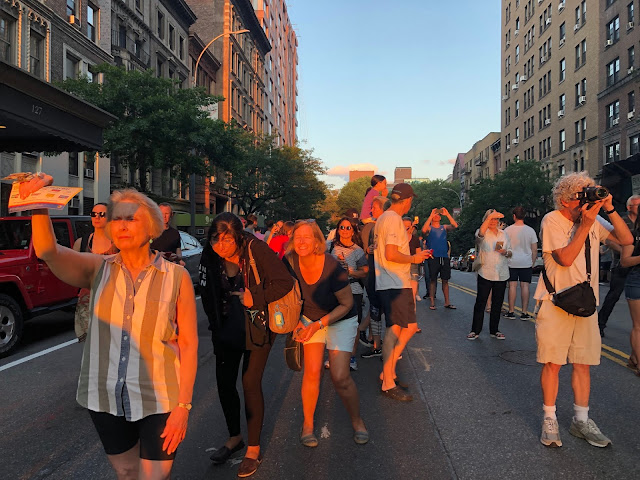 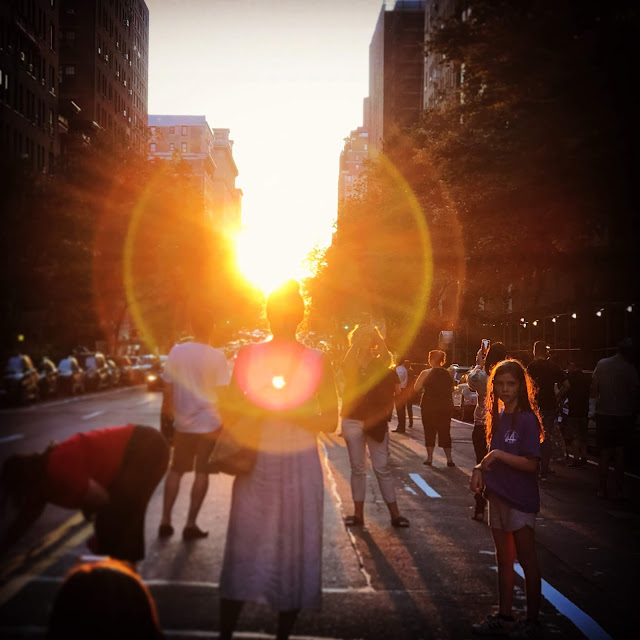 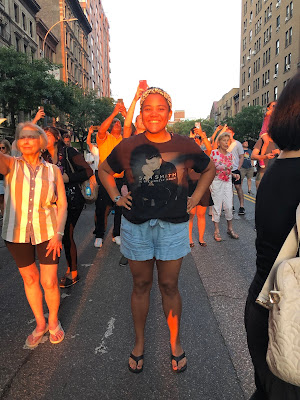 The man and I, and our niece who lives with us now, went down to 79th Street last night to witness Manhattanhenge, also known as the Manhattan Solistice, during which the setting sun aligns perfectly with the east-west grid of the city's streets, casting a fiery orange light, and people flock from their homes to bathe in the glow. Some streets offer more dramatic views than others, the wider ones, unobstructed by trees, with high buildings on both sides forming a man-made canyon that intensifies the light rays. It's an odd moment of communion in the life of this bustling city, with everyone getting still, watching the sun as it sinks below the horizon, arms raised in unwitting salute to capture the marvel of light using technologies of light. People smiled at one another in rueful acknowledgement of our insignificance in the face of such the celestial grandeur. The name Manhattanhenge was coined by Neil deGrasse Tyson, an astrophysicist at the American Museum of Natural History, where my husband is also part of the science staff as an ichthyologist. DeGrasse Tyson was inspired of course by Stonehenge in Salisbury, England, built 5,000 years ago and thought to predict the progression of the seasons by the movement of the sun over its stones. My niece, who is still new to the city, having moved here only two months ago, thought the whole thing was pretty darn cool. I did, too.
Posted by 37paddington at 11:46 AM