We Are All The Squad 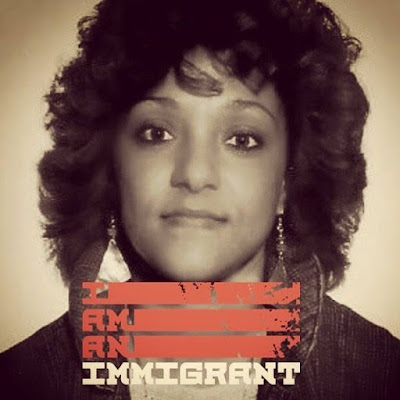 That's my first U.S. passport picture. I was 26. I am a naturalized citizen and my children are American born. Trump wants people who look like us to go back where we came from, as in his view, and that of his followers, the only true Americans have white skin. Not so. Tell my children to go back where they came from and they'll land in New York City. The richest irony of all, Trump himself is a first generation American, just like my children. In fact, every white person in America has an immigrant history, too.

We are living in Trump America, two words that now evoke the same chill as the phrase Nazi Germany. This week the president told four congresswomen of color—Ayana Pressley, an African American; Rashida Tlaid, a Palestinian American; Ilhan Omar, a Somali-born refugee and a naturalized American; and Alexandria Osario-Cortez, an American-born Latinx woman, to go back home to the sh*thole places they came from. These four women, known as The Squad, had refused to vote for a border funding bill, as it did not specify how the money would be used and it contained no protections for migrants. 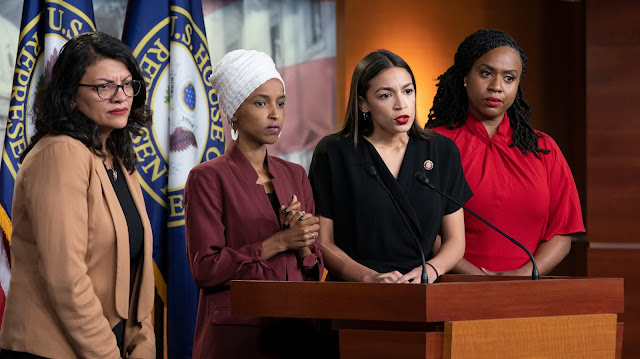 A day later, at a rally in North Carolina, Trump told lies about the women, calling them "pro-terrorist," especially Minnesota Congresswoman Ilhan Omar. His goal, of course, was to inflame his all white crowd, which began chanting "Send her home." It was Hitler's Nazi rallies come to life before our very eyes. When history is written, the name Trump will be synonymous with the worst depredations ever recorded, including the incitement to murder non-whites. That is not hyperbole.

Baby Hitler is creating a tinderbox, putting these four women and everyone who looks like them in grave danger. He is trying to make the 2020 campaign about these four congresswomen of color, trying to gin up his base by saying "Vote for me, vote for whiteness, or you will have to deal with upstarts like these women who think they actually belong in this country, much less in government." I want to believe all is not lost, because when Congresswoman Ilhan Omar returned to Minnesota last week, a crowd of hundreds greeted her at the airport, chanting "Welcome home, Ilan!" A cheering crowd, including many white people, standing against hate. It was beautiful.