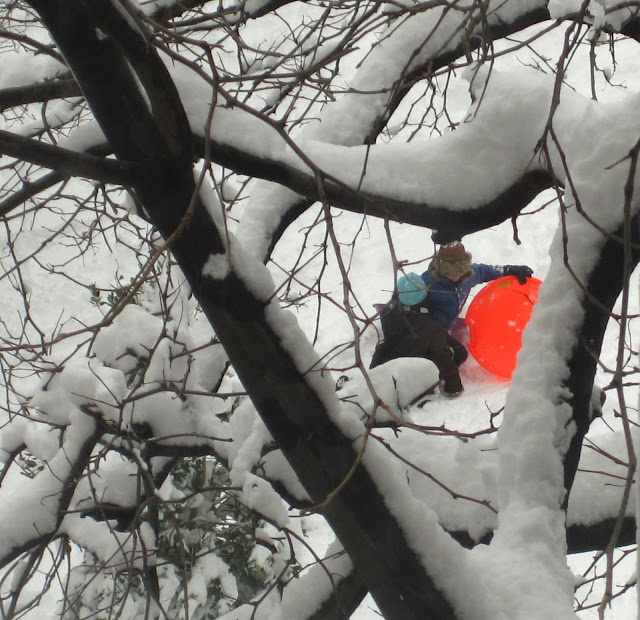 New York City public schools are closed for only the seventh time since 1970, and where I live the children are out with their sleds, very happy campers. When they were younger, my kids were out there too, cavorting with their friends, while we parents took a moment to catch up with one another and build neighborly connections. I miss those days, but the view from my window this morning infuses the memory with a certain sweetness. Nineteen inches fell, just one inch less than the great Boxing Day blizzard of 2010. But by now, we've had so many intervening snowfalls, New Yorkers are unfazed. Besides, the forecast calls for more snow tomorrow, and Saturday too.