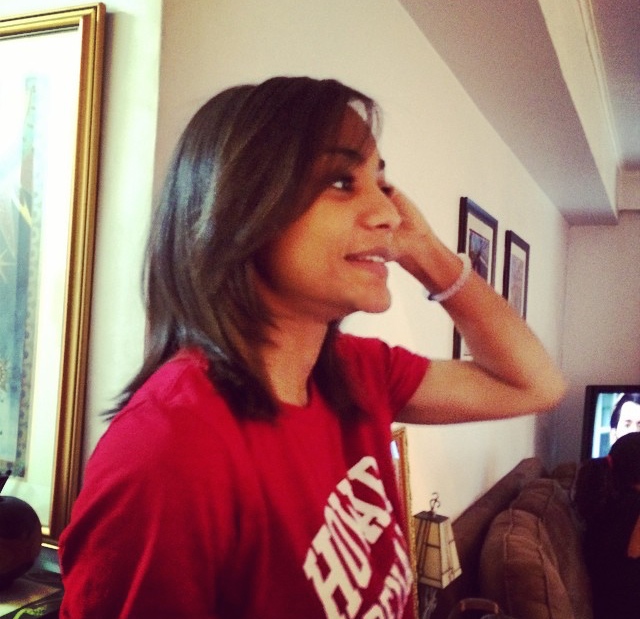 Guess who's back in town? My lovely niece, our reigning queen of bad television, with whom I watched all six episodes (so far) of the Lifetime series UnReal, about the making of a reality TV show and all the psychological trickery that goes down behind the scenes. And then she fell asleep on the couch under the red blanket, while I worked at my computer in the armchair, which prompted my husband to say when he got home from work, "Well the house looks familiar." Love this one. She's fresh from dental school exams and leaves Friday morning to accompany her little sister to a squash tournament in Barbados, but she'll be back at the end of the month to spend the remaining weeks of summer with us in New York. As my son said when he heard she'd be with us for a few weeks, "Well at least one of my sisters hasn't abandoned me." His other sister, of course, is having a fine summer doing marketing research for a documentary film while living on campus upstate. She seems happy, which makes me happy. (So I won't mention that my son has been diagnosed with a torn ACL, which will require knee surgery in September and several months of rehab. He's taking it fairly philosophically, so I'm taking my cue from him.)