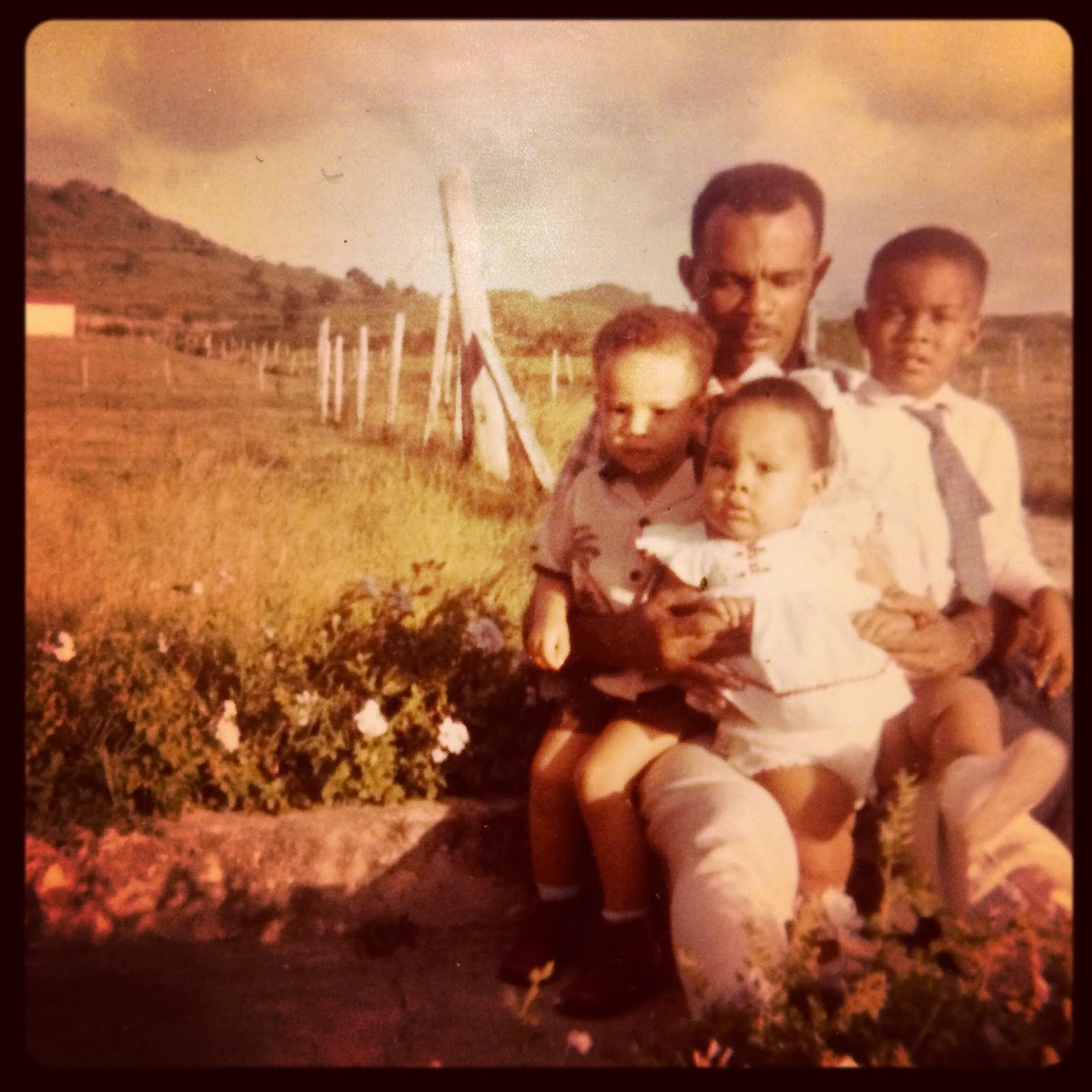 We are just back from Antigua where we laid my husband's father to rest at the same spot as his mother, so that the two might be together for eternity. Theirs was a great love story, and more than one person joked that when my husband's father finally arrived in heaven, my mother in law, who had gone five years before, probably greeted him with the question, "What took you so long?" The boy on the right in the photo above grew up to be my husband. 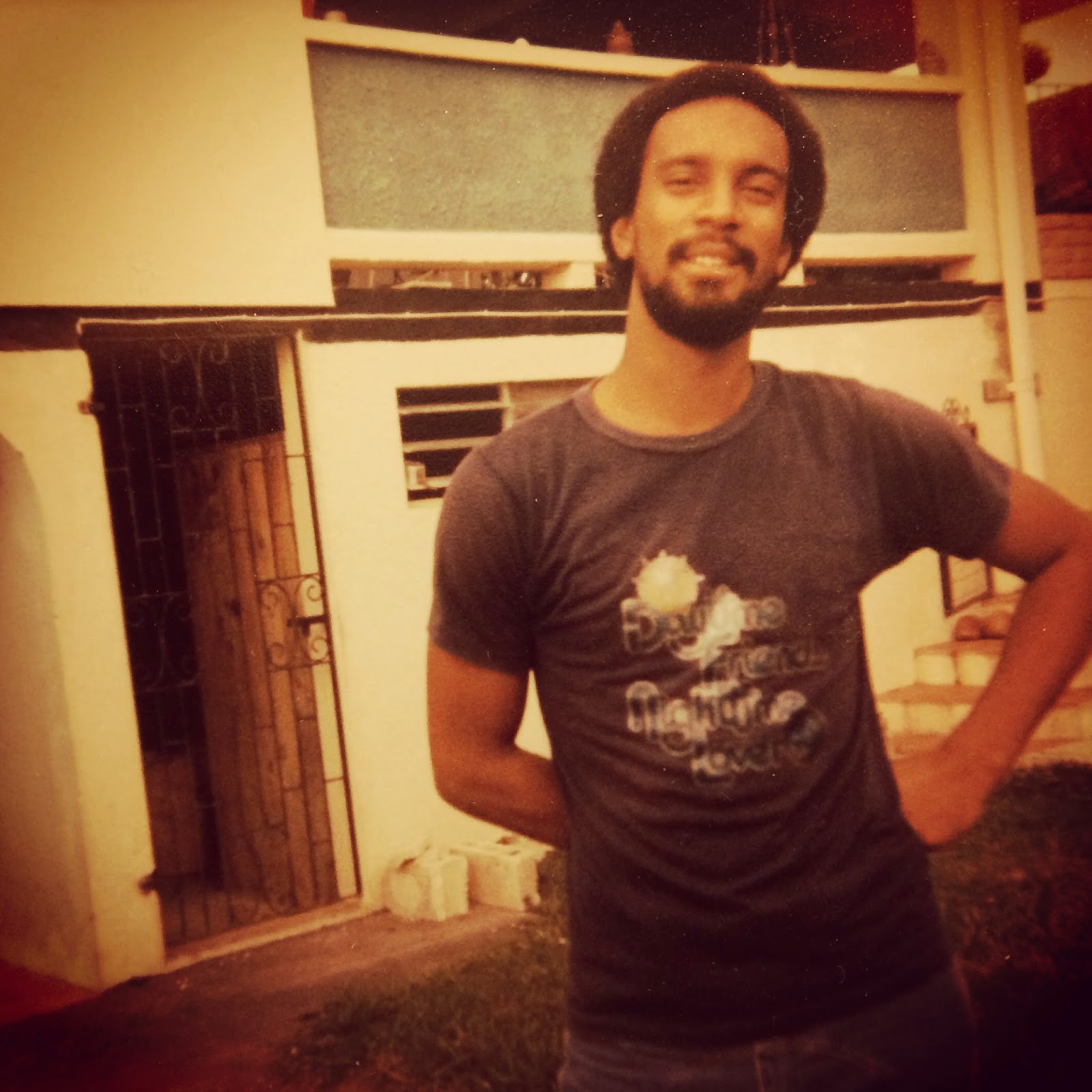 The man I married is 19 or 20 here and sported an afro. Everyone who sees this photo now gets confused, thinking it is our son. 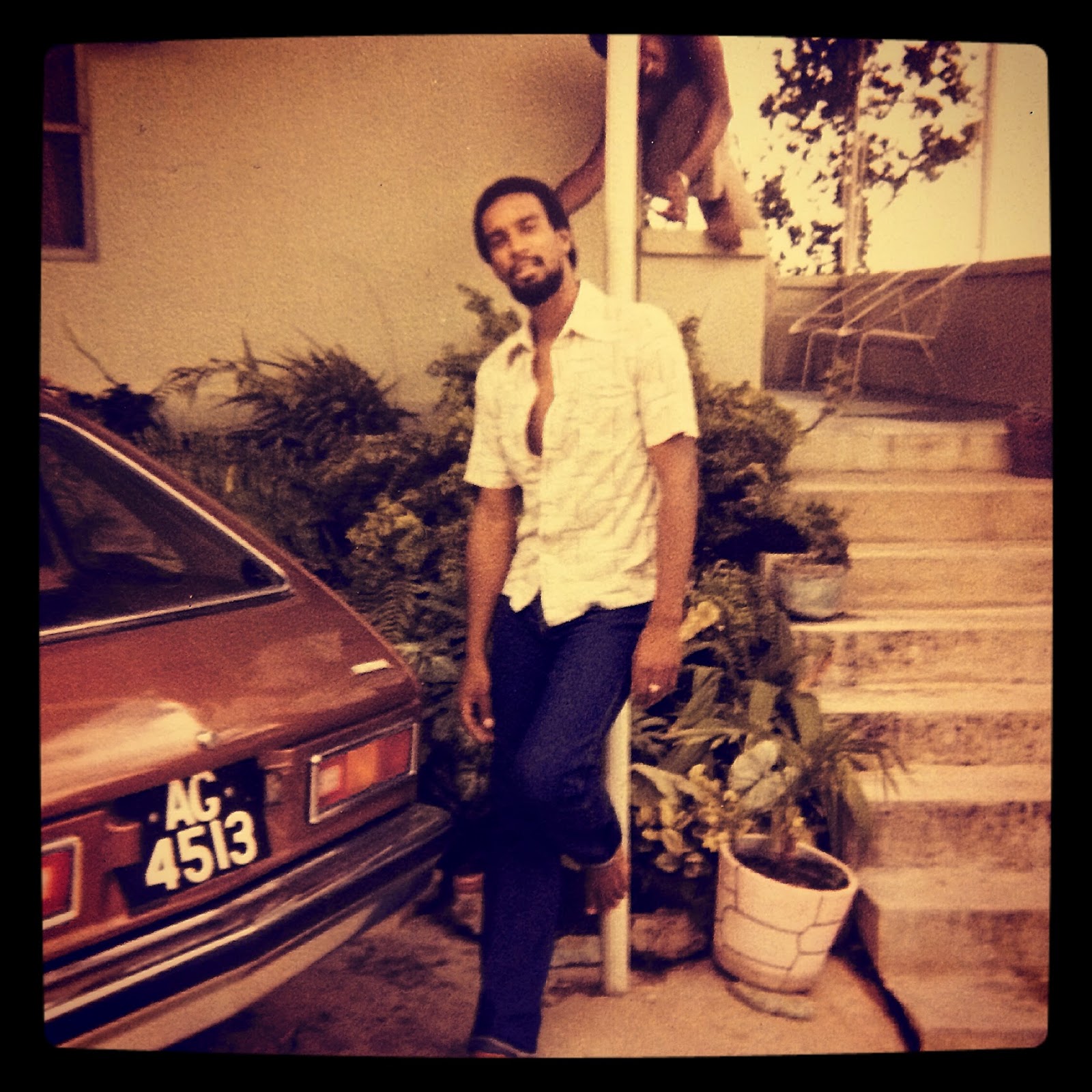 This is how my husband looked when I first met him. He was in college then, while I was already "a sophisticated New York woman," as he puts it, working full time. Yet as I recall the first time I laid eyes on him the thought came unbidden into my head, "I could marry this man." It was so unlike me. Growing up, I never daydreamed about getting married. I thought no one would choose chubby me, so I didn't waste time fantasizing about it. I knew I would have a least one child though. I always knew I wanted to be a mother, and had decided that motherhood didn't necessarily depend on someone choosing me. And yet there it was. That thought in my head the first time I saw him. 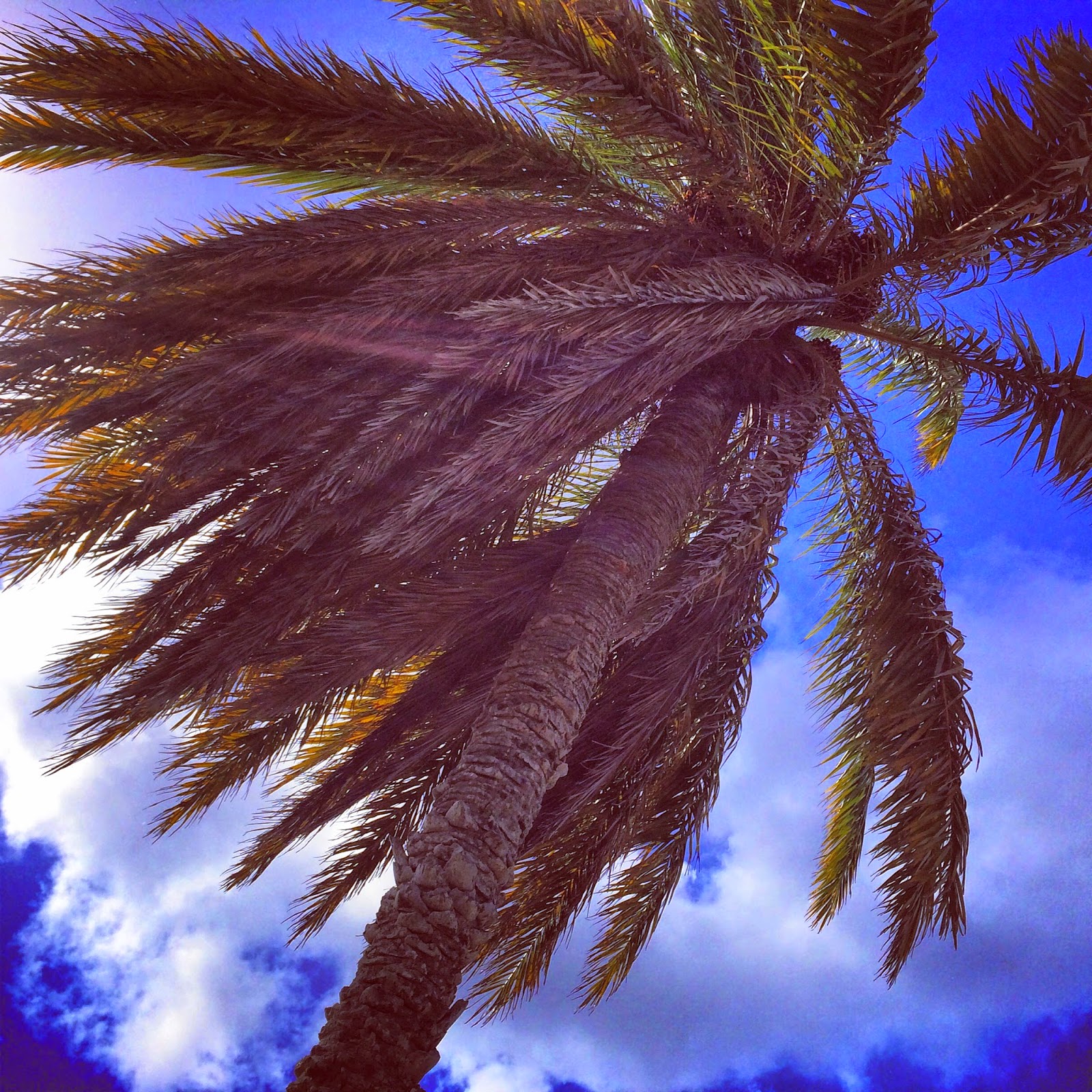 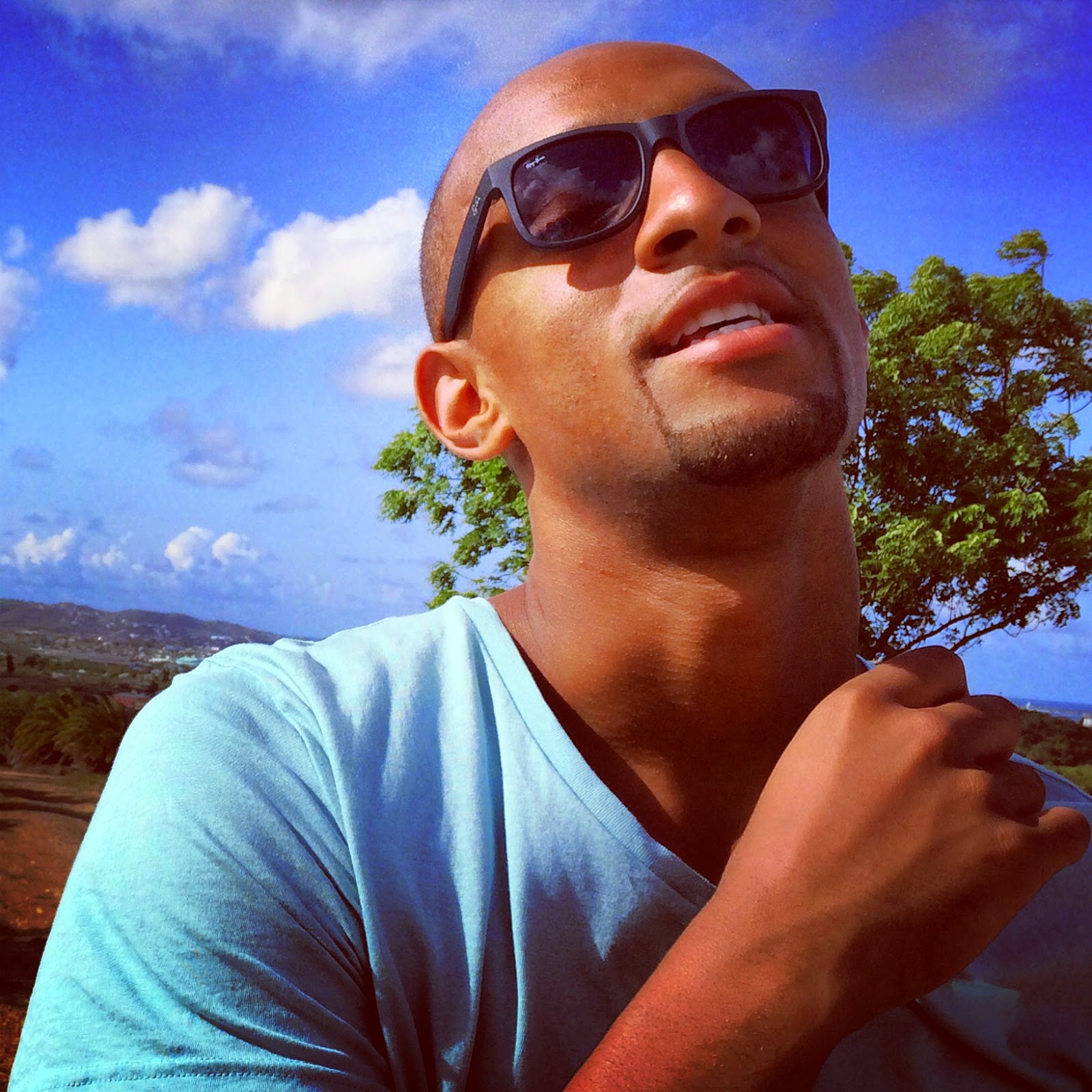 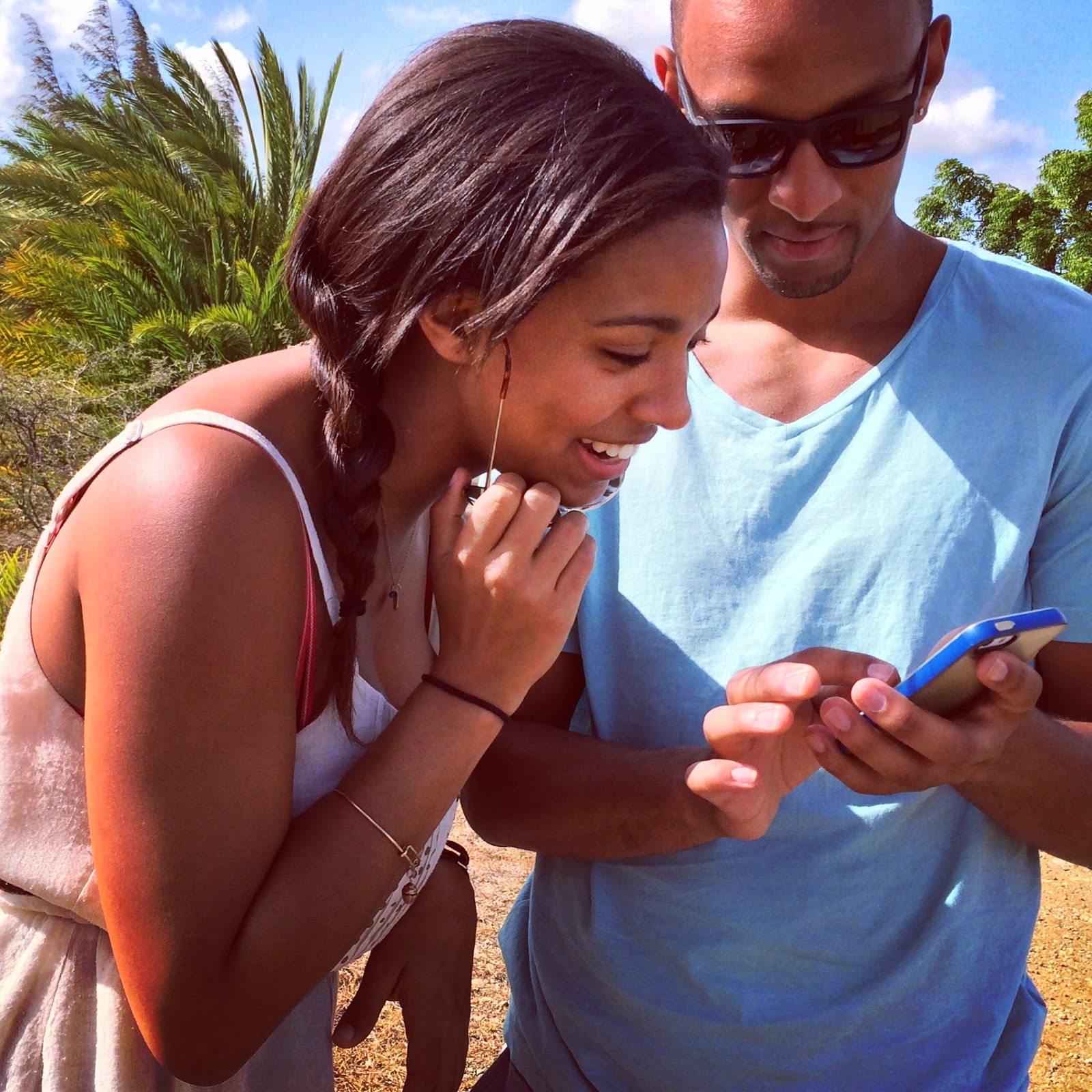 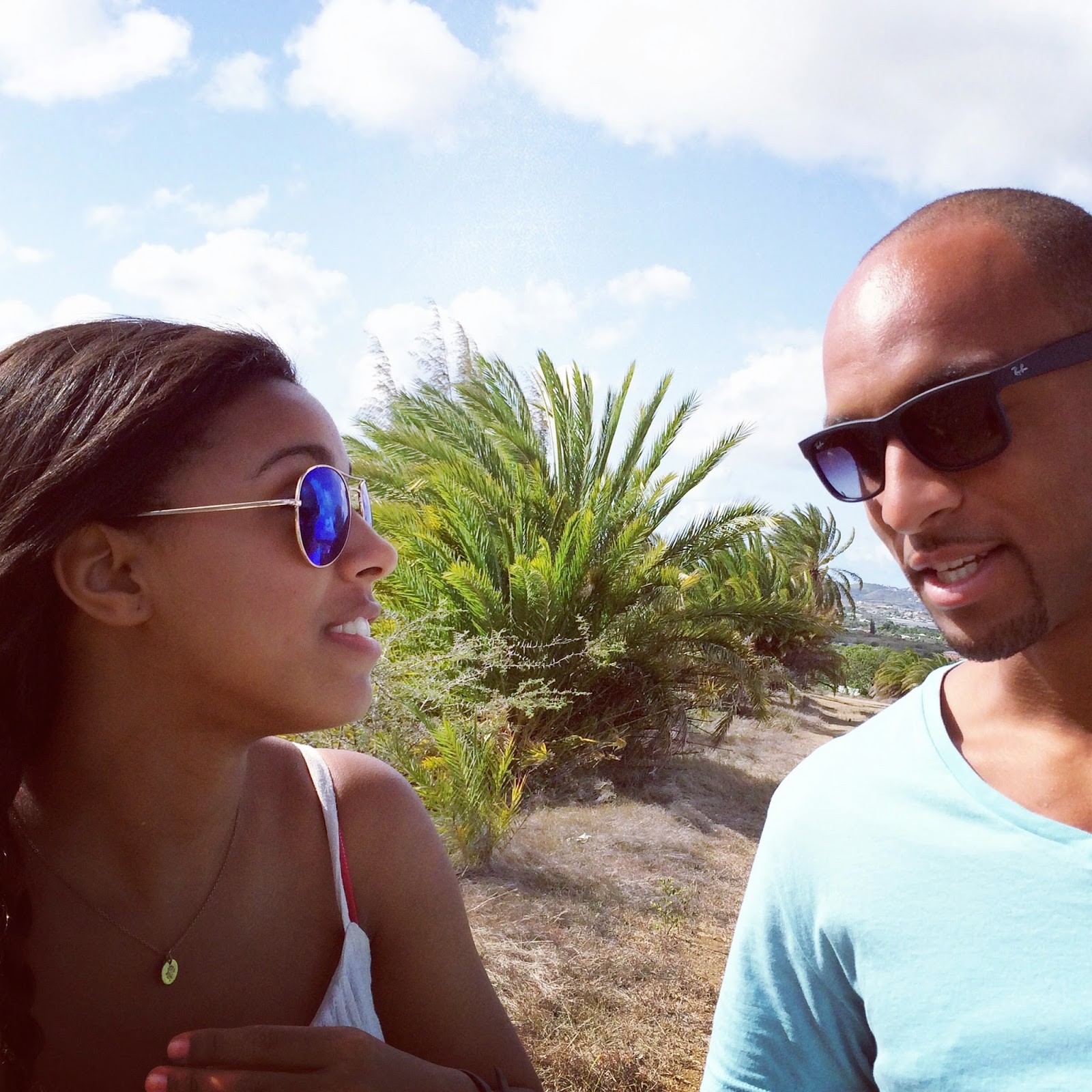 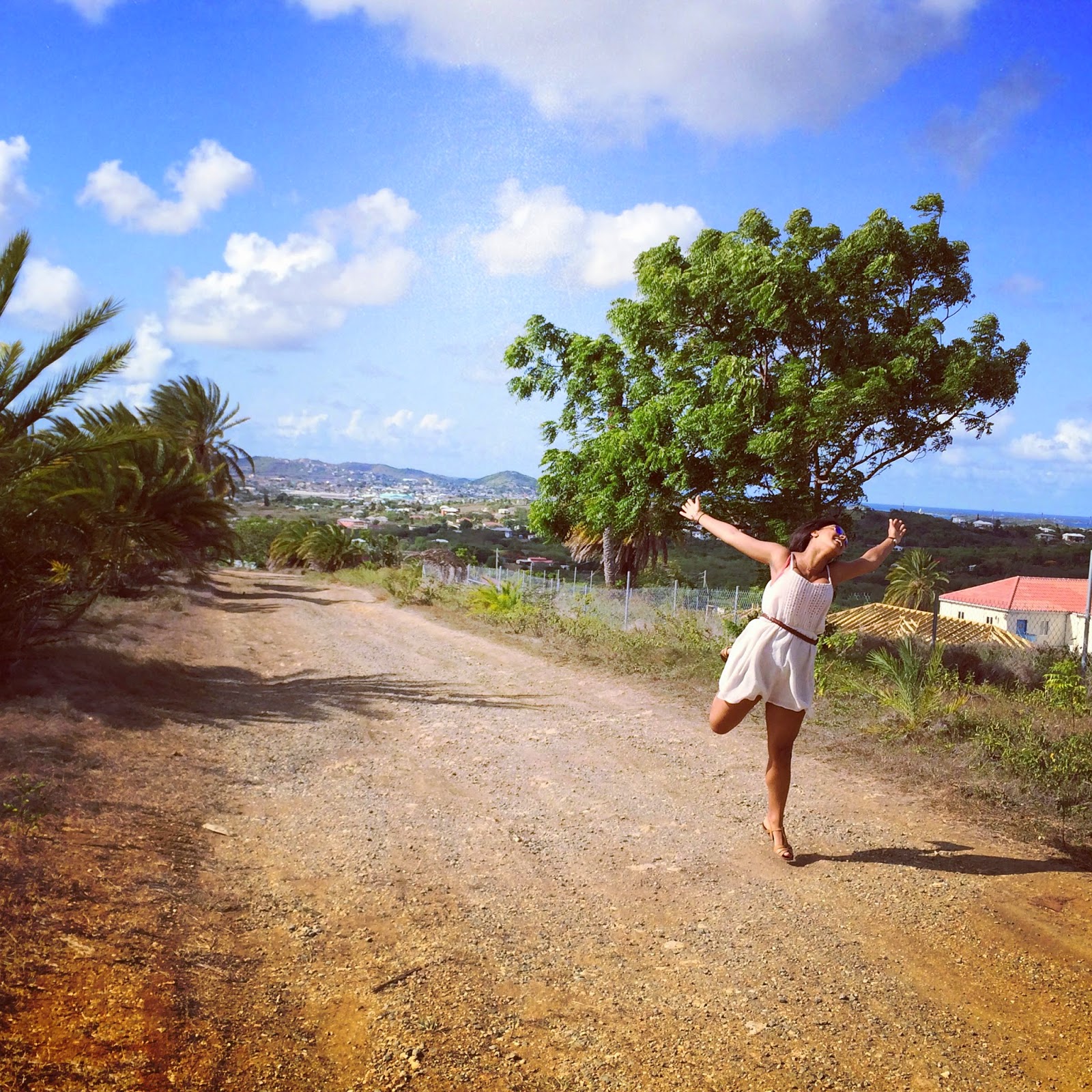 My children were super happy to be together again after being apart all summer. They chatted and joked and laughed and caught up on their news and ganged up on their parents, mostly their mother, pushing every button they could find. 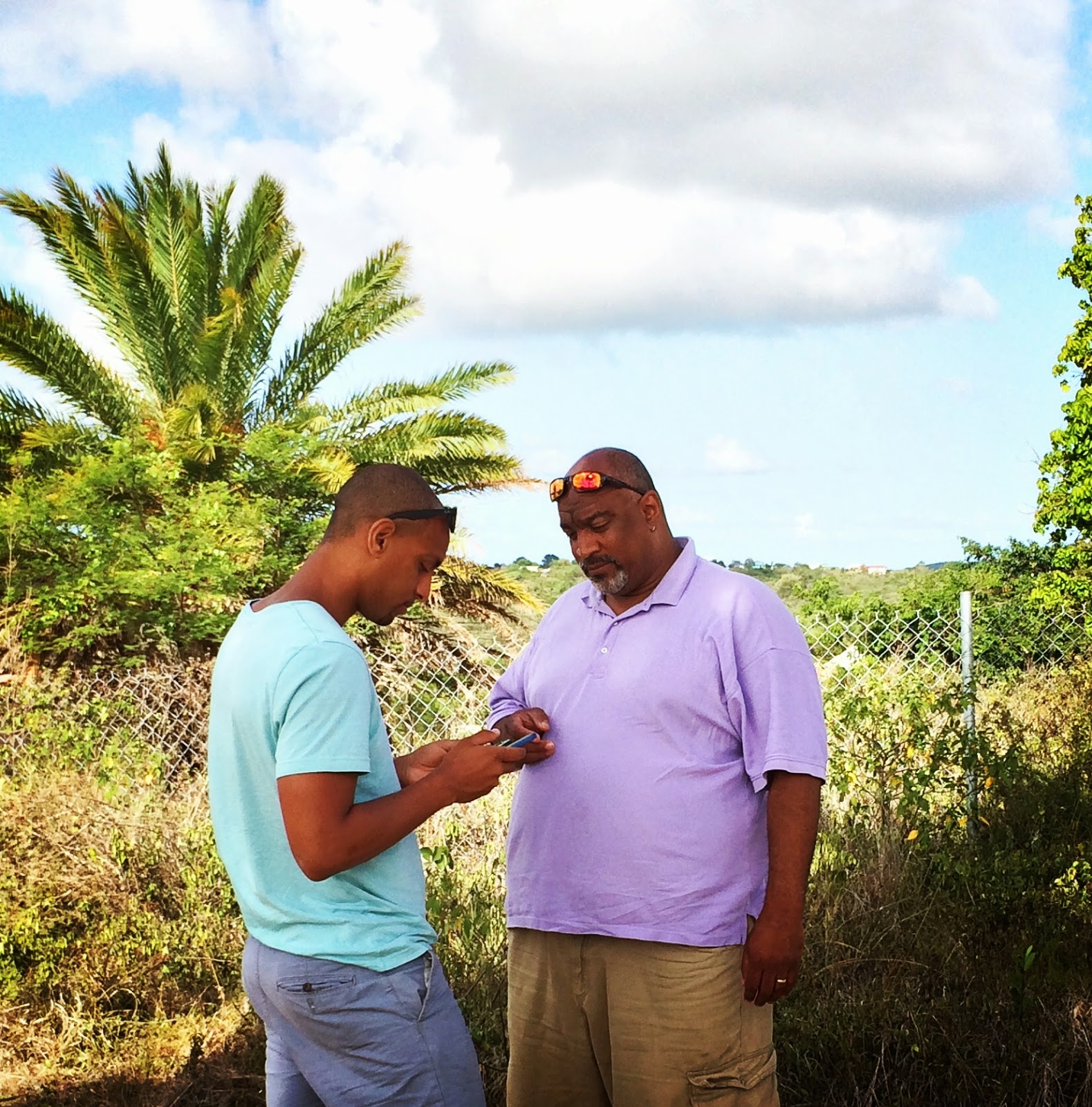 My husband drove us all around the island the first day. We visited his childhood home on the agricultural station up at Oliver's, taking in the views. Occasionally he got phone calls related to the funeral arrangements and the repast and would pull over to finalize the plans. My son, who had been his right hand all week, took notes on his phone then resumed bantering with his sister. In the photo below, she was trying to give him a gleeful little sister hug, and he was playfully brushing her away. She was not deterred. 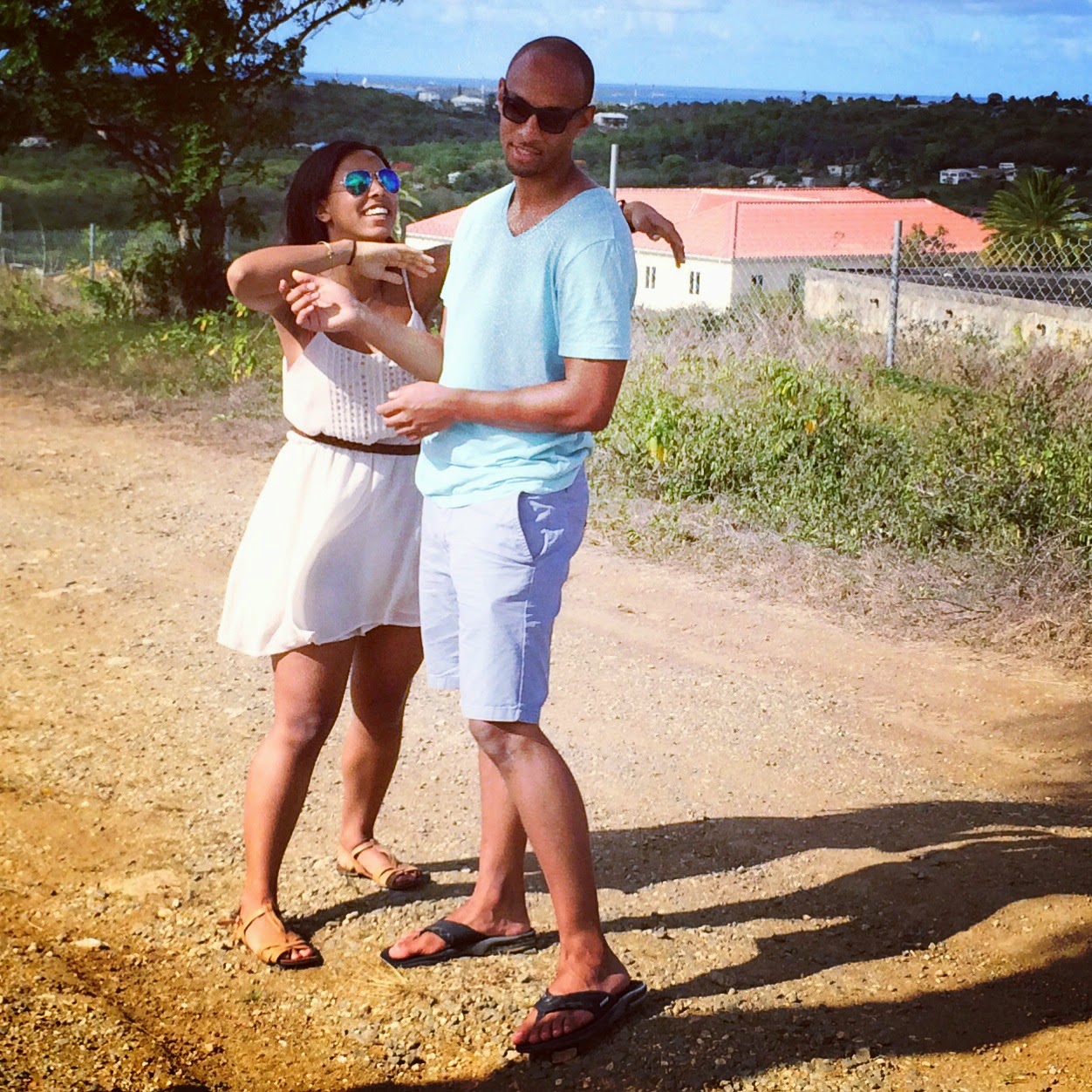 I took hardly any photos on the day of the funeral. I miss them now, the photos I didn't take. Somehow, everything felt too fragile, and me pointing my camera would have felt like an intrusion. I got only this one photo of my daughter and me getting ready. 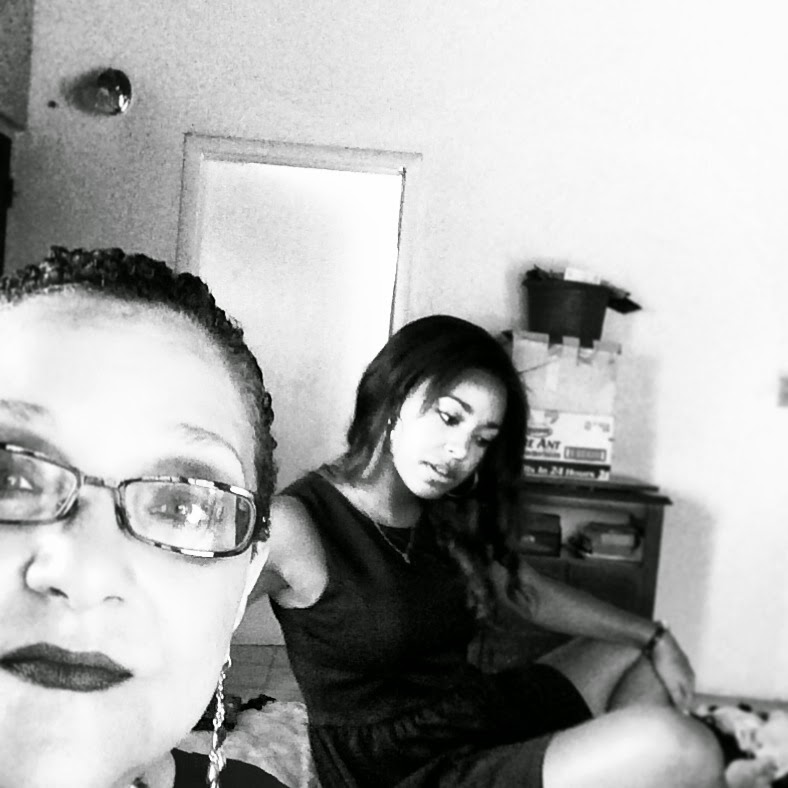 The next day, our last, we went to "the family beach" at Half Moon Bay, brother, sister and their families, plus three cousins of my husband. My husband took photos and perhaps I will put some of them up later. Those are some of our heads, tiny dots bobbing in the water. 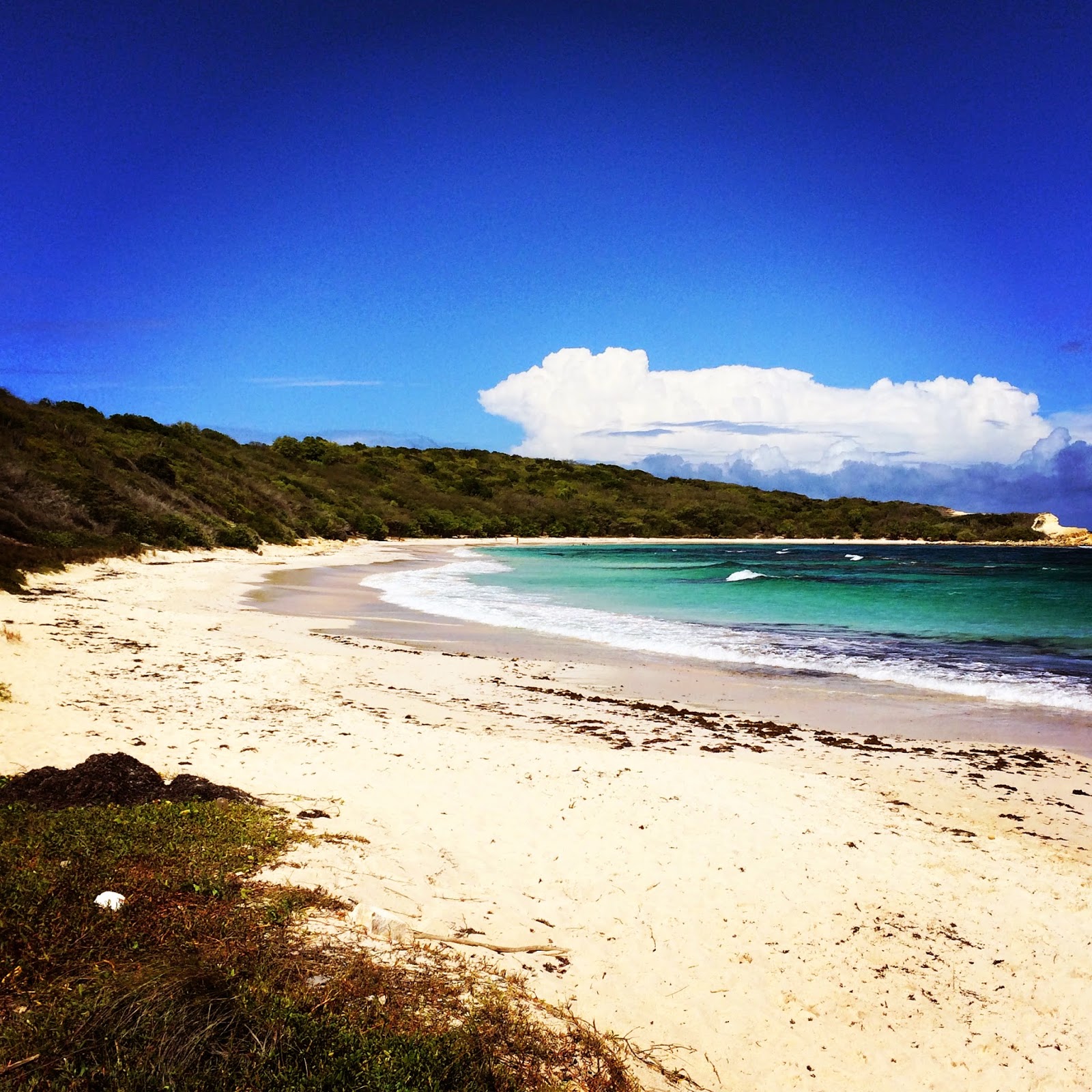 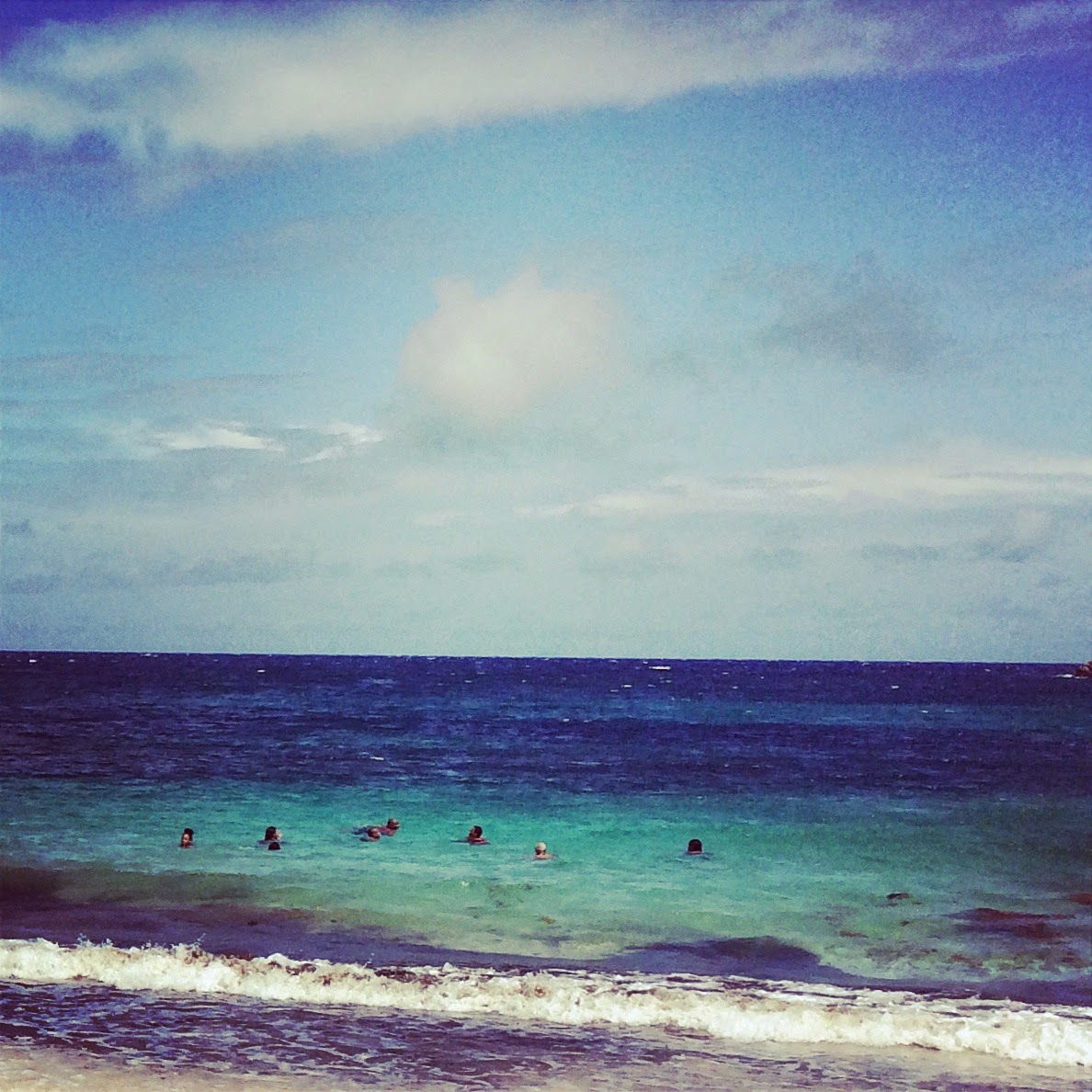 We stayed with my husband's cousin Gunny, who was one half of the couple who introduced me to my husband 31 years ago now. He is the sweetest, kindest man. He did so much for us this week, including helping to organize the repast which at the last possible minute was relocated to his home. We couldn't say thank you enough. Eventually he said, "That's it! No more thank yous. You've used up your quota! We are family. This is what we do." There was still so much to thank him for but after that we said "I love you" instead. That is the view from his driveway. Before his neighbors built that yellow house he used to be able to sit on his car port (where my kids are sitting and playing with his dog below) and see the blue sweep of the Caribbean Sea. 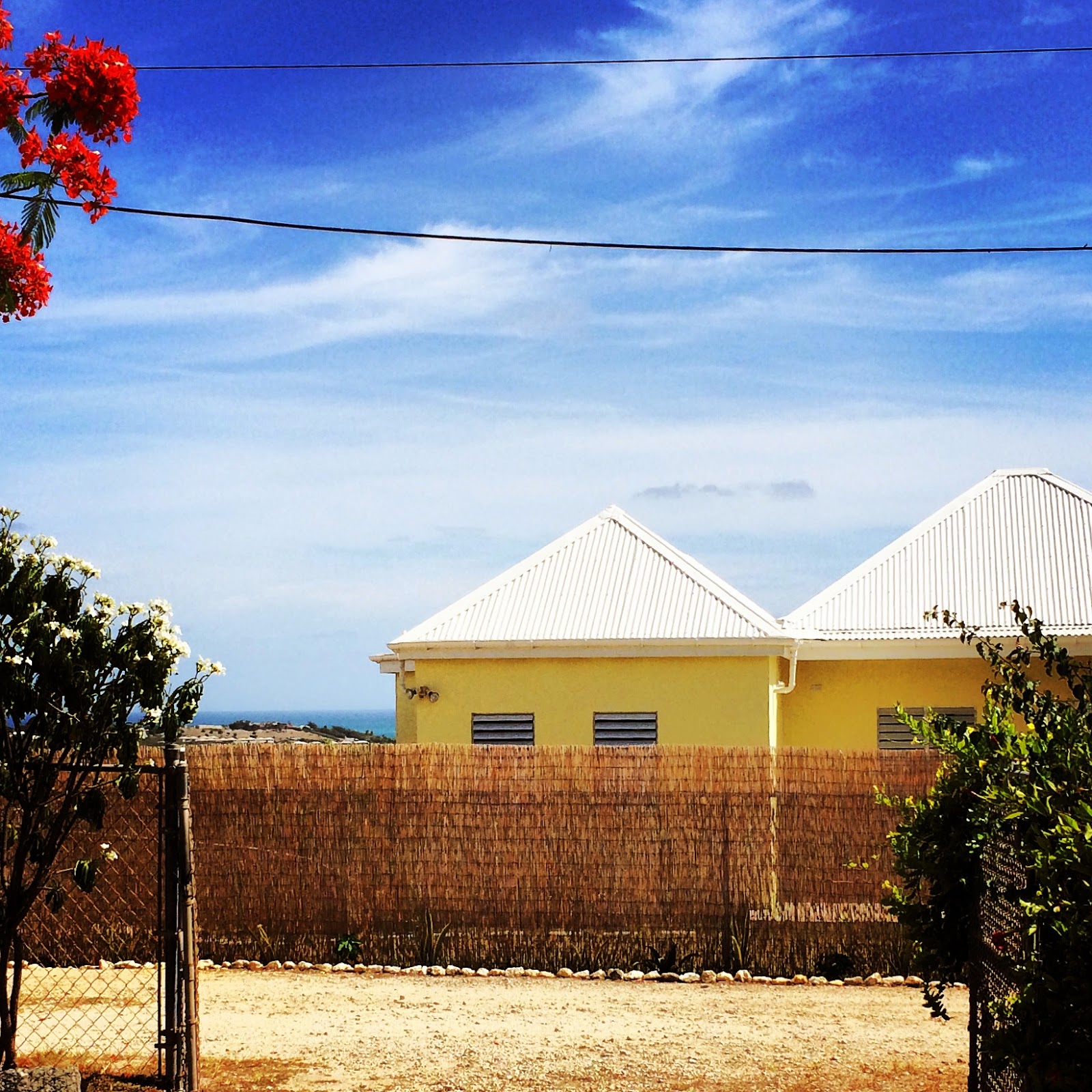 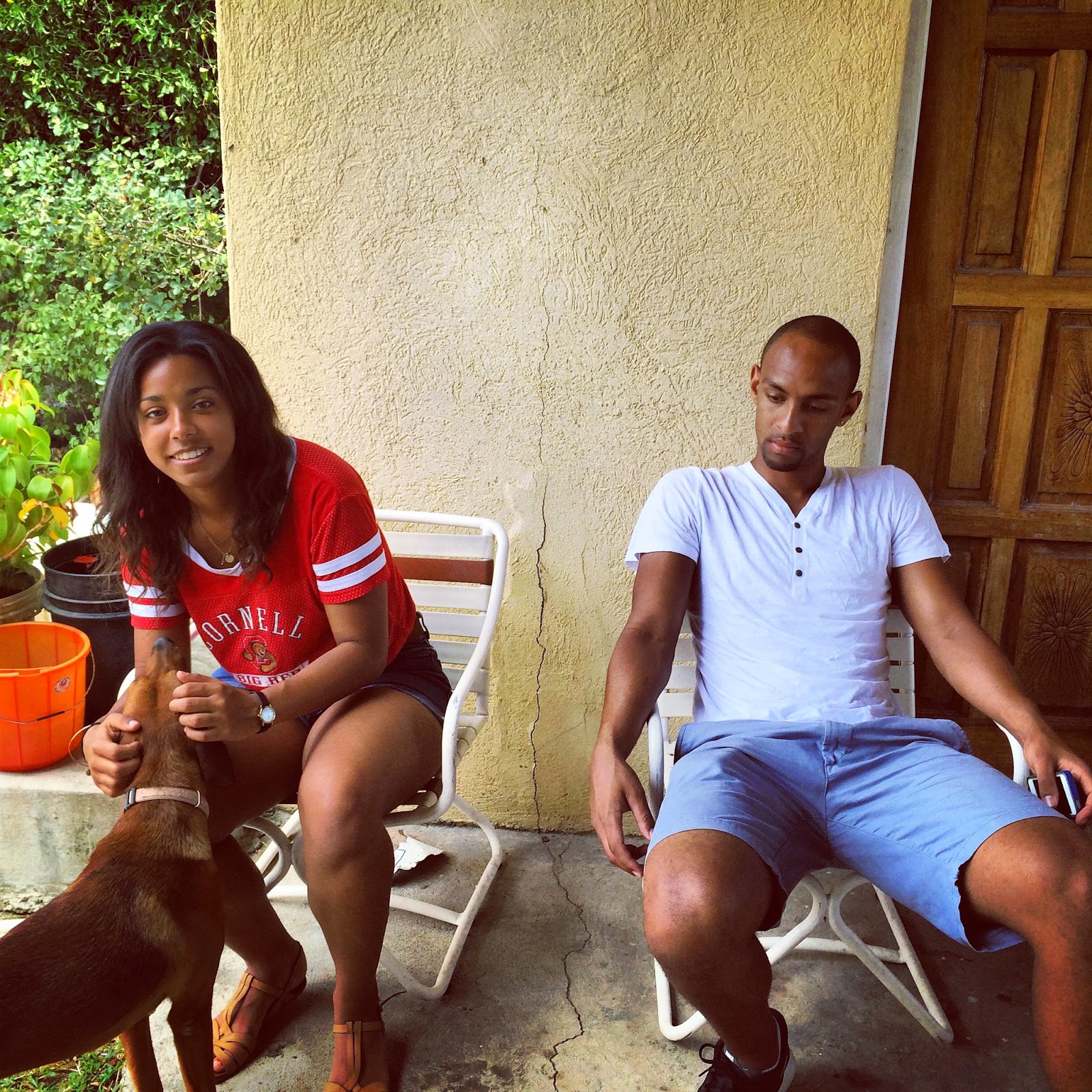 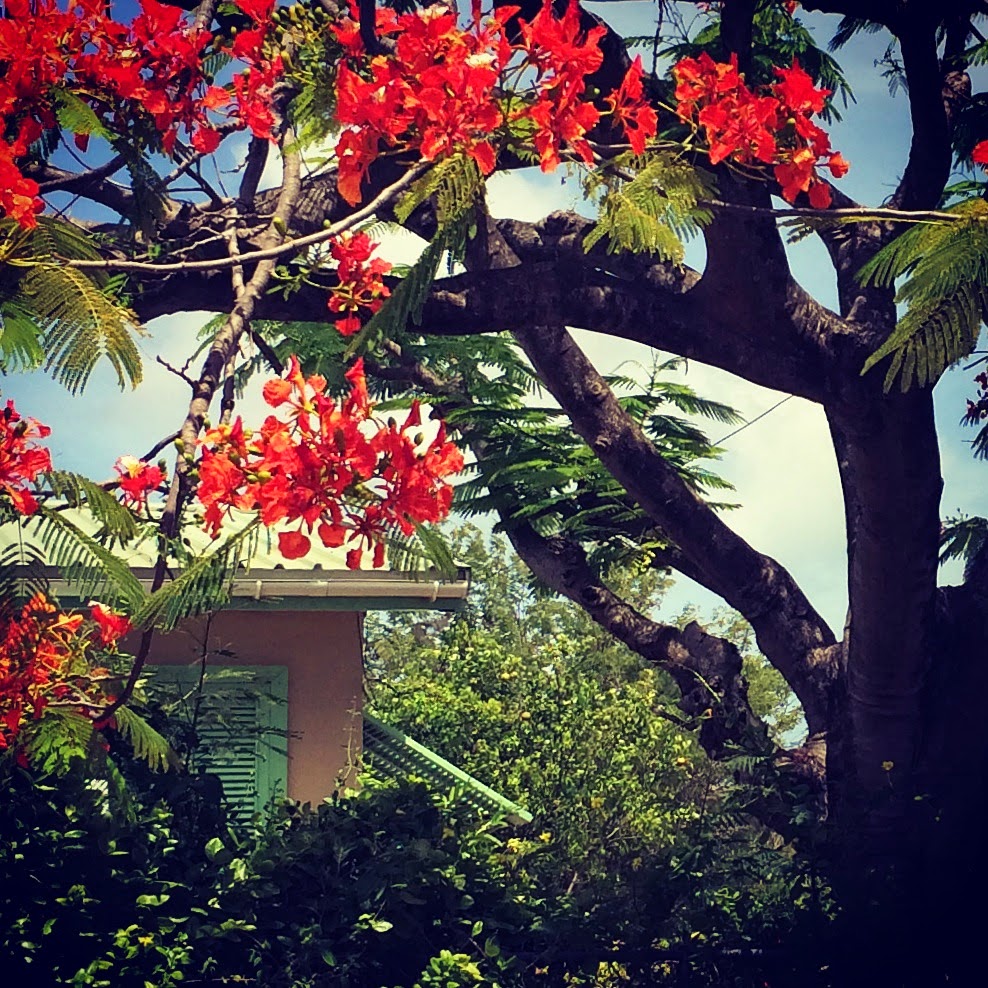 My husband and my son are named after my husband's father; they are Radford Arthur the first, second and third. It was strange at the funeral to hear the name of my husband and of my son being spoken in the past tense. They both admitted that every time their name was said, they flinched a little at the weirdness of it all. 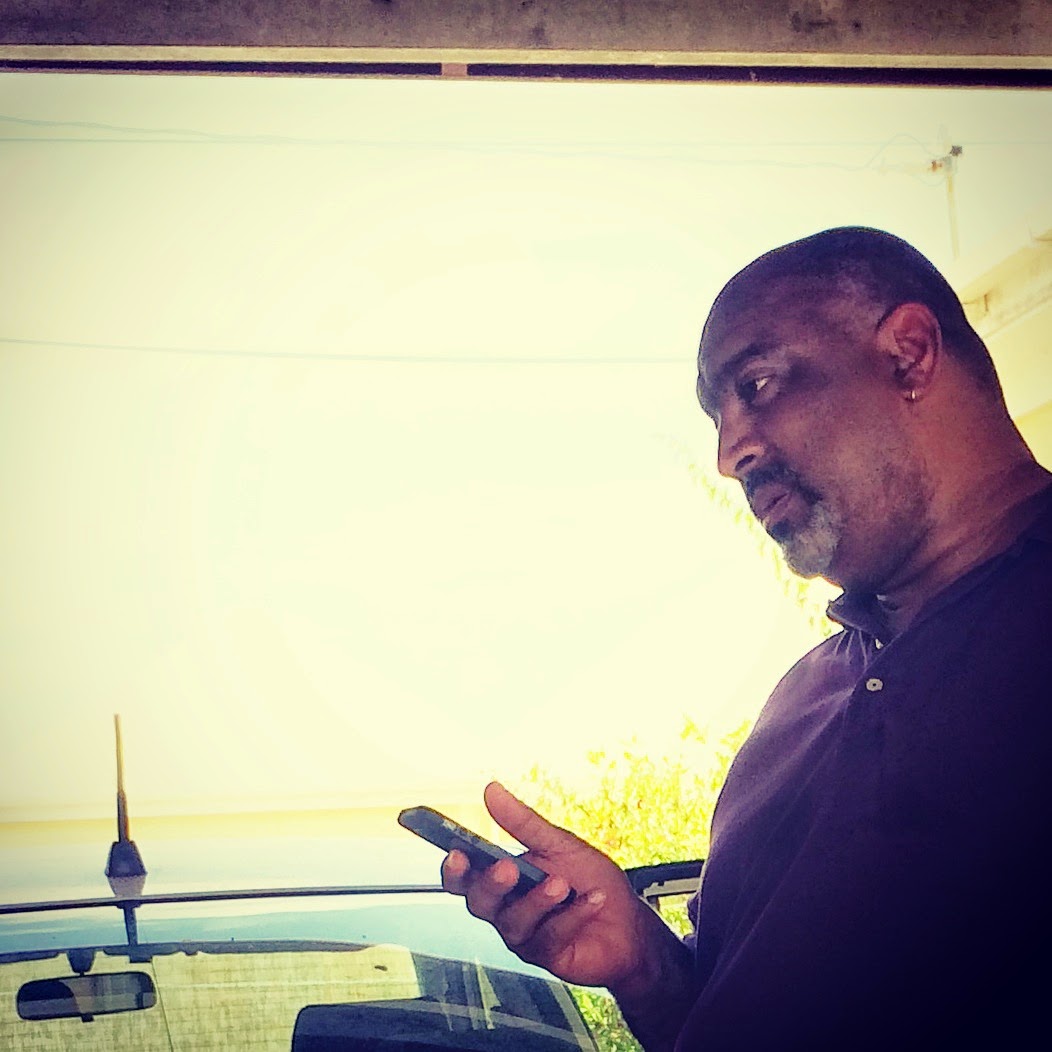 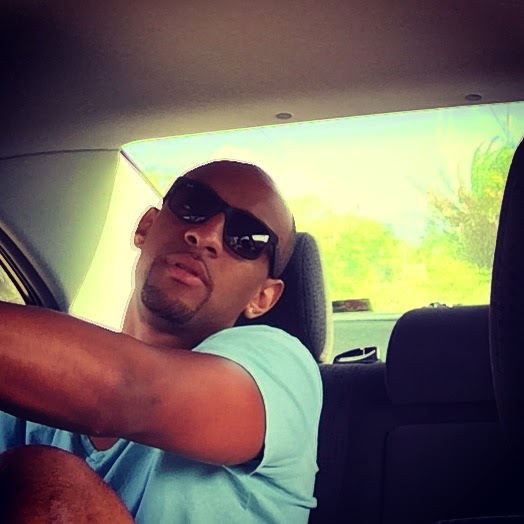 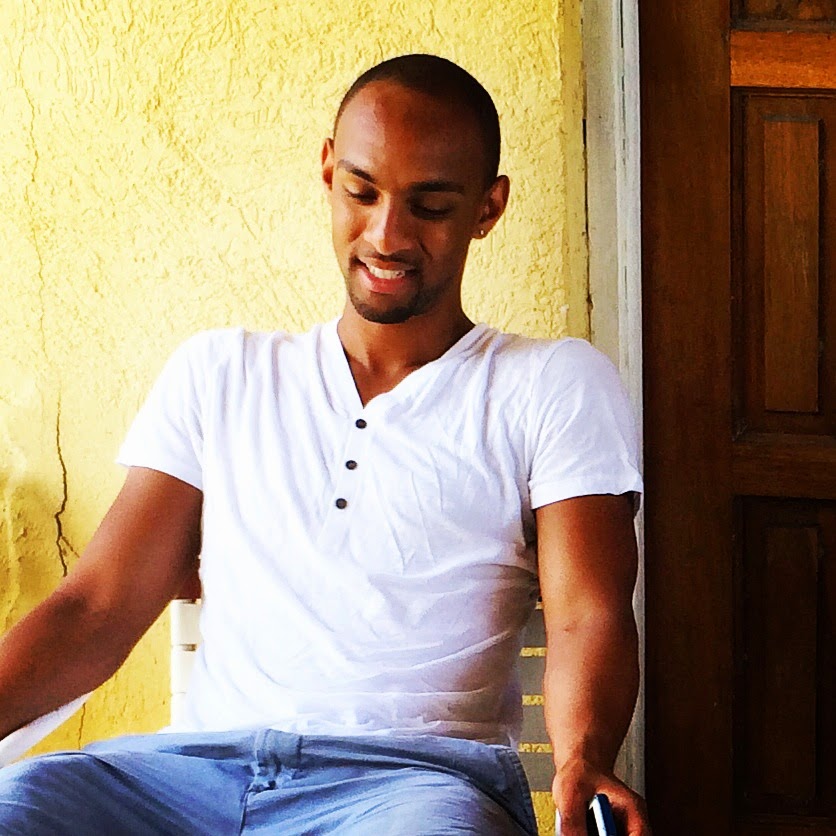 There were so many moments I could not capture in photographs: My brother's in law's beautifully written eulogy for his father, his voice quivering through the delivery; the tears leaking from my husband's eyes; my nieces sitting poised and painfully contained at the viewing; the three sons and three grandsons, unbearably handsome and heartbroken, carrying their father and grandfather's coffin out of the church; the delicate dance of family members, the older aunts and uncles, the siblings and the cousins reconvening; the hot sun beating down on us as we sang hymns at the graveside; the repast, gratefully consumed as evening fell and cooled the air; the two older brothers and their sons sharing stories late into the night, drinking 10-year-old English Harbour rum, my daughter in the midst, laughing at the stories—all of it exists only in memory. But though I miss the photos I did not take this week, I think it was right to refrain.