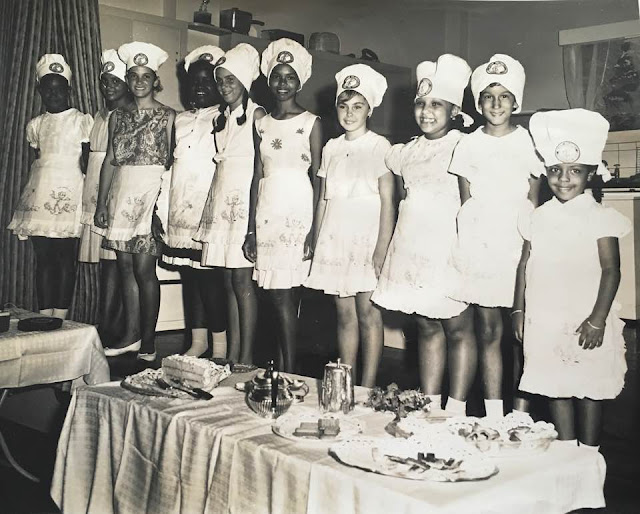 My cousin, Aunt Beulah's oldest daughter, combed through her parents' photo albums to put together a video memorial for her mom's funeral in hurricane ravaged West Palm Beach last weekend. She found some unexpected gems, like these two cooking class photos taken back in the sixties. Then five years old, she was living with us in Jamaica for a few months while her parents toured "the continent," as Europe was known in those days. My mother enrolled the two of us in cooking classes, and my cousin has very detailed memories of seasoning chicken with vinegar and even having her picture with oversized chef hat end up in the local paper. She's a fine cook today. As for me, until I saw this evidence with my own eyes, I had no memory whatsoever of being in that class. That's my mom beside me in the second picture, her face half hidden by my cousin's headwear. I look as if I am serving her a cup of tea, while my cousin is offering a slice of cake. If you can't figure which one I am in the lineup above, I'm the chubby one, and my cousin is the littlest. I guess you can't fault my mom for trying. 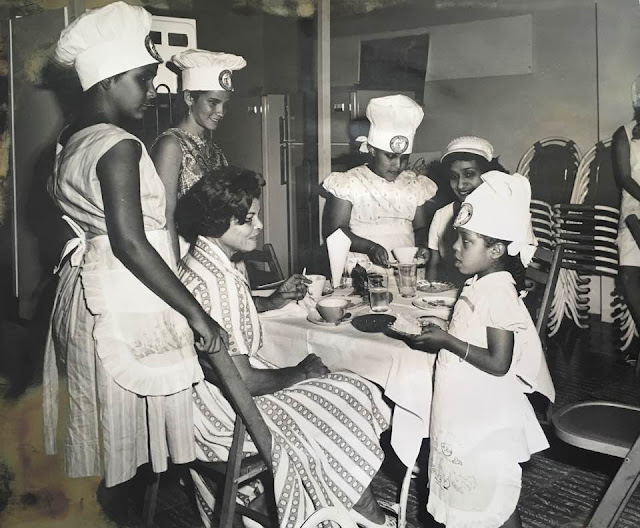