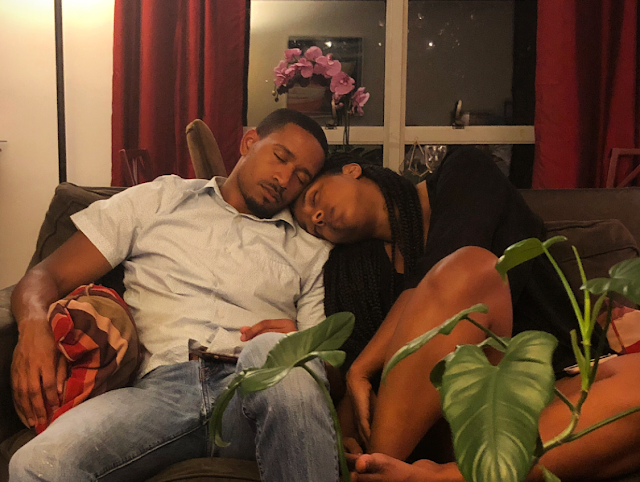 My daughter's boyfriend's mother and sister are in town for the weekend. They're staying with us. It was his sister's birthday earlier in the week, so we did cake and candles and the happy birthday song. We stayed up late last night talking and laughing, until my girl and her guy, hardworking stiffs, feel asleep in our midst, and we two mothers looked over at them fondly, then looked at each other and smiled.

We have a plan to walk the High Line later, even though the forecast calls for rain. The High Line is an elevated park built along an old railway line that runs for more than twenty city blocks, with breathtaking views of the harbor. It's one of my favorite places in the city. Right at this moment, the sleeping beauties from last evening are bathing and settling in an old dog they are fostering. They picked her up this morning, and say she's serene and gentle. I think they've already fallen a little bit in love.

There is so much going on in the political universe I can't keep it all straight, but yesterday, I was particularly disturbed by news that notices of denaturalization proceedings have already started going out. Naturalized citizens who at any point availed themselves of public assistance of any sort, including Obamacare, could have their citizenship revoked and be deported. I guarantee you, the main targets of this task force will not be naturalized citizens that look like Melania's parents, who were sworn in as new Americans this week. So much for Republicans' loud disdain for family reunification, or, as the president calls it, chain migration.

Our family is one big long chain, starting with my Aunt Winnie in 1949. She sponsored all eight of her siblings and their children. Scores of us set down roots here. And now my children are American born, and my grandchildren will no doubt also be born here. Even though I don't recall ever needing to avail myself of public assistance of any kind (and aren't I one of the lucky ones), it seems that every week the denaturalization task force adds a new deportable offense designed to allow them to throw black and brown people out of the country. We all know this is the objective. If they could deport Native Americans, too, I'm quite sure they would.

I never thought that in my lifetime, I would know first hand what it's like to live under a fascist regime. I feel slightly schizophrenic that, in the midst of it all, we still laugh with houseguests, foster homeless dogs, and make plans to walk in the rain.