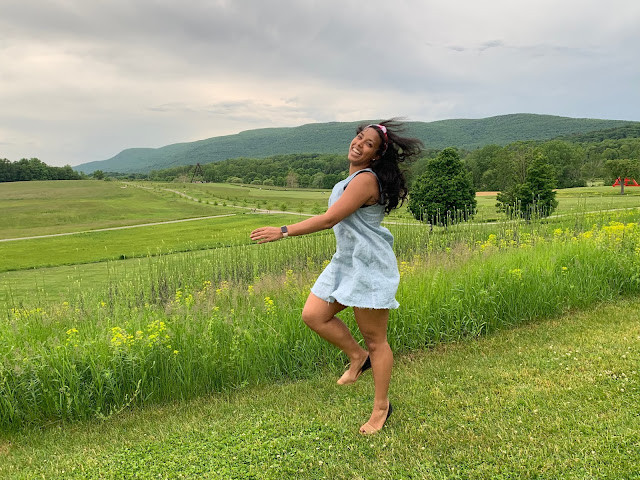 That's my daughter earlier today. She looks happy! My niece who now lives with us hung out with my daughter and some of her friends today—they went to Storm King Art Center, which is a park with outdoor art installations and lots of trees and rolling green fields perfect for photos. All for the gram of course. 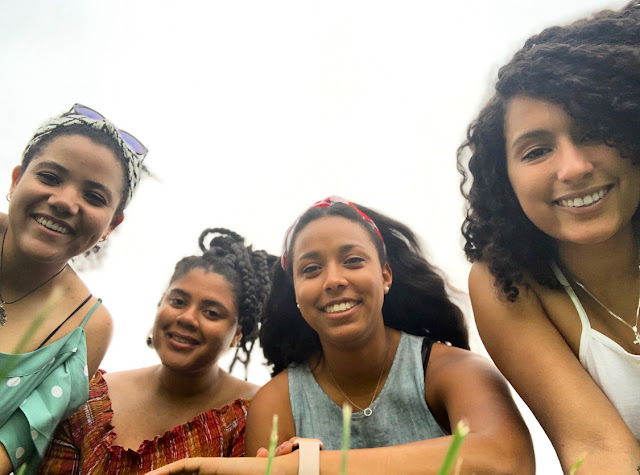 In the photo above my niece is on the left, my girl is second from the right, and next to her in the middle is one of my heart daughters, who spent two summers in our home and who's been one of my daughter's closest friends since second grade. They went to Thailand together a couple years ago. And here another image from Instagram of my girl against the vibrant red of an art piece. She gave me permission to post. Said they had a wonderful day. 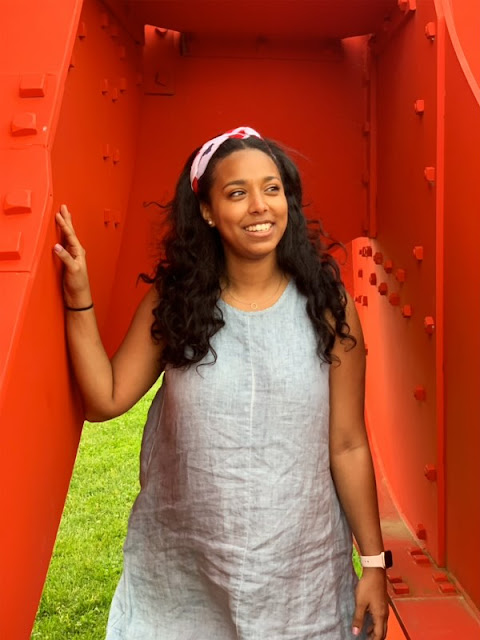 Last week, on the night my niece Dani moved in, my daughter came over and we cleared out my son's chest of drawers and closet—completely. I was in awe of my daughter, who led the whole operation with dispatch. She made piles of clothes and other items and when everything was out and as my niece vacuumed the now empty closet, we Facetimed with my son. His sister held up one item after another and he said "Keep" or "Toss" and just like that it was done.

We put everything he said to keep in a bag to send home with him the next time he comes by, and then the my daughter and niece carried about ten garbage bags worth of stuff to the basement, camp tees, track shirts, sweatpants, hoodies, baseball gloves, lots of shoes, sports equipment past its prime, cans of paint, all manner of things. There were two good suits that don't fit my boy anymore, and a sky blue jacket I once ordered from a catalog that still had its tag attached, that I will never wear, plus three hipster looking fake leather jackets (designer knock offs that my son got ripped off buying back when he was in high school and then felt too embarrassed by his gullibility to ever wear), so we folded and bagged those and my daughter took them to Goodwill the next day. My niece is now ensconced in the room and there is a young person living in our house again. The adjustment feels like nothing at all. She's easy. My other niece and her husband also stayed over for two days this week before flying out to Dallas on Friday morning. They have now officially moved there. But they will be back this week because they have to attend at wedding of some friends, and then they'll be back again in another month for another wedding. 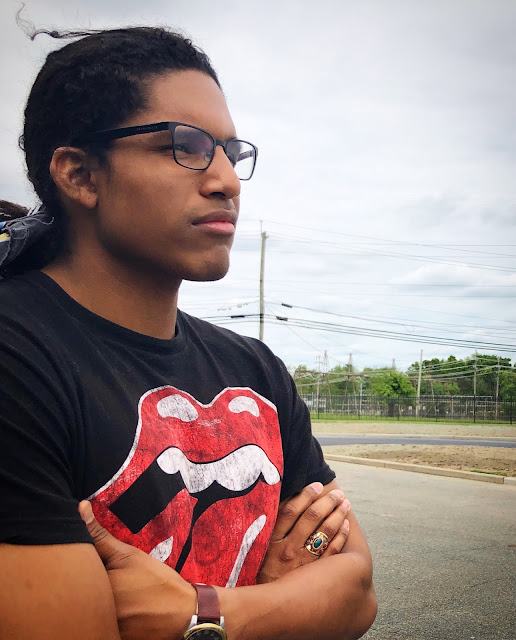 As long as I'm posting photos of beautiful young people, here is one of my nephew. We all went to the interment of the ashes of my Aunt Fay and Uncle Keith yesterday in New Jersey, and then gathered at our cousins' home after for lunch and family fellowship. It was lovely. My cousins are doing well. They are renovating a lovely Victorian in a gentrifying part of Newark, and they seem to have things well in hand, which wasn't always the case. They are two sisters and a brother and the three grown sons of the sisters who all live together, and the house is spacious and accommodates them all beautifully. It used to be a wreck. My cousin tried to give it to the bank but the bank waived the rest of the mortgage and gave it back to her. Even the bank didn't want the house, which had squatters living in it and was in terrible ruin. They tried to find another place to live, all six of them, after their parents died, but nothing came through, and finally my cousin said, well, we have this house free and clear, let's renovate it. She had the vision, and now the house is worth a large number with many zeros, and is only going to further increase in value as the neighborhood is becoming the new refuge for artists and others who can no longer afford New York City. I am so happy they landed like this. I had been worried about them and it was so good to see they will be okay. 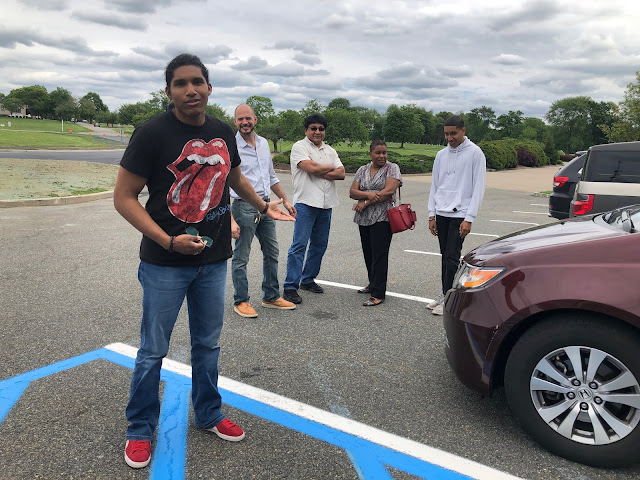 Anyway, our other cousins from Virginia drove up for the day to be at the internment of the ashes and the family luncheon, and my nephew showed up wearing that Rolling Stones t-shirt, which of course I had to post for Mary Moon! He's no longer sporting his huge curly Afro, but these days pulls his hair back into a ponytail tied with a scarf, because he's playing a lot of gigs now and doesn't want his hair in his eyes. He also pierced both ears and wears dangling earrings in homage to his Native American heritage on his dad's side. When he was growing up he looked like a regular Black kid, a beautiful bouncing child, but as he's grown into manhood his Native features have become more marked. He's such an interesting looking young man, and as gentle and goodhearted as they come. He recently got a job running open mic nights for a club. His music career is starting to happen, and he's getting paid, too. 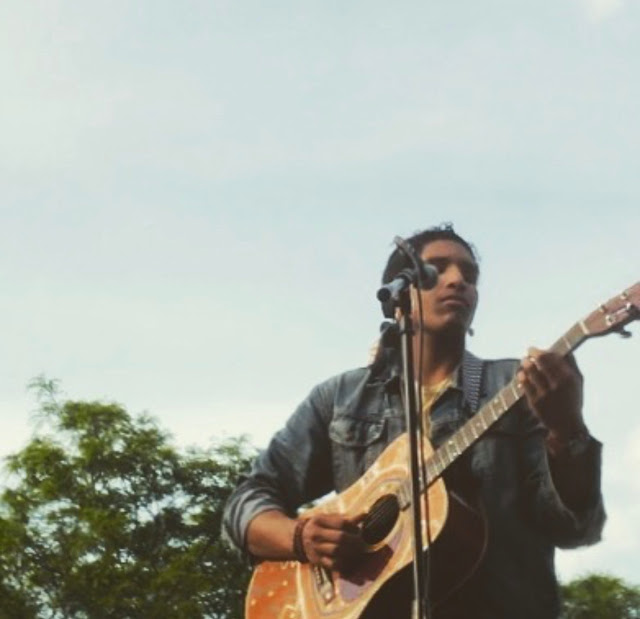