May her memory be a revolution 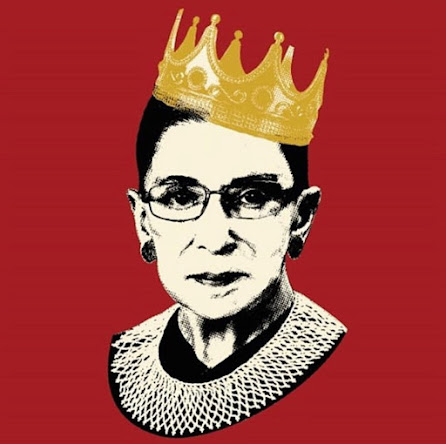 I don't even know how to write about her. There's so much tumbling inside me that I would like to say, I can't be coherent. So I will dispense with coherence, or the expectation that I will do her giant legacy any sort of justice. Ruth Bader Ginsburg, leader of the progressive wing of the U.S. Supreme Court, died as the sun was setting last night. Someone on twitter wrote: Never have so many simultaneously typed the word "fuck." As the news spread, thousands spontaneously gathered outside the Supreme Court. The crowd, almost every person wearing masks, hauntingly sang "Amazing Grace," seeking a way to honor the Notorious RBG. I woke up this morning and the world felt infinitely more fragile, because this champion of equality and democracy and gender rights was no longer in it. Our condolences today go out not just to her family; they go out to all of America, because we have lost a woman who fought for us with her last breath—literally. In her final words, dictated to her granddaughter, she said, "My most fervent wish is that I will not be replaced until a new president is installed." Battling cancer for many years, she tried to hang on for a new administration, one that has not systematically demolished the rule of law, not to mention crushed any notion of human decency. But in the end she died at the start of Rosh Hashanah, the Jewish new year. In the Jewish tradition, a person who dies on Rosh Hashanah is a tzaddik, a person of great righteousness, which RBG surely was. They are the ones who God could not take until the last moment, because they were needed most. I think we should all now don the lace collars she wore with her robes, in appreciation of this warrior for justice, who should have been able to live her last years in peace, instead of fiercely holding together the fraying threads of our institutions and our laws. All over social media people are reposting a call to action: "May her memory be a revolution." May we be worthy as we carry her flame. 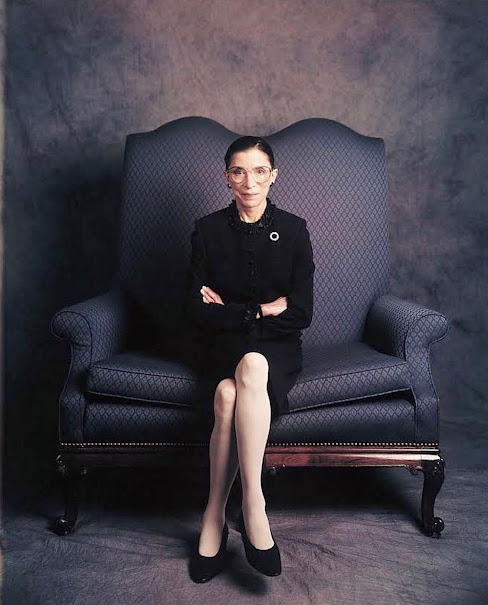