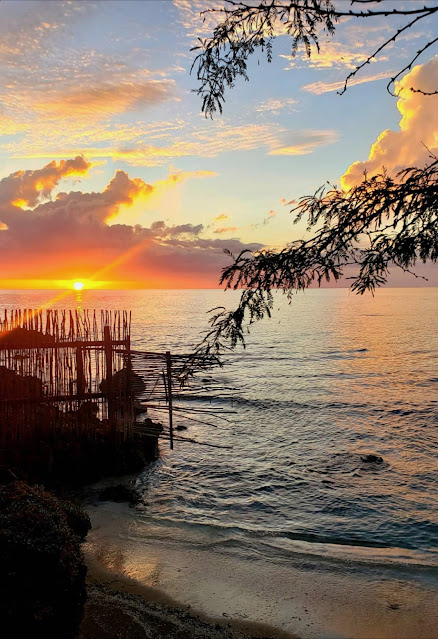 The day I told my father I would not be returning home to Jamaica after I graduated college, he cried. I was on my winter break of senior year, and only one semester stood between me and a life chosen solely by me, in a place of my own dreaming. In truth, I'd first dreamed of moving to New York the summer our family visited my Aunt Winnie and Uncle Charlie there when I was five years old. More than dreaming it, I actively chose it that year, touring the steamy city in my navy blue jersey shorts and navy and white striped top, the unstructured material bunching and riding up on my chubby little body in ways that clothes never misbehaved on the slim graceful girls back home.

But New York didn't care. It didn't judge me, or even notice me to be honest. It just folded me in with a weary sigh, another soul projecting onto its teeming streets her own wildfire dreams. At the time I wanted to be an artist. I imagined painting large canvasses in a drafty loft downtown. By the end of college, I had chosen writing instead. I intended to do a master's in journalism at Columbia and get myself a job at a magazine afterward. That did happen. I rushed headlong into my future without understanding my father's tears, his sense that the world he'd envisioned was not to be, that his raising of me was at an end. I broke his heart, but he never accused me. He only turned his head away and walked out the room blindly, bumping into my grandfather's ship of a desk on the way. I wish I could have that moment back, and be less selfish in it. I wish I hadn't defiantly declared myself, heading off any argument, but rather told him more gently and held his hand. I am a mother now, and there is so much more that I understand.

Now, after four decades of being a New Yorker, I do occasionally wonder why I wanted so badly to leave my birth land, the place where I found welcome on the other side of any door I entered. I recognize now that the attention people paid to me as a child, which I felt as censure and judgment, had everything to do with how I felt about myself, and not much to do with how they felt about me. I now see my mother's church-hatted friends clucking over me after Sunday services, remarking on how fat I was, as simply their way of enfolding me in community, of performing that I belonged. Belatedly, I recall that they praised my good grades in school and artistic talent, too, and hugged me vigorously to their bosoms and pinched my cheeks. But I was never anonymous there, and I wanted to be. I thought it would mean freedom.

I did find the reinvention I sought in New York City, and I also met my husband here. Perhaps I would have met him anyway, as my parents by then had moved from Jamaica to Antigua, the island where he was born. Still, I met him here when I was already working as a reporter for the monthly reincarnation of Life magazine. Our decision therefore was that rather than me giving up a job with some prospects to live on an island that didn't have a daily newspaper, his skills as a biologist were more transferable, and so he would move to New York. Who would our children be if they hadn't been born here, been raised by us here, encountered the particular people who shaped their lives here? It's hard to argue with what is, and yet lately, when I see photos of the spectacular beauty of my birthplace, I find myself as heartbroken as my father was the day I told him I would not be moving back home. And I wonder if I still belong.