I had a couple of choices of how I might spend this day. A friend who's visiting from out of town invited me to dinner with her daughter and a woman we both know. She made a reservation for four instead of three in case I decided to join them, which tells me she understands me. I ultimately decided against being quite that social, dining al fresco with people I haven't seen in more than a year. I'm having a hard time breaking out of my shell. Just contemplating it felt jarring. Another friend suggested we sit on her terrace and drink wine. I said no for today, thinking at first I was going to see my friend from out of town. We might yet sit on her terrace and drink wine tomorrow, depending on how we both feel. She, too, understands me. Friends who don't make you socially beholden are a gift. I've been feeling fragile somehow, count the reasons why. 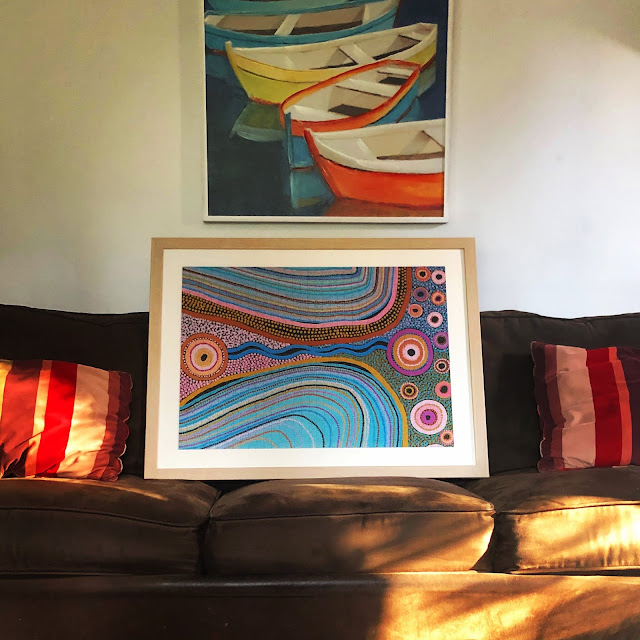 I framed the last puzzle I did, the one that reminds me of rivers. I might hang it over my couch, and move those boats elsewhere. I'm already onto another puzzle now. In this latest one, called "Woman in Flowers," I finally see me. I've never seen myself in a jigsaw puzzle before. Two new companies with an inclusive view of the world—eeBoo Piece & Love and Journey of Something—have turned me into the kind of person who frames jigsaw puzzles. Who sees them as possible art. Nobody's paying me to say this. I just love that somebody sees more broadly than the usual puzzle makers with their English country cottages and Nordic lake scenes and vintage Americana, which never include people who look like me. Okay, I'm done grinding that axe. It's plenty sharp by now. 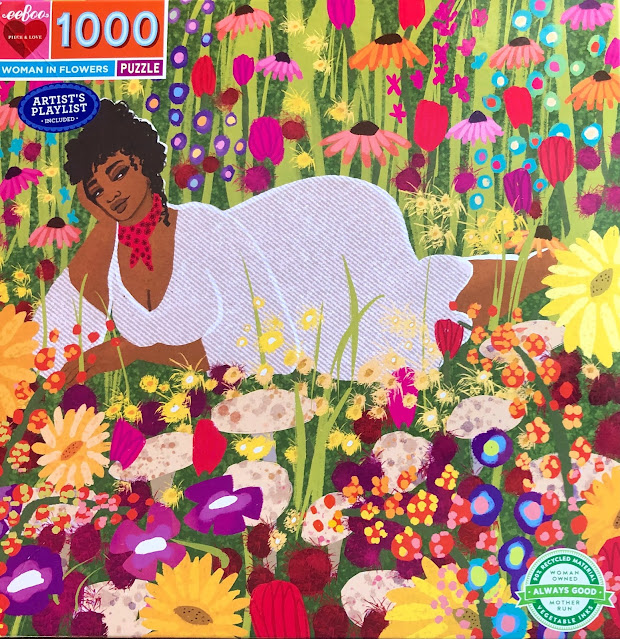 I've been watching the HBO Max series I May Destroy You, which is very unsettling and weirdly compelling. It's about a Black British writer who is late in delivering the manuscript for her second book, after making a big splash with her first. While avoiding her deadline in a club with friends, she is drugged and raped. Afterward, she tries to remember the details of that trauma as she pieces her life back together. The series is written by and stars Michaela Coel, whose face mesmerizes me. The story is messy, true to how life often happens, which I think is what makes it so unsettling. And yet, I can't turn away. I'm on the final episode, now, but it was episode eleven that really gobsmacked me. It explores the moment when the protagonist breaks through to finally understanding what her book is really about. It made me ache for a similar breakthrough. 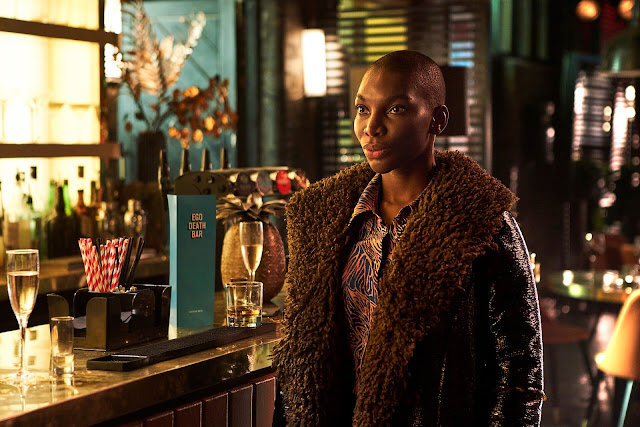 I'm writing here while watching the Olympics while hunting down puzzle pieces. My favorite Olympic events are track and field, especially sprints and relays, which my little island of Jamaica has long dominated. I also love swimming and diving and of course women's gymnastics, with the women's team led by the greatest of all time, Simone Biles. She's so damn good she can sew a sequined GOAT on her leotard and everyone just nods in agreement. She does such hard skills she could fall on every routine and still walk away with the gold. She's out of this world. 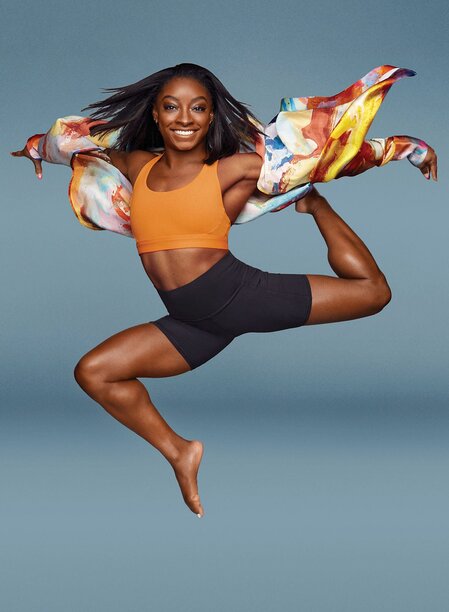 I've been dreaming of being in places other than where I live. Covid is surging in New York again, and everywhere. I had been planning a trip for the man and me to France and Germany this summer, to meet up with two dear friends who live an hour outside of Frankfurt. We four were going to tour around Brittany and then spend some days in the Loire Valley wine country and then drive back to Frankfurt. Sadly, I think we might all be indulging in wishful thinking and being a bit premature. If not this summer, then next year for sure. 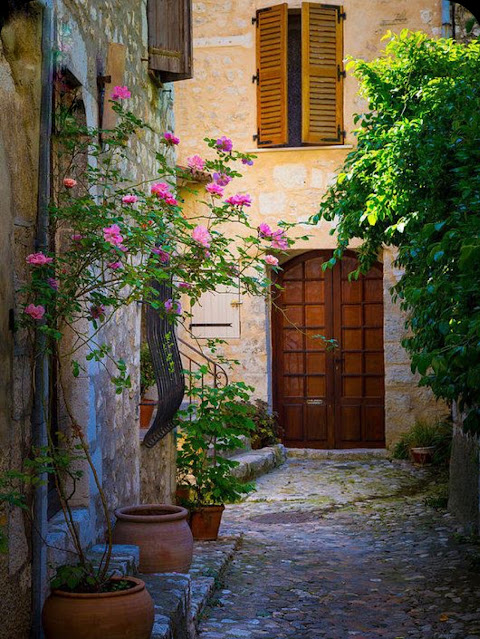