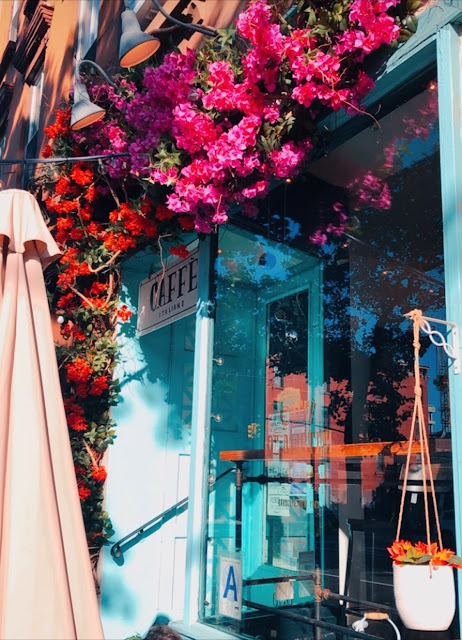 That photo of a Clinton Hill cafe was taken by my niece, also my goddaughter, who lived with us for her first year and a half out of college, riding out the pandemic lock down with her old aunt and uncle. She has a wonderful eye, and is crushing it as the digital editorial coordinator and social media manager of a travel and lifestyle website. Her job, but for the first two months, has been entirely conducted during the time of Covid, most of it remotely, but her bosses have seen enough of her creativity and diligence to have promoted her not once, but twice in that time. That's our former roomie in her no longer new Brooklyn apartment. I swiped the pics from her Insta. She doesn't mind. 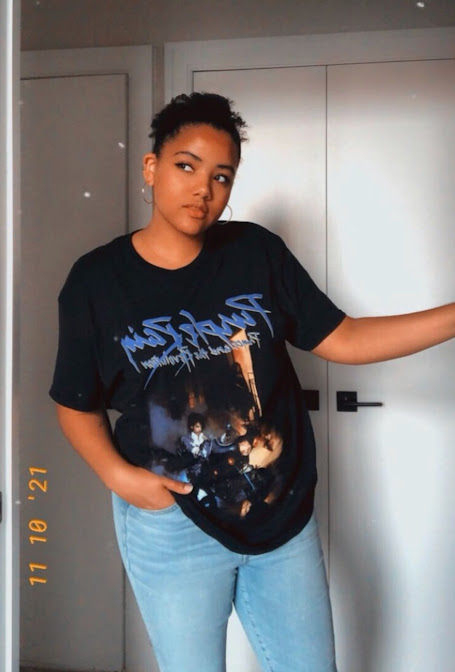 In other news, our daughter flew in for a quick turnaround for a work event yesterday. She arrived just before midnight on Monday evening and left to catch her flight back to Boston at five thirty this morning. She went into her office in midtown after her client meeting yesterday, and was pleasantly surprised by how much she enjoyed seeing her co-workers in person, including a couple of new ones with whom she's so far only interacted remotely. How the world of work has changed. Our girl has been back home for hours already, putting in a regular workday. 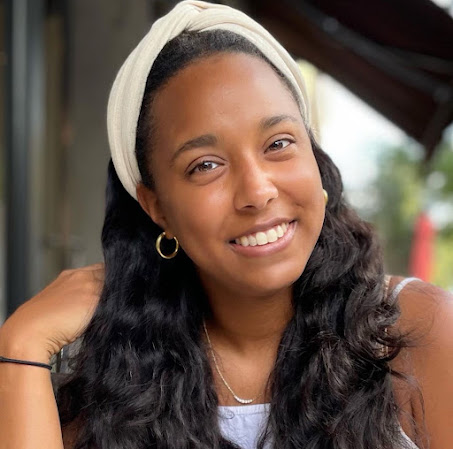 She and I had fun last night, ordering in dinner and catching up on Survivor and then binge watching Squid Game on Netflix while my husband read on his Kindle. My girl and I finished the whole series, the two of us going to bed at 2 AM. The story is brutal and horrifying, but also compelling and thought provoking, and once we made it to the second episode, we couldn't turn away. There were definitely characters to root for, social hierarchy questions to engage, and villains you were happy to see get their comeuppance. One scene in particular, between Lee Yoo-Mi and HoYeon Jung, the two young actresses pictured below, was the standout of the entire eight episodes, and moved me to tears. 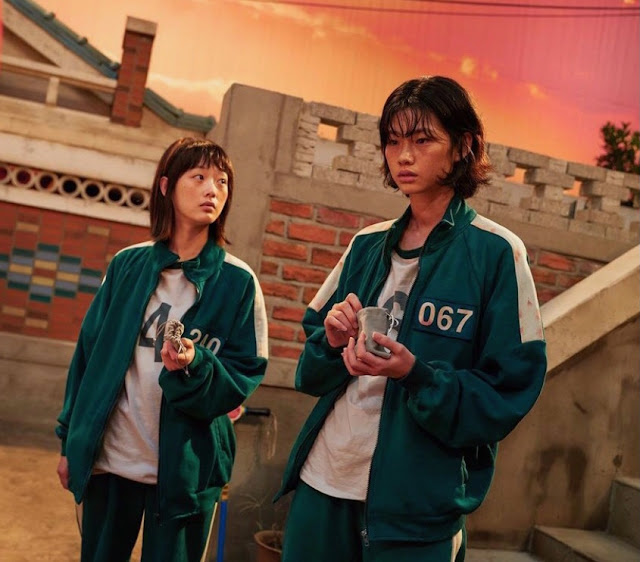 Do I recommend the series, which in three weeks has become the most-watched show on Netflix ever? Yes, I do. It mostly stands up to the hype, especially if you go into it blind, as I did. I didn't love the final episode, however, and wished for a different outcome, though the ending they gave us is probably setting up a second season. And now it's back to work for me. I have written 24K words of a manuscript that is contracted to be 85K words in length. I still have a long way to go, and many more interviews to do, but I think the channel through which the story will flow is finally open.