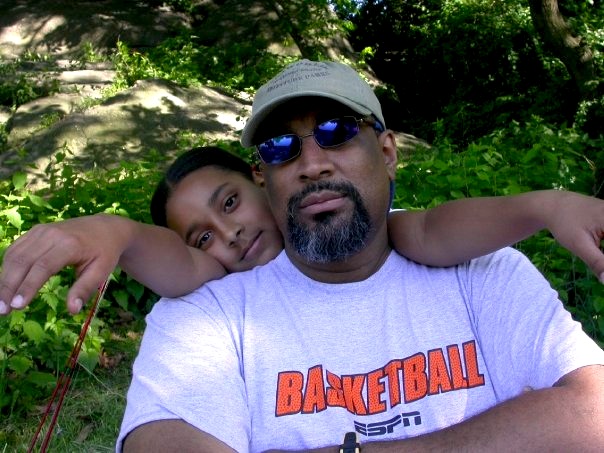 My daughter is watching all-star basketball with her dad. She is newly a fan of the New York Knicks, Jeremy Lin and Landry Fields in particular, and she has set herself the task of learning all the players and their special talents in much the same way as she set herself the task of mastering the playground hanging loops when she was four. "So he's the new three-point shooter they just recruited from China?" she'll say, committing J.R. Smith's details to memory. It's a thing of beauty to listen to their banter. Senioritis is in full effect in our house. Hours of nightly homework have eased or been moved aside to make way for Knicks basketball. Her daddy's as happy as can be. That's the two of them on a fishing outing some years ago. The vibe is pretty much the same.