The minister at our church is moving on and my first response when I heard was selfish regret that he won't be the one to preside over my Aunt Winnie's funeral. He knows the family so well. He buried her husband, my Uncle Charlie, and last year, her son, whose death no one had foreseen. He is such a good man, so generous of spirit, so radical and non judging. His eulogies are so loving. He has run an activist little church, full of petitions and marches and sit-ins and letter writing campaigns. He was arrested when he refused to vacate a church yard during the Occupy Wall Street protests. His is a ministry in the true sense of the word, in a church that welcomes everyone into its pews. One choir member, our friend Charles, who has been living on the street for decades, and might prefer it, organized the people who collect cans and bottles and redeem them for five cents each. He helped them start a union called The Redeemers, and they went to Albany to agitate for their rights, as stores were trying not to pay them for the bottles they brought in, because the store owners would much rather keep all those five cent coins in the till, even though the redeemers were cutting down on litter and toxic landfill and trying to buy a crust of bread to boot. Our church gave Charles a place to organize, a home base. Our minister is a champion organizer, a good man who meets people where they are. He doesn't waste time expecting everyone to do or be what they should. He starts from what is, and he circles your shoulders with his arm and walks a pace with you. My aunt loves him because he has never made her feel as if he looks down on or in any way condemns her addicted daughter. He goes to her home to give her communion, walking up the path in his wide-brimmed brown suede hat and frayed black coat, the host and a flask of wine in his pocket. And you know, I don't go to church much. It's not my thing, although I do pray. But Sunday service is my husband's comfort, and my mother's. When my mom is in the city, they walk to church together every Sunday, and it does not surprise me one bit that when it came time to baptize our firstborn, my husband found a church that is of the people, because he is a man of the people, a socialist at heart, and so is our minister, a Kentucky-raised boy by way of Amherst who plunked his family down in the center of Harlem, raised them there, and now will be moving to Vermont to help care for his wife's family, leaving us to find another good and radical soul to fill his rather enormous shoes. As church warden, my husband will have to oversee this happening. He has a task ahead of him. Meanwhile, I grieve quietly that this good man, this man of God, will not be there to say words for my aunt when her time comes. He would have known just what to say to honor her life. He would have helped us do her justice. 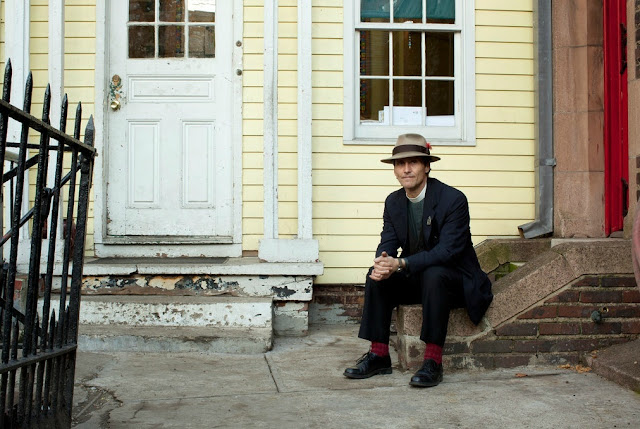