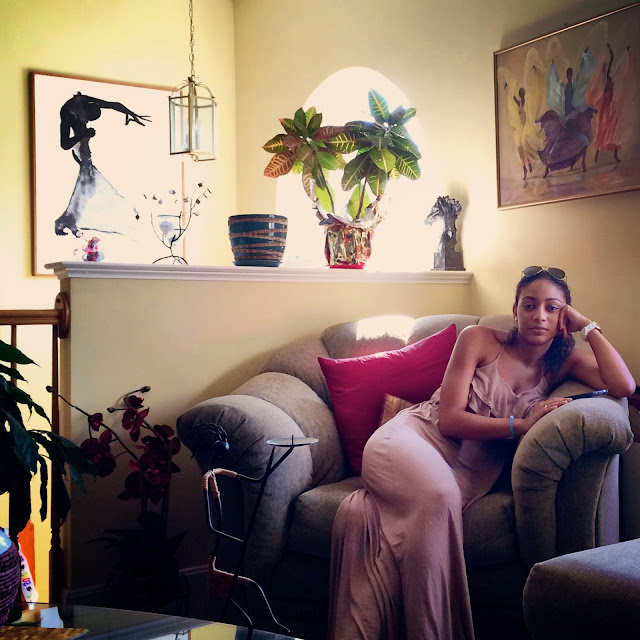 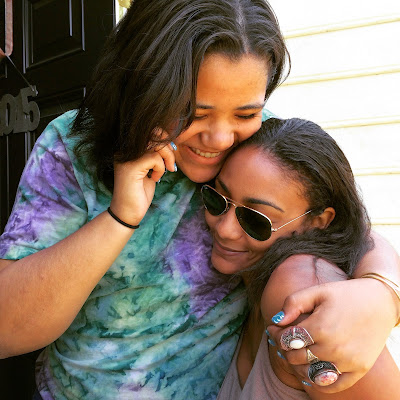 The man and I were at my niece's high school graduation party in Maryland yesterday. The event was in the evening but our other niece, the one attending dental school nearby, came early to spend the day with us. My goddaughter, the graduate, was excited to see her big cousin. Breakfast was "pick-up" codfish and boiled green bananas, a real Jamaican feast. I like that portrait I made of my niece, above, sitting in my cousin's living room. 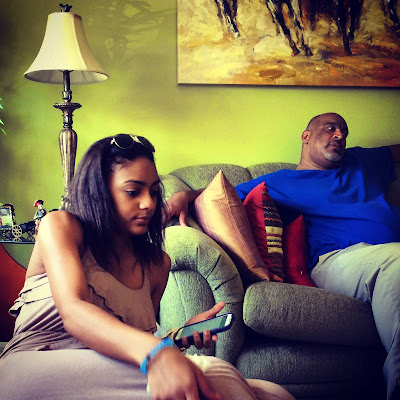 My two were off on their own in Rome (my daughter) and at a bachelor party in Atlantic City (my son), but my niece represented them. My husband and I admitted to each other later that it had felt as if one of ours, our eldest, was there with us. 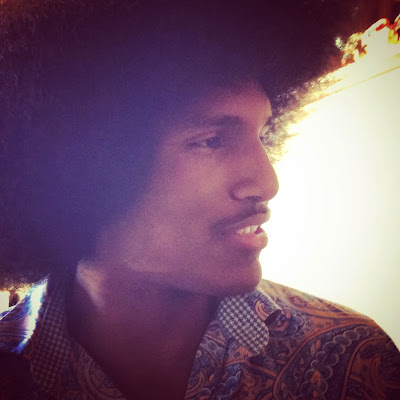 I'm always thrilled to see my gentle-spirited nephew, who was fresh from his freshman year. His dad showed us a video somebody made about him and in it he said he wanted to play guitar till the day he died and then a few days after that. He also said he'd wanted to be B.B. King. I posted the video, which included snippets of my nephew playing, on Facebook. Ms. Moon commented,"He has been touched by the gods." B.B. King's adopted daughter would know. 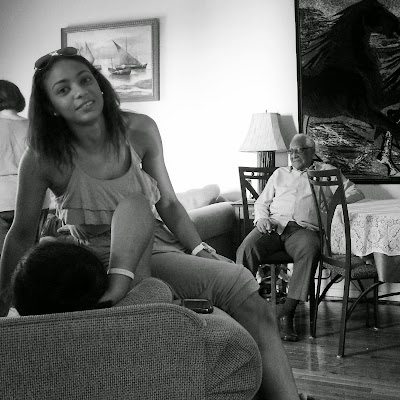 My Uncle Don was there, visiting from Jamaica. He was married to my dad's baby sister Elaine, who died many years ago when my cousins were in their twenties. Uncle Don is 88 now and in peak health, but he is lonely. About his granddaughters, he said to me, "You have no idea how much Elaine would have loved to see these girls." His voice quavered with emotion as he added, "This living alone thing is no joke." It was not the non sequitur it seemed. 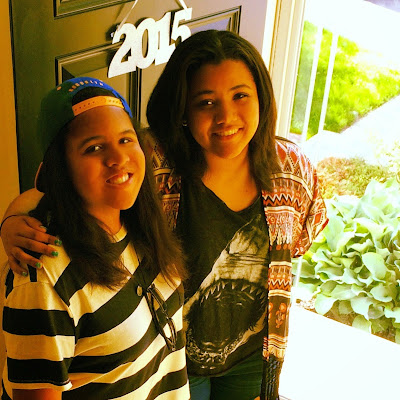 That's the graduate on the right, with her older sister. They took over the basement for a dance party while the older folks, parents, aunts, uncles, older cousins, friends and neighbors of parents, enjoyed burgers and hot dogs from the grill as well as jerk chicken, escoveitch fish, plantains, hardo bread, salad and cake. It was a lovely multi-generational event, the kind I wish we had more often in New York, but cramped apartments make it hard. At Thanksgiving, we do try. 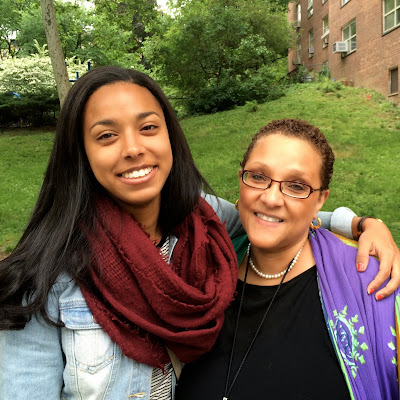 Meanwhile in Rome my daughter was having to adjust of her fantasies of what the experience was going to be like and settle down to the reality of it. Transitions are hard. New people are hard. She texted me that she wandered around Rome by herself this afternoon, a little anxious and moody, but then she wrote about finding solace in the overhead dance of seagulls as she stood on a stone bridge. Her dad took the photo of us before she left for the airport last week Thursday. She joked that we have taken a million pictures in just that spot before a million goodbyes. We talked on FaceTime tonight. She said, "I'm only three days in. I have to remember that." Some loneliness is probably normal. I hope she will pour that surfeit of emotion into her writing. She has to write three crafted pieces each day, based on her inner and outer experience of the city. I know that it can be easier to write when you're a little bit melancholy, but the mother in me wishes the world would just conform to her fantasies already. Sometimes I see that I have passed on a shadow of my own chemistry to my child, and I wish I could have spared her that. Especially in Rome.
Posted by 37paddington at 8:23 PM