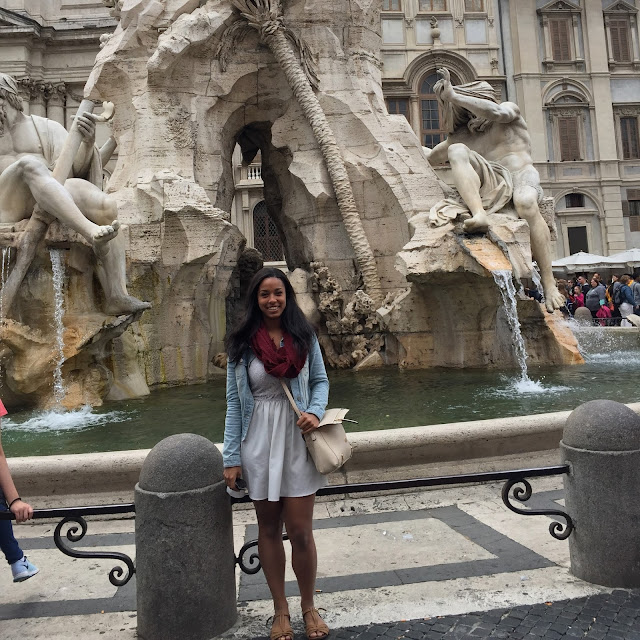 I don't have much actual news from Rome. There is mostly radio silence from my girl, which I take to mean things are humming along after an uncertain start. I did see a sweet video on Facebook, posted by one of the roommates, of my girl and two others using the serving spoons as mics for a rousing song-and-dance rendition of "Chameleon" while making dinner ("Cama-cama-cama-cama-cama chameleon..."). I also got a text reminder to please send rent (for her college housing), and last night, well after midnight my time, these pictures scrolled into my phone. I asked permission to post. The last photo is of my daughter with one of The Six, who is traveling around Europe this summer after a semester abroad in Prague. Apparently she is in Rome this week! The girls look great. As you said, resilient. 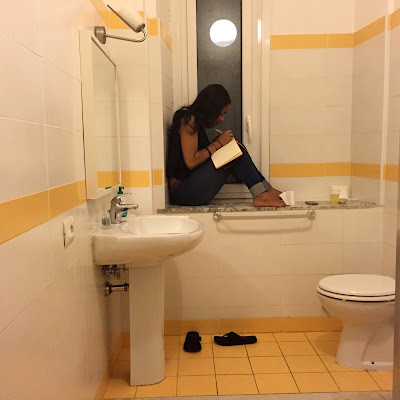 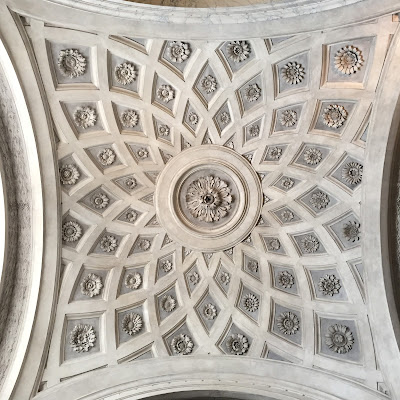 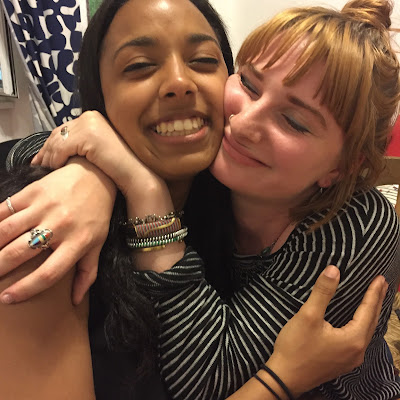