My husband and I went to dinner in Harlem last night. We ate outdoors at chef Marcus Samuelsson's Red Rooster restaurant, watching blue twilight settle on the avenue as the neighborhood passed by. Harlem is the big new dining destination in the city. Scores upon scores of cool restaurants have opened there in the past five years. I told my husband we should spend the summer just dining at a different restaurant in Harlem every week, and we still wouldn't get to them all. And speaking of Marcus Samuelsson, he and his wife Gate Maya Haile just might be the most ridiculously beautiful people I've ever seen. 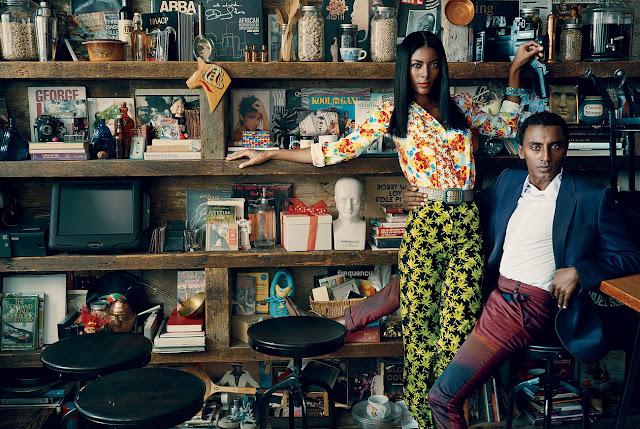 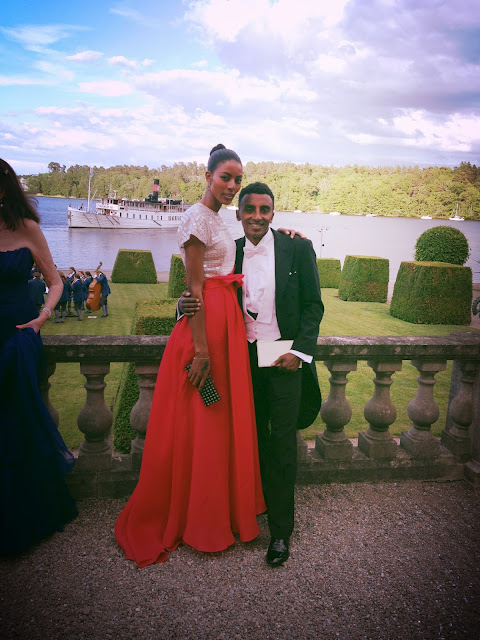 If you don't know Marcus's and Maya's story, he was born in Ethiopia but his mother died of TB when he was very young and his father, a priest, couldn't care for him and his older sister. The two were adopted by a Swedish family, and were raised in a fishing and farm-to-table household that gave Marcus an early love for fresh Scandinavian food. After culinary school in Paris he moved to Harlem, where he added Southern cuisine to his repertoire. Maya, also born in Ethiopia, grew up in a traditional Ethiopian family in Holland. She started out as a nurse, but everyone told her she should try modeling, and so she did, signing with an agency in Paris and then moving to Harlem. She and Marcus had crossed the globe on parallel tracks all their lives, until finally they turned and saw each other at a housewarming party of mutual friends.

They've been married seven years. She's quite a few inches taller than he is, but smart man, apparently he doesn't care. Honestly, they are two of the most genetically gifted people I have seen in life. And I hear Marcus has a new book coming out in October, The Red Rooster Cookbook: The Story of Food and Hustle in Harlem. Someone I know worked on it with him, so its bound to be good.

But maybe this post today is really all about connecting us here in Harlem with an idea of Sweden, because that's where our son is at the moment according to his most recent post on Instagram, and Holland, where his itinerary takes him tomorrow. Traveling mercies, son.
Posted by 37paddington at 4:43 PM