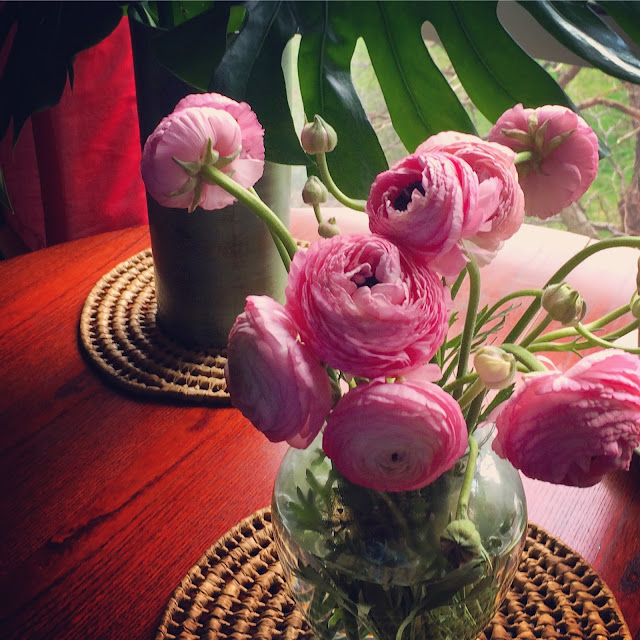 It's been an eventful couple of weeks. So much water has flowed under the bridge and I've been busy freestyling in the rapids, swallowing lots of river foam but mostly staying afloat. I mean that both in terms of my emotional life and my work life, which is a bit in high gear. I had meetings with editors and their teams this week. I was in a supportive role. The star of the show was the woman whose book I've been contracted to write, and she was charismatic and passionate. I think she sold it, except she wasn't actually selling; she was being fully authentic, and it came through. The other good news is, the proposal we wrote garnered some strong interest, and the agent believes we might get a book deal. We'll know for sure next week, when the bids are supposed to come in. It was fascinating the degree to which every room we were in had a different tone and temperature. Every editorial team focused on different aspects of the story, so it's hard to know who will be motivated to close the deal.

In any case, if the magic works, I will be working on writing this book for most of the rest of the year. The woman who is my subject is very emotionally open, and we have built trust during the process of crafting the proposal, so I'm going to have faith that all will be well. And the fact that I'm nervous right now about whether I can actually pull this off, well, that's just part of it. I like to imagine that in some parallel universe this book has already been written, and I just need to lean into it, channel it, listen to my subject, hear her heart, and do my best. It's exciting stuff—we're splashing in the big river now. I hope I'm not jinxing anygthing by prematurely reporting this here. Please send good thoughts.

In other news, my daughter is all moved in to her new apartment, all painting and plastering work completed. She and her boyfriend, my son and his girlfriend, and I spent last Saturday at Ikea, giving our opinions on items to outfit her space. She bought a rug, curtains, bathroom stuff, kitchen stuff, and it was all so much fun hanging with that crew. Then on Sunday, which was Easter, we gathered again. They all came over to our house, along with my friend Leslie, for my husband's smoked brisket and my corn-and-cheese casserole, followed by a pitcher of margaritas made from scratch by my husband and daughter. We watched a movie together, and hung out just chilling and talking late into the night, and then Leslie and my children and their significant others went home, and I got to experience how sweet it can be to have them in my house, and then hug them goodnight and settle into a peaceful night with my husband. It helps that our kids are both in relationships with lovely people, whom I got to know well and became very fond of while both kids were still living at home. All in all, a very emotionally grounding Easter for this new empty nester.

My friend Leslie brought me those flowers, which are called ranunculus. All week I've been reveling in their delicate shade of pink, and their layers like saucy crinolines.