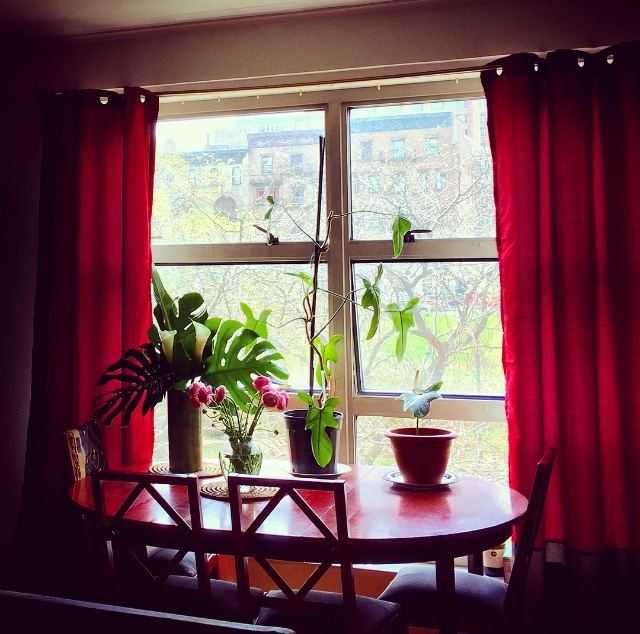 Imagine my laptop on that dining table, the trees beyond the window thick with leaves, the sun slanting across my arms as I type. This is where I'm working today.

Behind me, the TV screen says Breaking News. I don't even notice it anymore, because it seems always to be there on the bottom left corner, announcing that our system of government has broken down. But this morning, reporters are talking about a man with a rifle taking aim at a baseball field on which Republican members of Congress were practicing for an upcoming charity game. One congressman and two Capitol police officers were among those shot. The shooter got off fifty or sixty rounds of gunfire, signaling an automatic weapon. The congressmen and their aides ran for cover. They could do that because they could hear where the gunfire was coming from. And yet today, House Republicans are scheduled to consider a bill to lift restrictions on gun silencers, which will make it easier for shooters to kill without being detected, and harder for law enforcement to track an active shooter.

In this case, only the gunman died. If the shooter had been using a silencer, this event might have been more deadly. And now the commentators are saying that the man may have been emotionally disturbed, with a record as a domestic abuser. If so, why was he able to acquire a military grade automatic weapon? He was white, by the way, so this will not be labeled as an act of terrorism, though I don't see that it differs.

A witness on TV just said: "I saw the gentleman shooting with an AK-47 from behind the wooden bleachers." The gentleman. Okay, I'd better stop now and get back to work.