The third man in the Portland train stabbings, the one who lived, posted a seriously woke video on his Facebook page yesterday. A student at Portland State University, and a poet, 21-year-old Micah David-Cole Fletcher had this to say: “We in Portland have this weird tendency to continue patterns that we’ve done forever, and one of them is this same old, just to put it bluntly, white savior complex. Suffice to say, I think it’s immensely, immensely morally wrong and irresponsible how much money we have gotten as opposed to how much support, money, love, kindness, that has been given to that little girl.” I am not surprised that a young man who would come to the aid of that girl in the hijab, would take this view. I haven't watched the video but I read about it here.

Meanwhile, No. 45 withdrew from the Paris climate accord, as we all knew he would, probably because he was insulted that French President Emmanuel Macron was unintimidated by him and won their bizarre handshake war, and also because he intends to undo all the progress Obama made. Even his business cronies don't agree with this one, with PayPal founder Elon Musk resigning from his advisory board over the withdrawal. My God, this country is in the hands of an idiot. We have lost all moral standing. Now we know that the vaunted "checks and balances" of the U.S. Constitution are hollow promises when Congress is filled with people too immoral to act.

I don't want to be writing about any of this. I really don't.

I have been fantasizing about running away. Not forever. Just to breathe some different air for a while. At the same time, I am feeling straightjacketed by inertia. Summer is actually my least favorite season. I don't know what to do with all that cheery sunshine. Sit outside, I suppose. I guess I will take my laptop and work outside today. At the picnic table under the trees in the courtyard, or on a bench. It's actually a very beautiful day. The leaves on the tree outside my window are swaying ever so gently in a soft breeze. Get yourself together, woman. Go out and meet this day. 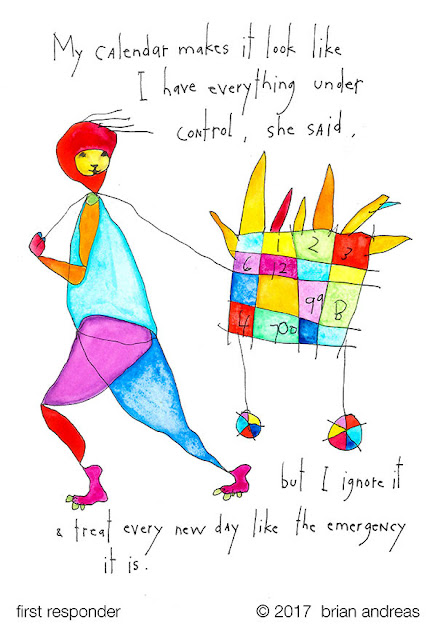