My son came over on his day off to spend time with his mama, staying late into the night so he could also hang out with his dad, because his dad had texted him that it had been ages since he'd seen him. He'd been working up at camp for two weeks, and working almost non-stop before and after that. "I knew it was time to come see you," he said, "because if Pops said it was ages, then I knew it had to really be a long time. Daddy doesn't usually seem to notice those things." 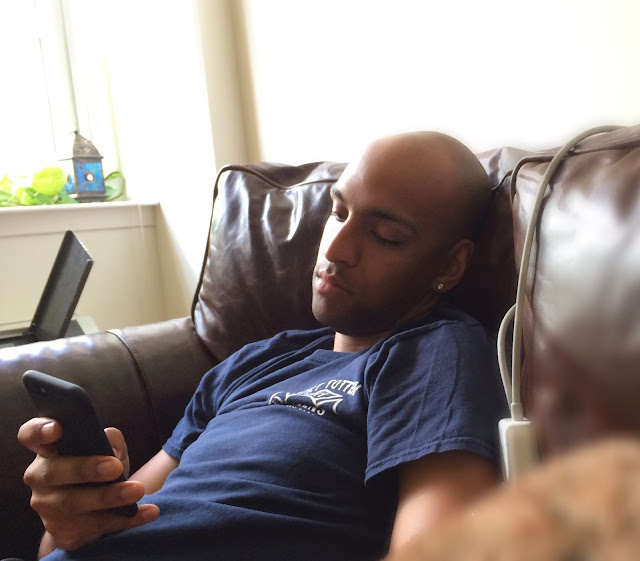 His girlfriend came by for a couple of hours, too, and she and my son and I sat at the kitchen counter and chatted as we do, catching up on everything. Then she had to go to work and my son and I cabbed it down to Battery Park to visit my niece, who was having what she called "a PJ and puzzle day" before her residency schedule gets crazy busy next week. We got lunch from the fancy deli downstairs, and had an easy, laid back time, until my husband texted that he was home and where were we, and so we traveled back uptown in an Uber. 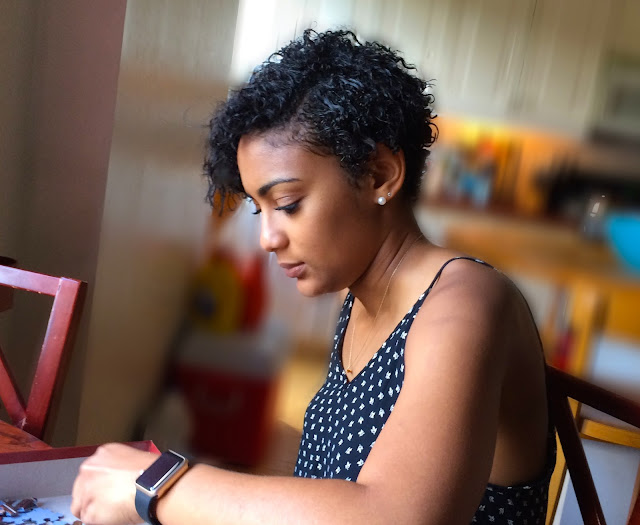 There was traffic, but I enjoyed the time with my son. He's such a great conversationalist, so thoughtful and funny, and now that we don't live together, we get on so well! Back home, he and his dad settled down to watch the shoot-em-up action flick John Wick 2 while I returned a few phone calls from earlier in the day. Then, at almost 11 pm, my husband and I drove him back to Astoria, where we watched him throw his knapsack over one shoulder, grab his mandolin, and saunter up the path to his home. The silhouette of him against the light of his front door was of an incredibly cool and well-made young man, and my husband shook his head and said, "The raising of him went so damn fast. I remember the baby we brought home." There was pride and wonder in his words, and he knew I shared what he was feeling. It was a deep comfort.