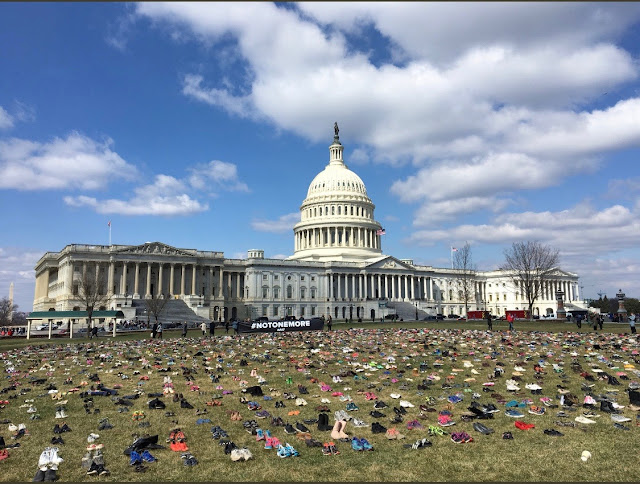 Outside the U.S. Capitol yesterday, 7,000 pairs of shoes told the story of children killed by gun violence since Sandy Hook. All across America, children will walk out of their schools today for seventeen minutes, in observance of the seventeen souls who died in the mass shooting at Marjory Stoneman Douglas High School in Parkland, Florida on Valentine's Day. I don't underestimate the power of this act of protest, spreading in a wave across the land. Rather than passively receiving handed down, knee-jerk attitudes, a new generation is consciously choosing a position, taking a stand, and thereby helping to shape national attitudes about gun violence, the politics of self-interest, and corporate greed. I believe the children can lead us out of this long, bloody, NRA-fueled nightmare. 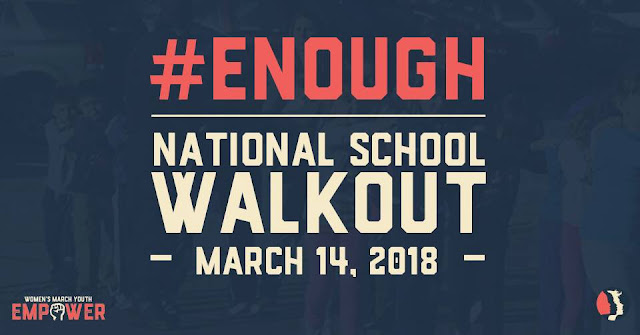 Watching on the news as students file out of their schools and stand in silence, I am sobbing. However things seem at this moment, we are not lost.