The living and the dead 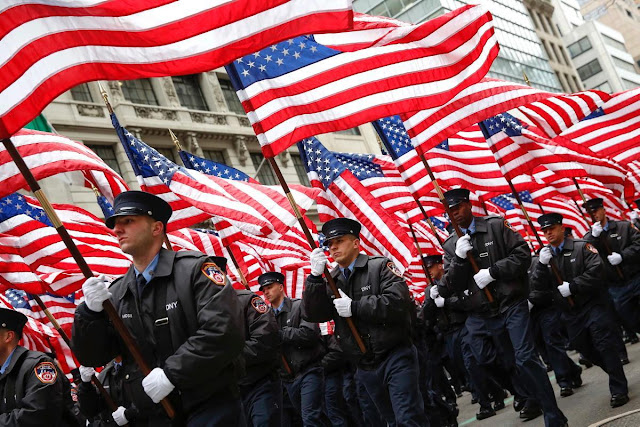 The weekend was just lovely, with my niece and her fiancé and my son all sleeping over, and my son's girlfriend joining us today. My niece and her fiancé were here to help his parents move to a new apartment in Brooklyn. My son also stayed overnight on Friday because he'd just done his first stint at a firehouse in the city, and had to be up early the next morning to join his class of probies who had been "voluntold" to carry the 343 flags in the St. Patrick's Day parade, to represent the 343 firefighters who died on 9/11. He was out there in full dress uniform for most of the day, mostly standing in formation and not moving, and joking with his fellow probies that they're all broken in now, they show up and do what they're told. See the photo up top? My boy is in there somewhere.

He stayed over with us again Saturday night because his girlfriend was in New Jersey spending the weekend with her family, and my son doesn't love being alone. He's quite clear on this truth about himself. He's happiest when there is a least one other person around; the world feels sweeter to him then. When he first graduated from college he elected to live at home for the first two years, then he moved in with his girlfriend. While he was living with us, he'd come in at night and call out, "Hey roomies, I'm home."

I feel a little melancholy right now, for three different and distinct reasons I won't go into. The Sunday sadness descended on me after the kids left with a suddenness I wasn't prepared for. But my love is taking me to the movies in an hour, and I'm grateful for a date night distraction. It is silly to be sad about events that feel beyond my control. I wish I knew how to tuck the inconvenient emotions away in a box. As the Tearful Dishwasher would say, it's not what happens, it's our response to what happens that brings suffering. I know he's right, but that doesn't prevent me from getting sucked under, even though I know there is no real point to this suffering. 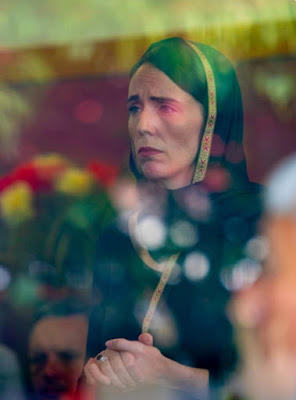 I've also been thinking a lot about New Zealand, and their government's response to the mass shooting at the two mosques last week, in which 51 people who were worshipping were murdered as the shooter live streamed the carnage. The instagram site Muslims of the World has been putting up portraits of the victims and telling their stories and I'm so moved by them. Most of all I'm moved by Prime Minister Jacinda Ardern's response to the tragedy. A day after the shooting she announced a ban on assault weapons and pledged that all 51 funerals would be paid for. She also promised the families of the dead that they would be financially supported for as long as it took for them to get back on their feet, even if it took years, regardless of their immigration status. The prime minister also attended funerals of the slain wearing a full hijab in solidarity with the grieving Muslim families. New Zealand is showing us how a moral society behaves.