My niece and her fiancé came down from Albany again this weekend, and my son and his girlfriend also stayed over, for the big celebration of my daughter turning 25. 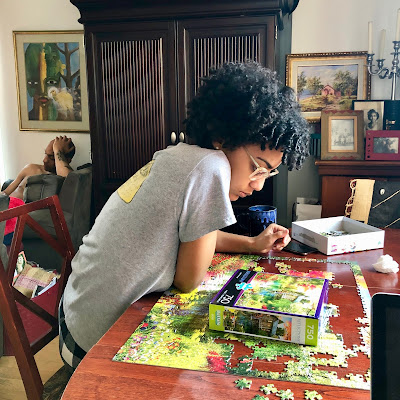 My niece did a jigsaw puzzles while I sat in the midst of the fun and worked on my celebrity adjacent book proposal. 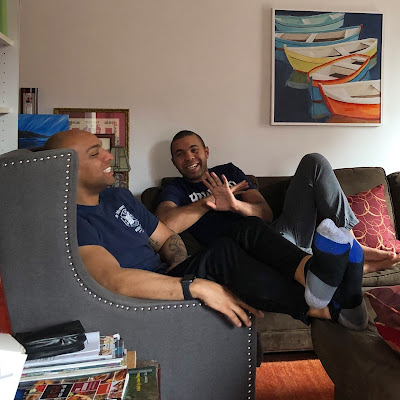 My husband and these guys watched premier league soccer and told many funny stories. 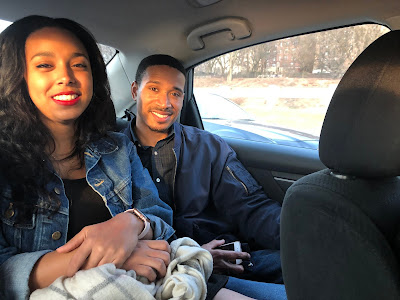 Then it was time to go to dinner at my daughter's favorite restaurant, a fish place called Seamores. We traveled in two cars. The man and I got the birthday girl and her guy. 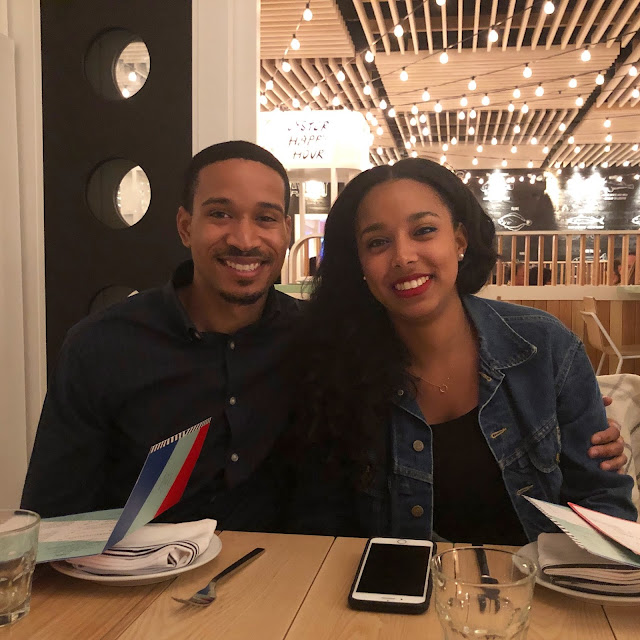 They're so beautiful, both of them. And they clean up nice, too. 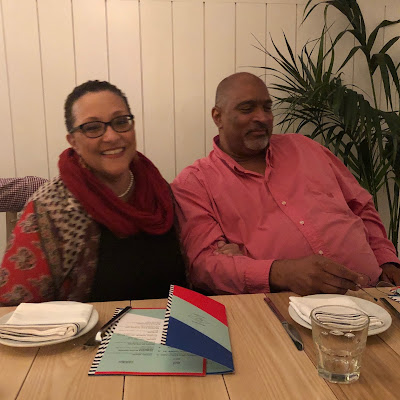 My daughter wanted a picture of her parents kissing, and we obliged her. We looked a bit like what we were, old fogies playing around, and hilarity ensued. 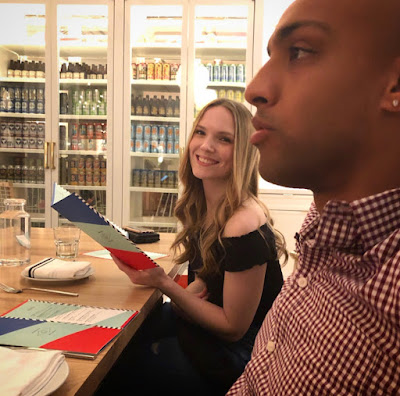 My son and his lovely girlfriend—she smiled for my camera but he was, as usual, recalcitrant. 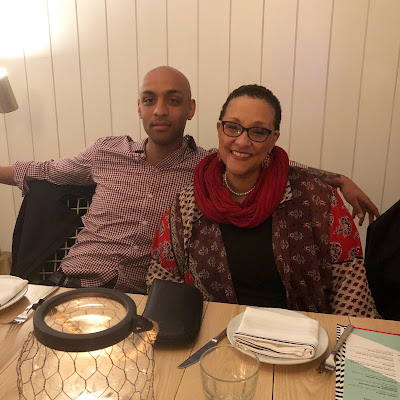 He did, however, indulge me in an insta-worthy mother-son moment. Although if you know him, you'd see from his expression that he's barely holding in the mischief. 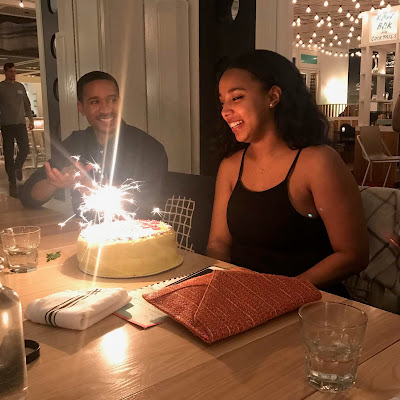 The restaurant put sparklers on the lemon cake and we all sang rousing happy birthday. 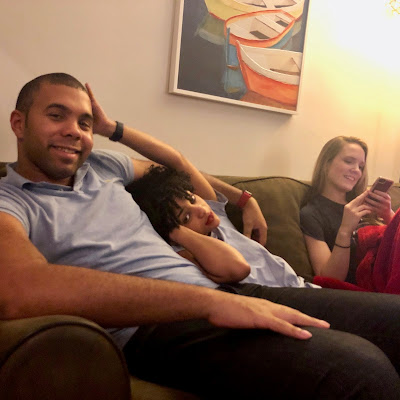 Afterwards, the eight of us came back to our house where my man made apple martinis for all takers, and we watched Virginia beat Purdue in March Madness—all but one of us. Just as I bring my computer out to the living room and work there so as to be in the midst of it all, my son's girlfriend, who is not a night owl like the rest of us, falls asleep in our midst so as not to miss any of the fun. 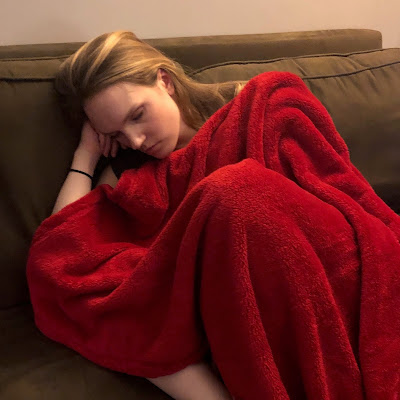 From start to finish it was the sweetest day. And now it is the end of March; we are already a quarter of the way through 2019. As I turn toward April, I confess I'm hyperventilating a tiny bit over the work ahead of me. I got the contract for the second book on Friday. One foot in front of the other. A day, a breath, a sentence at a time.