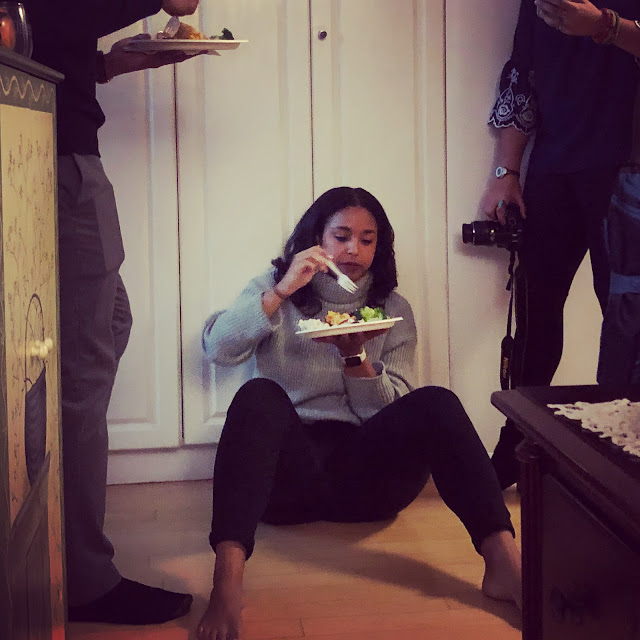 This year we had a larger crowd than usual, twenty-seven people all told, and my left leg had decided to ache something awful, so picking my way among all the bodies and legs made me appear even more hobbled than usual. A lovely time was had in the end, even though someone turned off the oven by accident halfway through the cooking of the turkey on Thanksgiving morning, so dinner was an hour late, and the din of voices was at such a pitch that at one point I fled to the back room and just sat on a bed. My cousin Nicky noticed me disappearing down the hall and followed me. She sat with me chuckling and telling me to breathe, because she knows her cousin like the sisters we truly are. Meanwhile my niece Leisa—who is temperamentally somewhat like me and was also feeling overwhelmed—decided to just keep plying people with wine. She kept opening bottles and giving people refills, which made the mood even more festive but with a manic edge. Finally the food was served. It was all delicious, and everybody's energy settled to a murmur, and it was smooth and joyful sailing from there. At the end of the evening, we counted bottles and realized we had consumed fourteen bottles of wine, some from our own stock as well as bottles people brought to the feast.

People who weren't sleeping over left at around midnight, and the twelve people who were sleeping under our roof, plus my daughter and her boyfriend who ultimately slept in their own home, chatted and laughed and debriefed on the evening for two hours more. At some point my daughter and my four nieces began the clean-up, all of them refusing to let me into the kitchen to help. My son was fast asleep on the couch by then, as he'd worked the night before and all that day, arriving at 7 PM to join us from his 24-hour shift at the firehouse. As new man on the totem pole, not yet a year in the job, he will likely be working on Christmas day as well.

My niece Dani invited a young man she's been seeing to the gathering, and we all thought him very brave to agree to meeting the hoards at once. Dani's whole family was here from Orlando, as well her her aunt from Trinidad and many assorted other aunts, uncles, and cousins. Her young man, though a bit shy, held his own. When he left, Dani walked him out, and when she came back into the house we all started chanting "Dani has a boyfriend! Dani has a boyfriend!" like we were in grade school, just to balance our scrupulous effort to avoid making things awkward while her young man was there. She collapsed onto the couch laughing and covering her face. At that moment, my youngest niece, the one who was here last year applying to college, and who is now in her first semester in St. Paul, Minnesota, announced, "I am never bringing a plus one to Thanksgiving!"

The festivities continued until last evening, when we delivered the last of our house guests to the airport. Things are back to normal today, meaning it's time to get back to work—and to a more mindful eating plan. As anxious as I get before Thanksgiving every year, wondering how we will pull everything together in our small New York City apartment, I'm always happy afterward to have spent such intensive bonding time with my loved ones.

For my own record more than anyone else, here are some photos from another epic Thanksgiving celebration in the books. 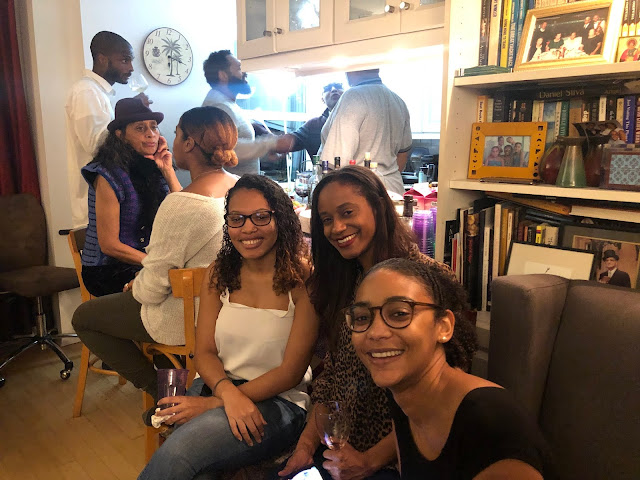 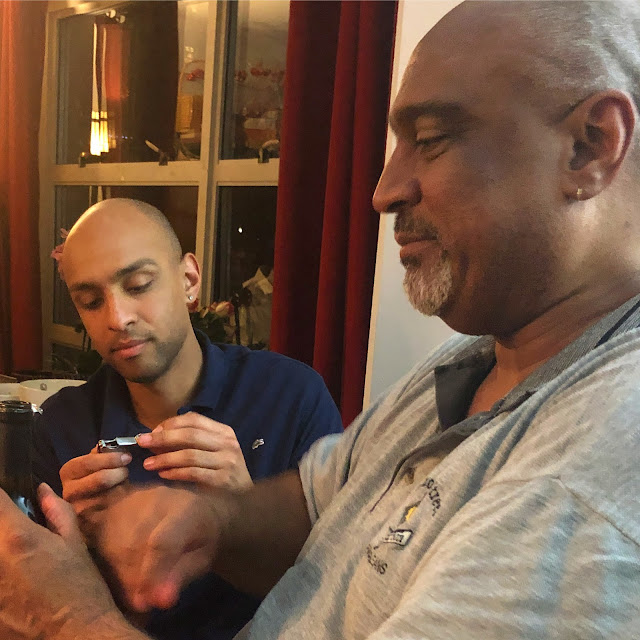 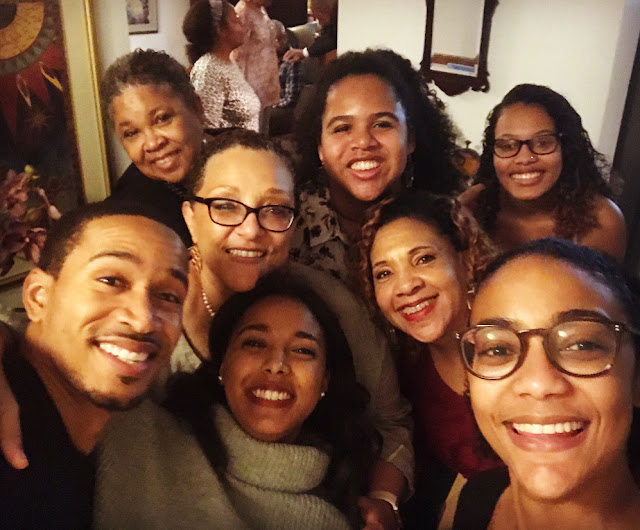 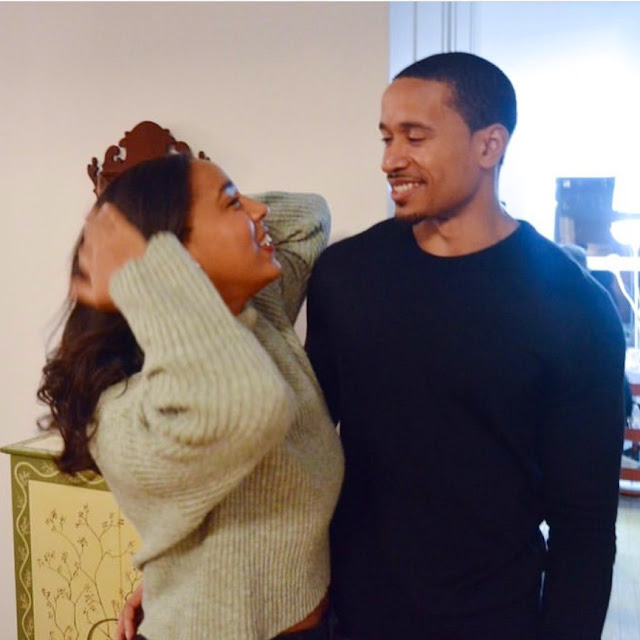 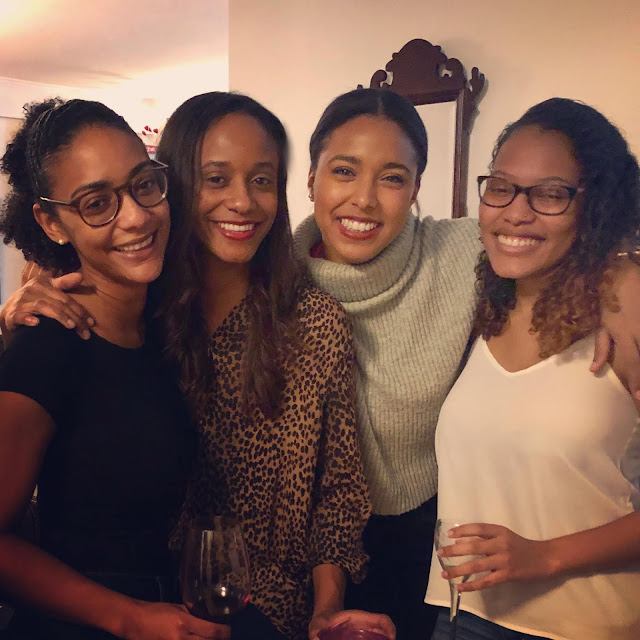 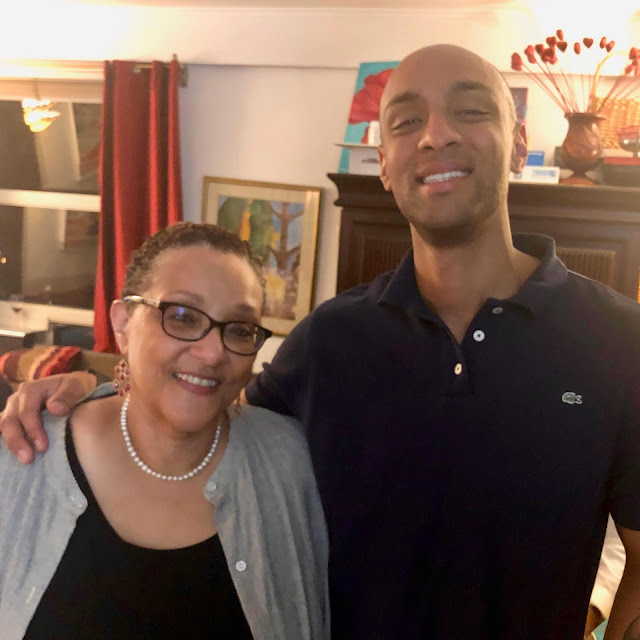 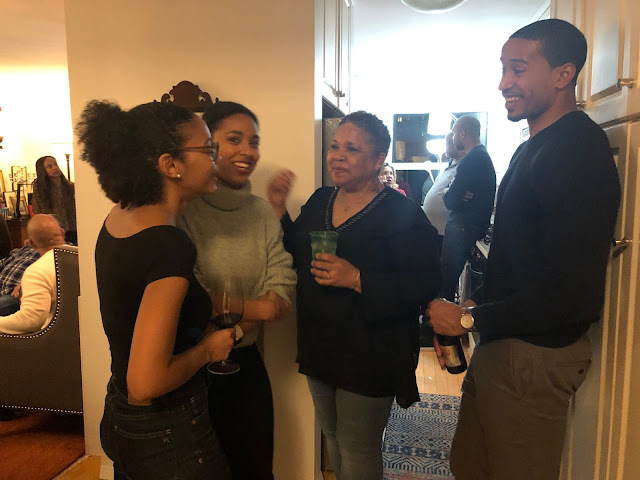 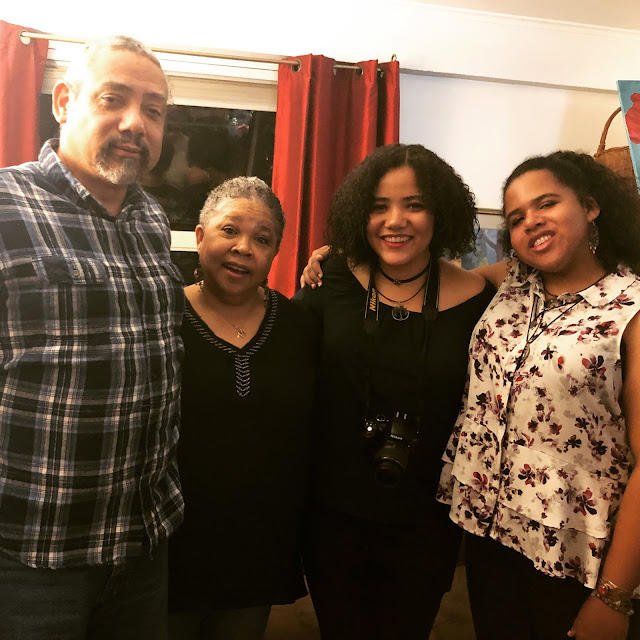 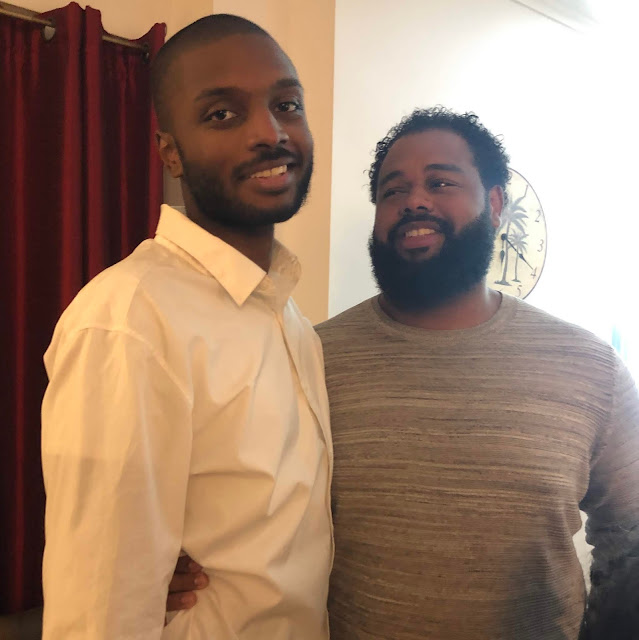 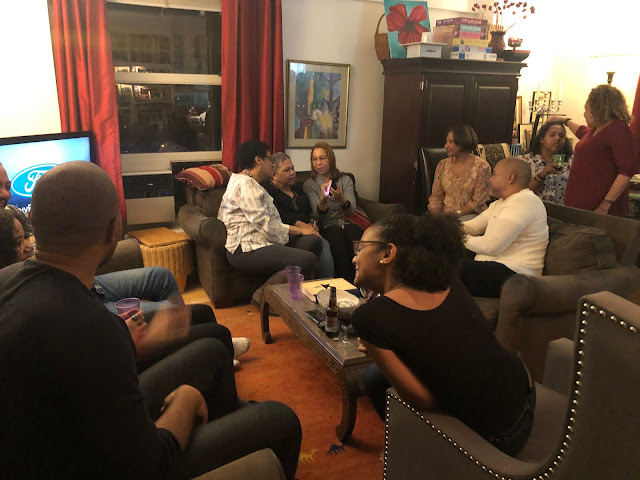 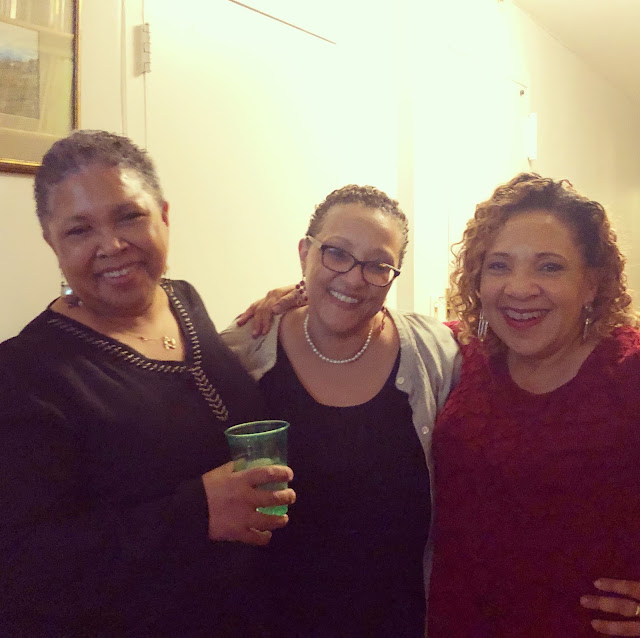 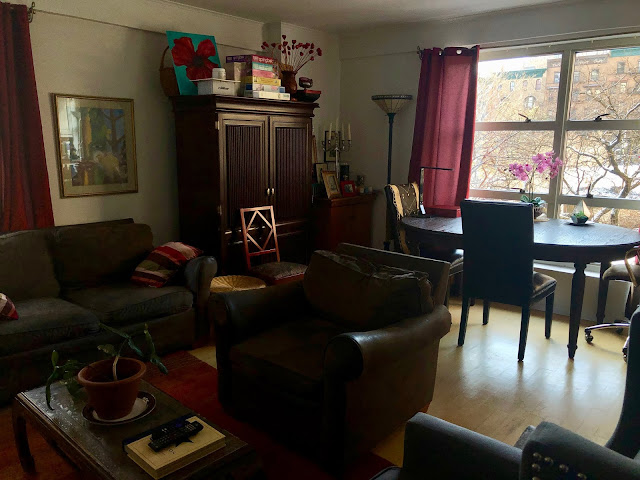 That last one is my house this morning. Everything was so quiet after our week of revelry, a hush made deeper by snow on the ground outside. I'll be around to catch up with everyone soon, but right now I have to do a phone interview with a woman who was the high school best friend of my book subject. I have done absolutely no work since a week ago. It was a good break, but slightly nerve wracking as I'm feeling somewhat behind my chapter schedule.
Posted by 37paddington at 1:01 PM