I just heard on the news that two members of Kamala Harris's campaign team tested positive for the corona virus. Though the candidate tested negative as recently as yesterday, she will quarantine for the next several days out of an abundance of caution, doing only virtual appearances. Meanwhile the super spreader in chief is holding mass rallies in states where the virus is already spiking. I don't get the cult like following he has, the suspension of all reason. Is hatred of "the other" really such a powerful aphrodisiac? I suppose for some people, it is. 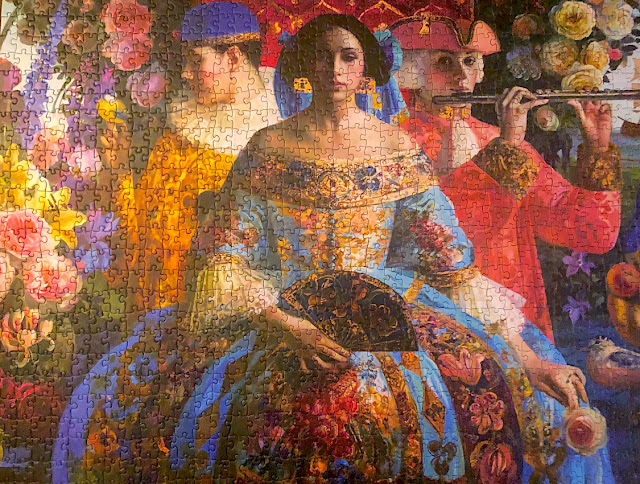 I did a different kind of puzzle from the usual beach, lake, mountain, architecture, nautical, and natural world scenes the other day. This one was an Olga Suvorova painting of a Renaissance court scene. I've long been drawn to the Renaissance. I devoured everything I could about it as a child, knew all the artists and the art, and felt a strange familiarity with it all, as if I was remembering rather than learning anew. I felt the same way about the Paris art scene in the 1910s and 20s, and was obsessed with Modigliani in particular. I wondered why the child of a judge and a realtor growing up in Kingston, Jamaica should have had such a hunger for those eras, wondered if I had walked those paving stones in other lives. Maybe it was nothing more than I was drawn to the lives of artists, who knows? Anyway, when I saw this puzzle, I was a goner.

Apropos of nothing, here are three photos of me, all so different as to hardly be the same person. That's so much the truth of my life. I feel such different energies depending on the day and the circumstance, and I point the phone camera at myself as the moods shift, trying to figure out who I am being today. 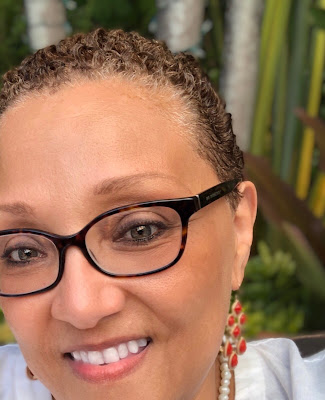 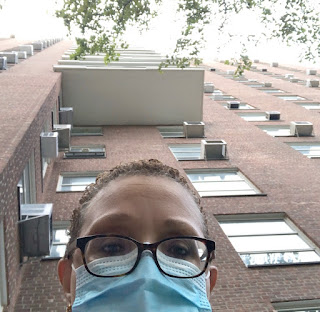 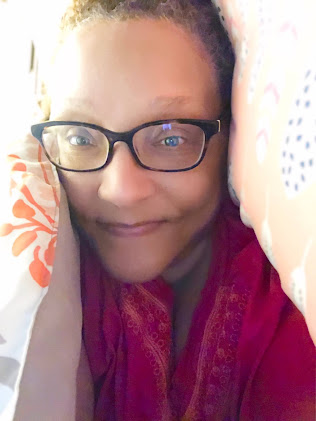 The first is the public me, the woman who shows up when forced to behave like a socialized human. The second is me on a day last week when I left my house to do a Zoom conference call for work, which I couldn't do at home because of incessant hammering and drilling in the apartment above me, so there I was sitting on a bench beneath balconies on a chilly Fall day, masked and as I recall, sort of miserable. In the last I am happy under the covers on Tuesday just past, rain drumming on the windows, and me working as it happens. I have been hired to edit a novel by a wonderful writer, but first I get to curl up and just read the work for the pure pleasure of it. That last one is the me I wish I could be everywhere, but as soon as the world sets its eyes on me, I feel awkward and ungainly in my body. It has always been that way, so I can't blame latter day structural impairments that have me limping and rocking as I move, and so, of necessity, I have learned to carry on, a smile on my lips, sincere and hopeful, impersonating said socialized human.

Today? I think I'm going to take my folding chair to the park and sit under a tree and read and revel in the fact that that I get to do work in such a setting. Happy Thursday, dear ones. Thanks for meandering with me here.