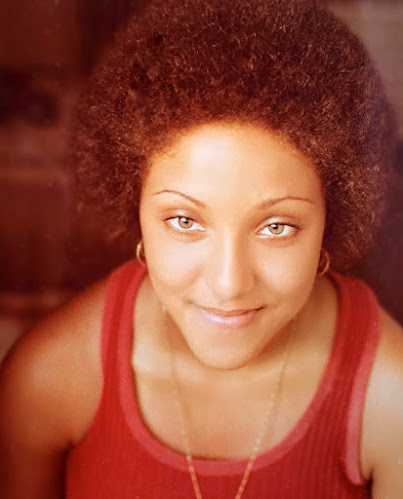 Here's a hoot of a throwback I ran across the other day. That's me at eighteen, on my first visit home from college in the late seventies, eyebrows plucked to oblivion, Afro bouncin' and behavin'. I unearthed this relic because my brother asked me to go into my picture files and dig out some photos of him from when he wore an Afro in his youth. You know there's always one person in the family who collects the photographs. No surprise, that's me. No doubt my brother, three years divorced, was trying to impress someone, but he wasn't giving out any details. Here are the photos I sent him, taken as we gathered for a new year's day beach outing with friends, many of whom lived right there on Paddington Terrace, in houses up and down the street from us. My brother is the cool dude in the Coke bottle-thick wire rim glasses. 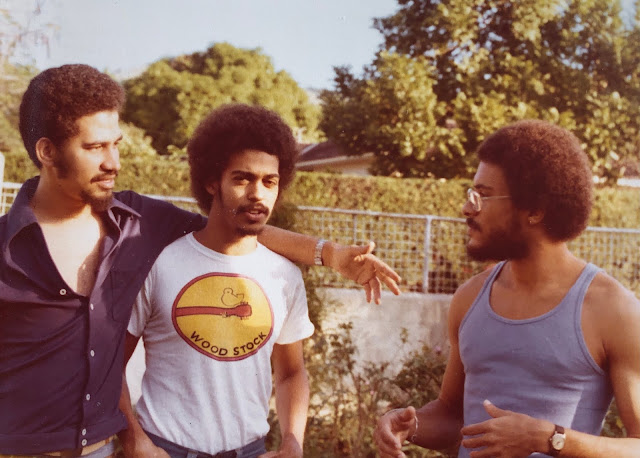 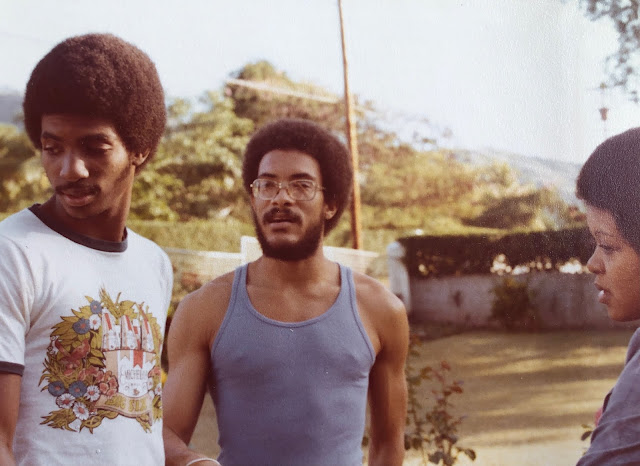 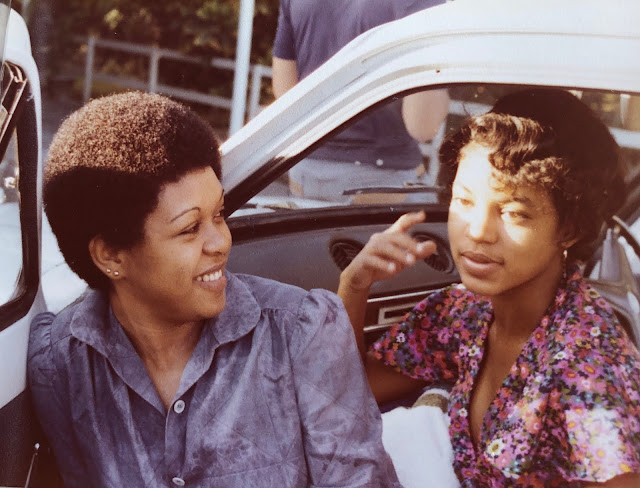 That young woman on the right above, and in the photo below, is my brother's first wife, who now lives in Germany with her second husband, whom she met more than three decades ago at a nuclear science conference. They both fell instantly in love, and feel that way still. Even though she and my brother divorced back in the nineties, she's still my sister—in fact, we spoke by phone just this afternoon. All of us having spent our teen years in and out of each other’s homes on the same street, she and my brother have also remained good friends. My brother even asked her to be godmother to his oldest daughter, who is herself now married and a dentist who has just signed the lease for her own practice in Dallas, yet she had no idea until a year ago that her dad had once been married to Auntie Hilary. A footnote: Our beloved Hilary's hair is now a brilliant snow white, and it looks fantastic—definitely a photo for another day. 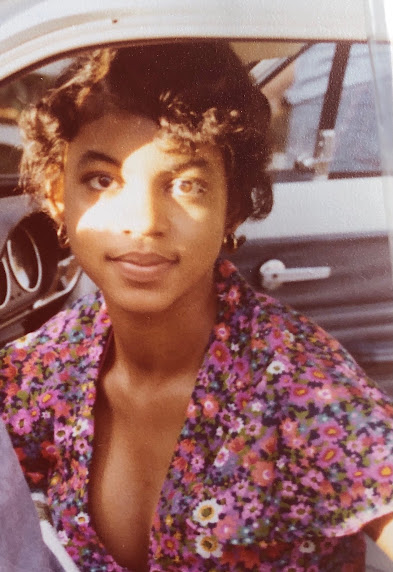 There is so much I could write here. I'm roiling with obsessive thoughts but they're bubbling just below the surface, hence this breezy little post, in a moment when I am feeling anything but breezy. What's the weather report where you are?