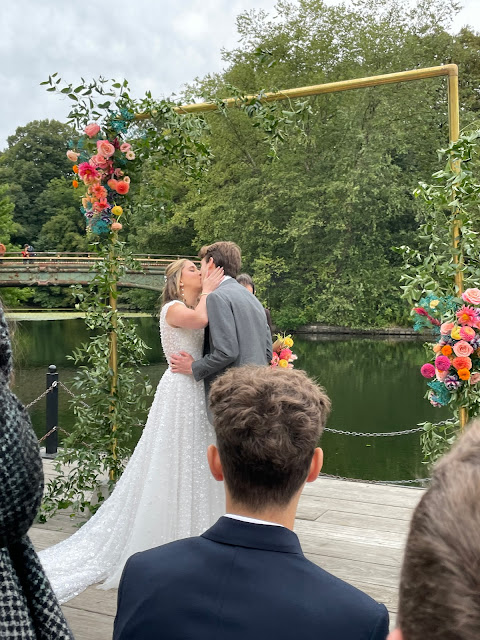 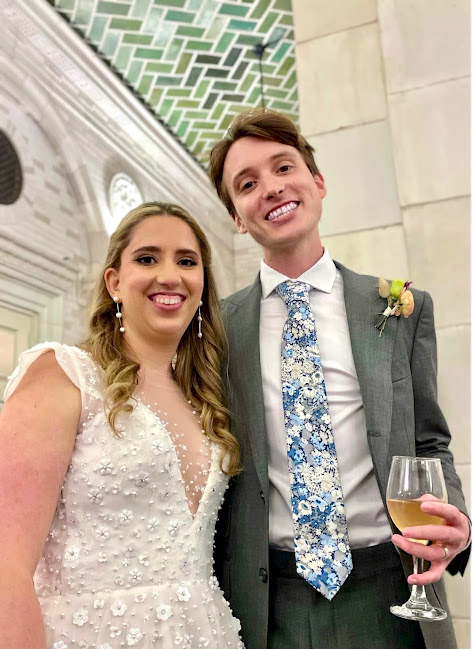 One of my daughter's best friends since they were pre-kindergartners got married this weekend. Many of the parents of that class became close friends too, so some of us were there, along with a large cohort group of the class that went from pre-K to eighth grade together, who then stayed close through high school and college, and now as adult working people. Those who now live in other parts of the country booked their flights so they could be in attendance as perhaps the purest soul in the entire group betrothed herself to her true love. The absolute most beautiful thing for me, after watching the lovely Alyssa exchange vows with the gallant Jasper, was watching our kids together, the way they still fall over one another so easily, even now as they fold their plus ones into the mix, the easy laughter, their decades of shared memories imparting an effortless joy. 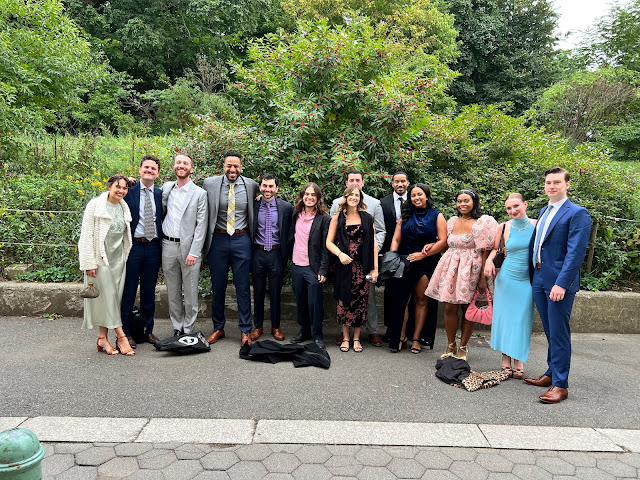 The groom works at the same non profit where my girl worked before she changed jobs in May of this year, so her former boss was also there, a man her whole family got to know at the various fundraising events they used to stage when our daughter was part of the events team, before she moved over to business partnerships. When we attended the dinners, her boss used to seat our family beside their big donor VIPs, because they trusted us to be socially pleasant and conversant enough not to mess up those relationships. When her former boss saw me at the wedding he came over with arms spread wide for a hug. "This is Kai's mother," he said, introducing me to his partner. "She's royalty!" And then he wanted to know how our girl was liking her new job. "Is she ready to come back to us yet? We miss her!" Music to a mother's ears. 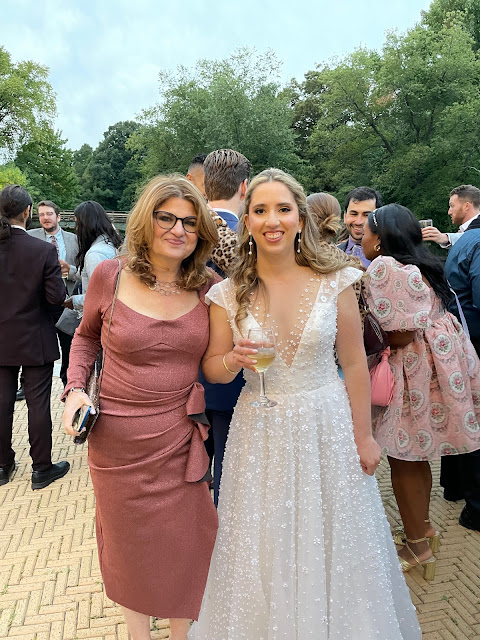 Speaking of mothers, Alyssa's mom and I have talked each other off various ledges since the beginning. We tended to be similarly anxious mothers, our imaginations hyperactive and unrestrained, and our girls have told us many times that they are so happy we had one another to vent our fears; it took some of the helicopter mom pressure off of them as they tested their wings. It was a gift having one with whom I could be completely transparent about my most catastrophic thoughts. We both felt completely understood as we then proceeded to reassure each other, itemizing all the reasons why our worst case scenarios were unlikely. And look how wonderfully our girls grew up! 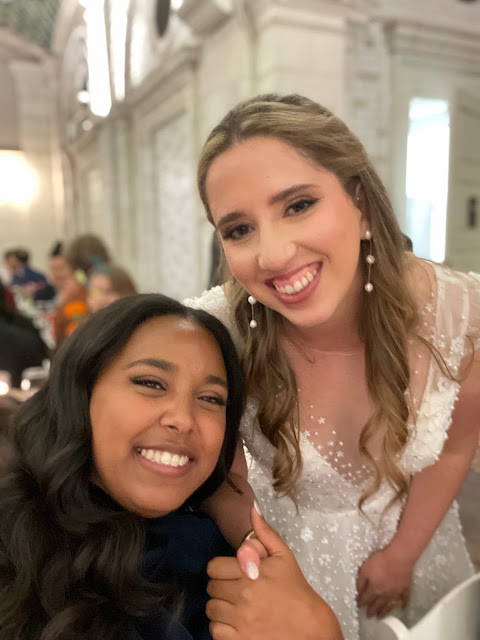 It was a beautiful wedding, different in its particulars from my son's more rustic affair, but with the same love energy charging the atmosphere. It was held at the elegant Prospect Park Boathouse in Brooklyn, with the vows and the reception taking place on the outdoor terrace beside the lake, and dinner and dancing inside the grand manse, with its handsome beaux arts arches and sweeping staircases. 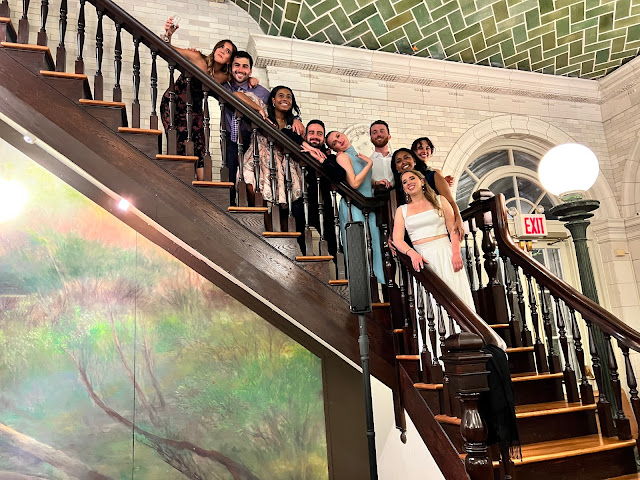 Of course, we took pictures and made videos, all the mothers, as we have always done when our kids gather, and then we exchanged our treasures in a flurry of texts the next day. And me being me, I also screen shotted some of the images our young people shared on social media, to augment my record here. These children indulge us mothers sweetly, even now. One young man, who went on to the attend the same high school as my daughter and who could always be counted on to escort her right to her door after late night parties, even asked to take a picture with me to send to his mom, who wasn't present. What a charmed class our kids were a part of. Few classes ever remain quite as connected as this one. They, we, are a soul cluster indeed. 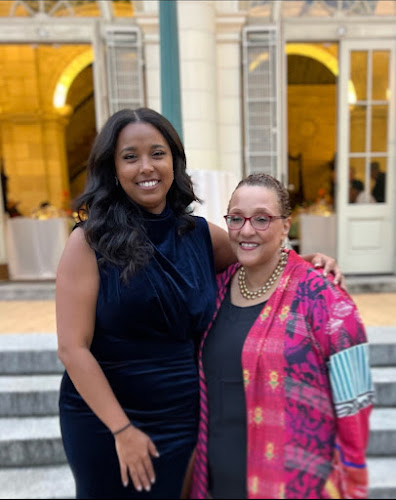 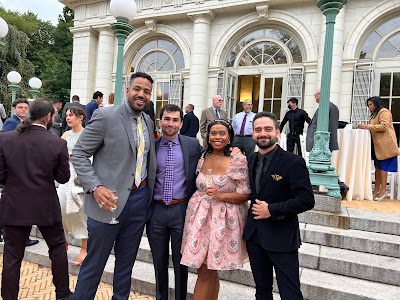 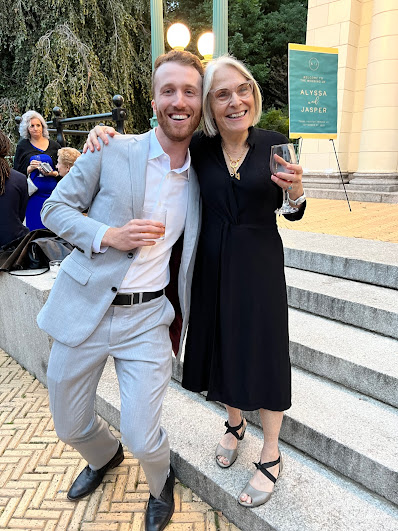 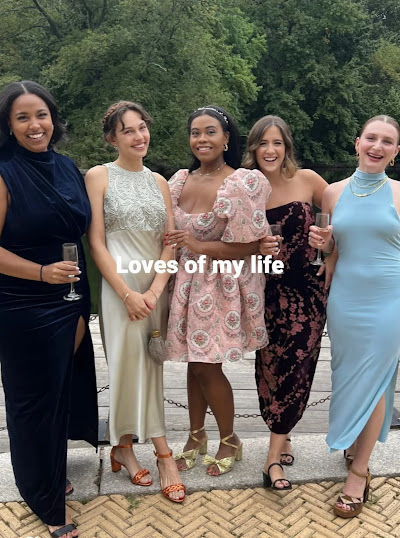 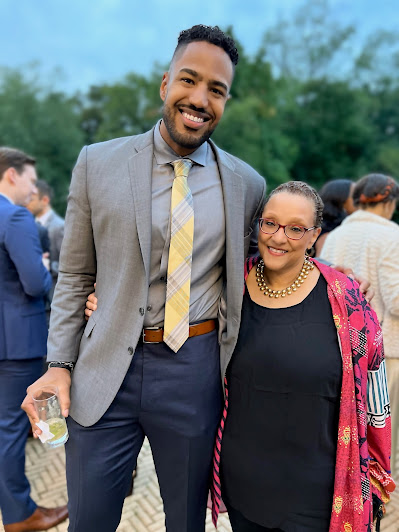 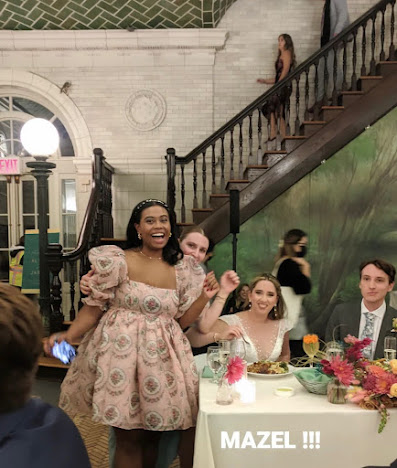 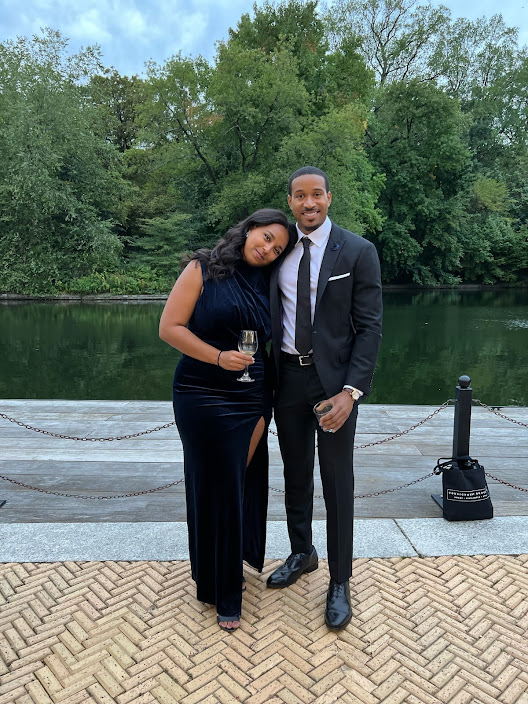 Aren't they so beautiful.
Posted by 37paddington at 1:07 PM