They know how to fly

My son came home from the woods last night to spend our anniversary evening with us but also to borrow our car. It was interesting how the dynamic of the four of us seems so balanced, as if everything is back in place. It was lovely. But then he left again before daylight this morning to drive back up to camp where he will work his final day and then pack up his things and bring them and himself home. But not for long. Tomorrow morning he and a number of his camp friends will fly out bright and early for a week of revelry at the beach in Miami. Apparently this is something the counselors do at the end of camp every year, but he never could join them before because he always had to head back up to college. This year he's in the mix. That's him and one of his closest friends in the world out on the Sound last week, on a day off from work. My son is a lean six-foot-two. His friend J. is a lean six-foot-nine. He makes my son look look so much smaller than he is in real life. 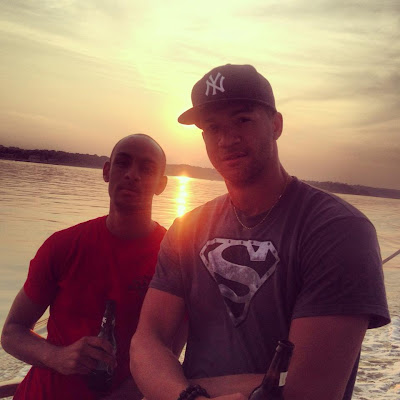 Here's another picture of them from when they travelled to England together a couple years ago. I sort of adore this photo. They look so free, men of the world, owning their place in it. But I remember they drove a car that was so small, J.'s head stuck out of the sun roof. 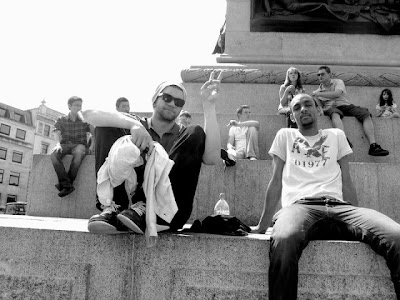 Our daughter is in the throes of packing up for her return to college tomorrow. One of her best lifelong friends is transferring to the same school this year. She is already there for orientation and just texted my girl how much she loves it. She and her mom and my girl and I had dinner together Thursday night before she left. She was so nervous, a mountain of clothes piled up on the floor in the middle of her room. She and my daughter were going through and deciding what she should take, while the mamas talked. I am glad these two will have each other. Here's a photo of them from this summer. 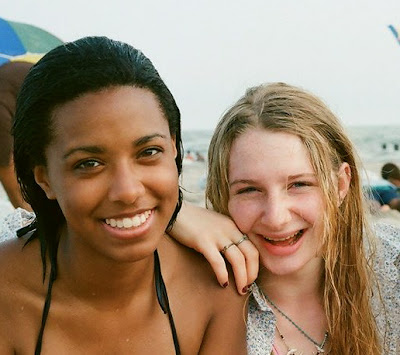 My girl is also busy with various DIY projects to decorate her dorm room. She's over the moon about having a single, although her roommate from last year will be right next door, and another suitemate from last year will be two doors down. She's been painting Mason jars for flowers, pencils and coins, and has determined her color scheme will be soothing pastels. Here are the finished Mason jars. 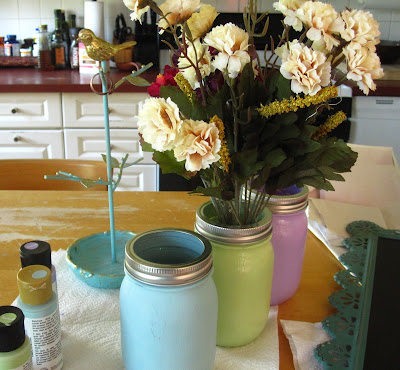 My husband meanwhile seems to have ducked into his metaphorical cave, which might be how he deals with incremental losses such as our children flying the coop. I feel lonely out here on the plains without him but there's nothing to do but wait for him to emerge. Perhaps the engagement of driving our girl north and helping her get what she needs to set up herself up for the new school year will beckon him back. He's really very funny and charming when he's present. He can really set the mood.