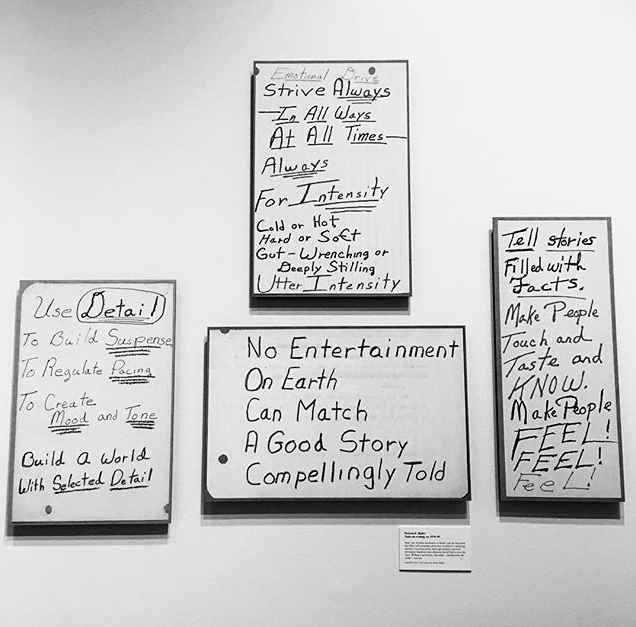 These notes on writing were made by Octavia Butler, author Kindred, Parable of the Sower and so many other utterly compelling fictional worlds. She was the first science fiction author to win the MacArthur Genius Award, and the first African-American woman to win widespread critical acclaim in that genre. Some of her papers are on display in an exhibition called "Octavia Butler: Telling My Stories" at The Huntington in San Marino, California, where the author's archives reside. These notes are sound advice for anyone endeavoring to tell a good story, anyone striving to shut out the clamor and surreality of the news and build a suspenseful, well-paced world within.

I have begun writing the book, but it is so very slow. I have accomplished a mere 953 new words in addition to the sample chapter I wrote for the proposal. I am picking my way through the thicket of facts and personal truths, looking for the right details, in the right proportion, with the requisite intensity, delivered in a way even those who might resist this particular story, can open their hearts to hear.