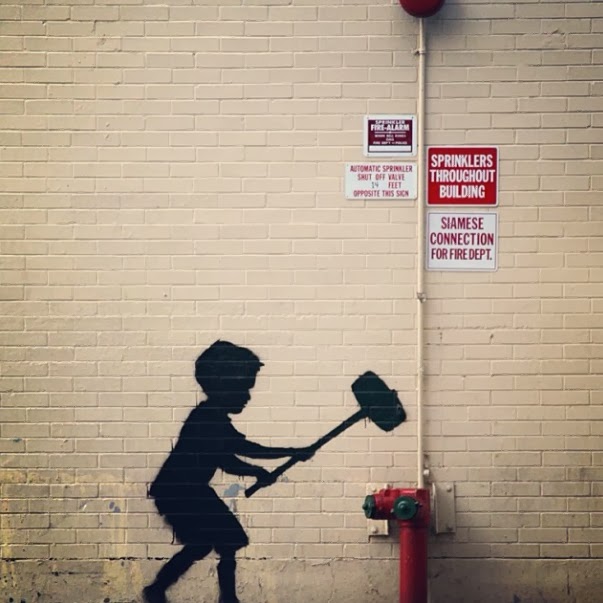 The British artist Banksy has stormed New York City with a month-long outdoor art show that he's titled "Better Out Than In." Each day this month, somewhere in the city, a new art piece appears, a stencil on the wall outside an Upper West Side shoe store, a pair of apocalyptic paintings hung under the High Line, an apparently crushed suitor on the gates of the Hustler triple X club, the Twin Towers with the indelible blooming flame an orange flower, a boy spray painting a burned-out South Bronx building while a suited butler holds a tray of spray paint cans. There are three-dimensional installations as well, like the slaughterhouse truck with the heads of stuffed animals wedged between its slats, called Sirens of the Lambs, which has been driving the streets since mid-month. And the paintings hung under the High Line include a bench for viewing. The determinedly anonymous artist even set up a booth next to Central Park one day, with an elderly man hawking signed Banksy originals—which sell for hundreds of thousands in museums and at auctions—for $60 a pop. Hardly anyone noticed the booth among a line of stalls all catering to tourists. Only three people made purchases and one woman bargained the seller down to $30.

The mayor condemns the art as defacing the city; the police are on the hunt for the elusive artist; some of the insanely valuable paintings have been painted over like so much graffiti, a broken-concrete sculpture of the Sphinx dismantled. Other pieces have been lovingly preserved: The shoe store piece now has a sheet of plexi-glass protecting it. All over the city, pedestrians stop and pose with the pieces, a few cover the smaller stencils with cardboard and try to charge for viewing, shoppers and diners run to storefronts pointing at the slaughterhouse truck going by and asking each other excitedly, "Isn't that...?" while others walk by entirely blasé, they've seen it all before. Me? I absolutely love the in-your-face democracy of it, art for everyone, and if you can't travel to view the pieces in person, well, the revolution will be Instagrammed (@banksynyc). You can also view the daily installations here. 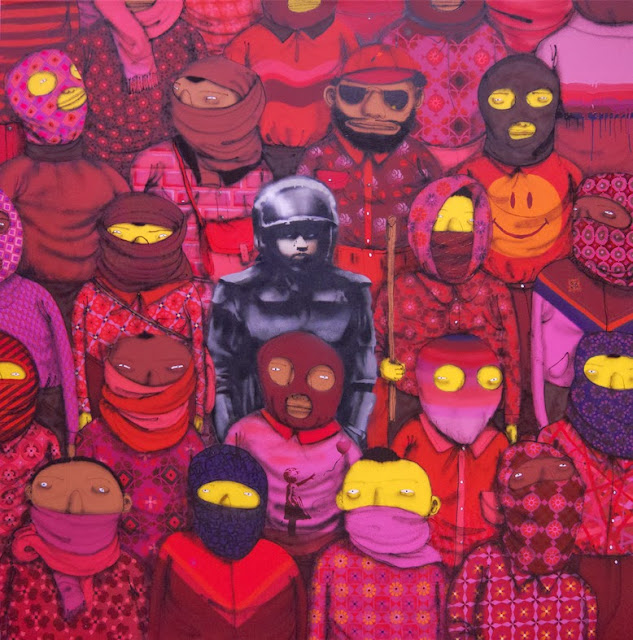 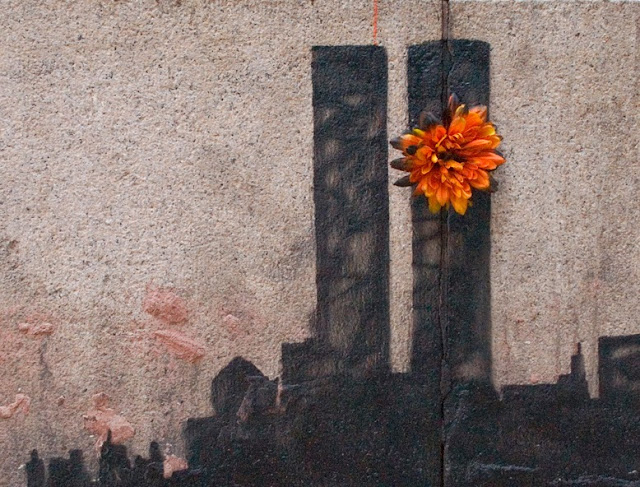