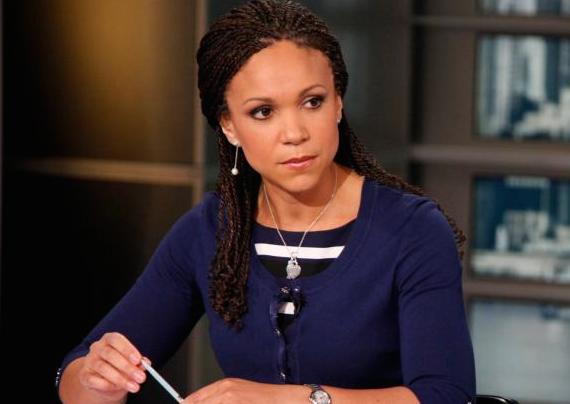 While MSNBC news anchor and Wake Forest University professor Melissa Harris Perry was in Iowa earlier this week, reporting on the Iowa Caucus and mentoring a class of journalism students who were there for the real world instruction, an unsettling thing happened. As she was standing in the lobby of her Des Moines hotel, watching the returns, a man came up to her, pressing so close she could feel his breath.

How did you get credentialed to be here, he wanted to know. His tone was ugly.

She didn't know if he was there to kill her, but she felt his malevolence, and knew at once it was a possibility. She says things became a blur, a response to being violated that she'd learned in high school when an adult neighbor held her down and raped her. Now, in that hotel lobby in Iowa, she heard the man say the words "Nazi Germany" and she heard him say, "I just want you to know why I'm doing this." She knew whatever this was, it wouldn't be good, but she stood there, frozen in that helpless stupor that had overtaken her as a young teen.

It was only the sight of her students some feet away that rocked her back to the moment, that made her think that whatever this man intended, she didn't want her students to witness it, and so she jumped away from him, moved to the other side of the table at the same moment that her friend, who was almost surely white, stepped between her and the man. Now everyone's attention was on the man, who turned and ran out of the hotel, got into a waiting car, and drove off.

What the holy fuck.

That man was basically saying that as a black woman, she had no right to be there, in his part of the country, doing her job.

Some people tweeted that Melissa Harris Perry is just being dramatic, that this was no attack. Those people are tripping. I don't have a hair of doubt that she knew the true nature of what was going down. But why on earth should this hardworking journalist not be as free as her white peers to go where the news is happening and report on it? Why should she be more in jeopardy simply because her skin is a darker hue?

I blame Trump. I blame Cruz. I blame the hate speech of every right wing Tea Party or GOP candidate who's been out there, encouraging bigots to victimize and do violence to others based on nothing more than their difference from them.

Someone told me this morning that Clinton was just a Trump or a Cruz in disguise. Well, even if she is, at least she's not out there telling people it's okay to give in to their basest instincts. She's not out there stirring up the forces of hate. There are no perfect candidates in this presidential race, but some are intensely more dangerous than others.