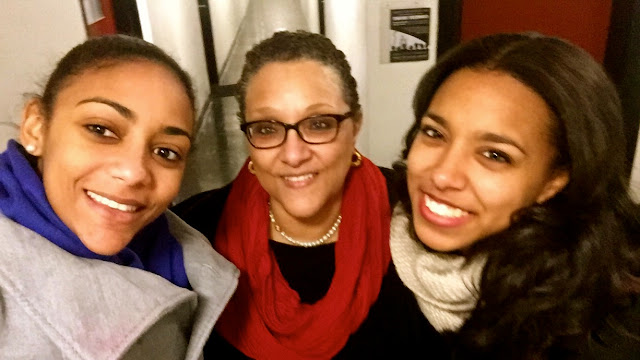 There are happy happenings in my world. A couple of weeks ago my daughter and my niece texted me in our group inbox and said, "We're thinking it's time for a girls weekend. You in?" Like Flynn, I texted back, cliches be damned. This past weekend, both girls traveled to the city from their respective schools, meeting up here on Friday afternoon. We had such a wonderful time, doing little more than eating out at places we've been wanting to try, getting mani pedis, binge watching Shondaland shows and Survivor, and hanging out with my husband and son, my son's girlfriend and niece's boyfriend, all of us sipping red wine (Saturday night) and chatting and laughing riotously while my baker child made pineapple upside down cupcakes as a treat because she knows her grandmother's pineapple upside down cake was my favorite thing she used to bake (closely followed by her banana bread). Apparently, I drink socially with my children now. I didn't know I'd be that mother, but it seems okay. They seem okay.

At one point my kids and my niece had a deep conversation about gender role messages they absorbed from their parents. My husband and I were stunned to discover that my son had internalized the idea that the man should always pay. Whaat? How, I asked him. "Because when we take cabs you always give Daddy the money to pay, even when it's your money." He thought this meant I wanted the appearance of the man paying my way. Oh Lord. I then explained to him that the only reason I gave his dad the money was because I didn't feel like fooling with tipping and making change. It was sheer laziness, I explained, and his dad simply indulged me. Fortunately for my son, his girlfriend refuses to indulge his well-meaning chauvinism.

My niece laughingly shared that growing up, whenever she asked her dad for money to go out with friends, he joked by asking why were her friends so broke. I told her don't believe her dad's jokes, because my brother, like my dad, always counseled me to pay my own way. My daughter then asked her dad whether he thought that when she went on a date the man should pay for her. "No," her father told her. "Always offer to pay your own way. You don't want people feeling you're beholden because they've done all the paying." 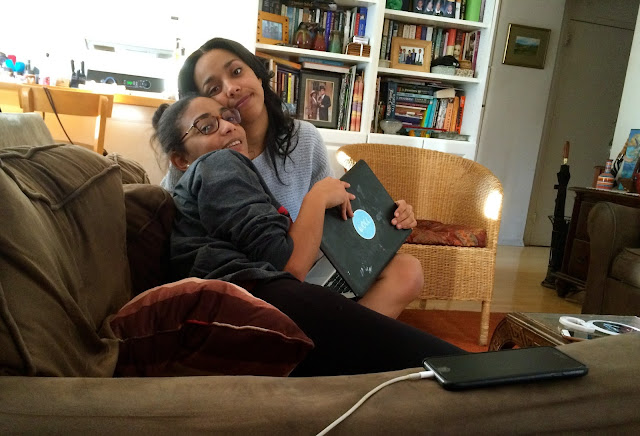 At the same time, we all admitted to the double standard that the man should at least offer to pay the bill, especially when the relationship is new. Picking up the tab, we decided, could be an important clue as to whether a prospective partner was generous or a cheapskate. While we recognized this dynamic plays out differently in same gender dating, we confessed that when it came to straight couples, we didn't feel nearly as strongly about the woman offering the pay the whole bill, though we agreed it was fine for her to also sometimes pick up the tab once she knew who she was dealing with. This whole exchange made me really aware of how hard it is to thread the gender role needle exactly. It also made me wonder what other messages I might have unwittingly passed on to my kids, the ones I don't even know about and so cannot address.