"Tell everyone I love them" 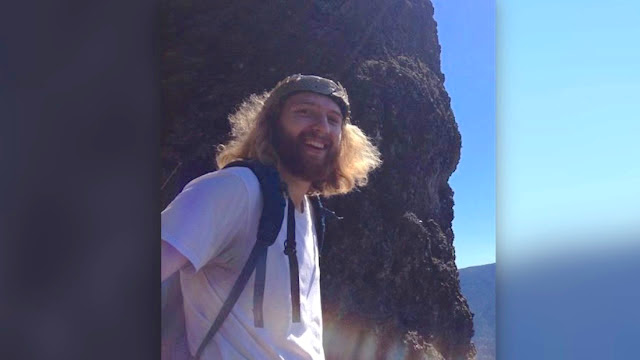 I finally allowed myself to read a news story about what exactly transpired on that Portland train last Friday. How a white man came on board and started hurling invectives at two young women of color, one wearing a hijab. How one man, and then a second, and then a third tried to calm the violence, tried to reason with the hateful passenger and even to form a human shield between him and the young women. How as the train pulled into the next station, the man, whose surname was Christian, and who declared himself a white supremacist, lunged at the three men and stabbed each one in the neck, before running off the train. The other passengers called the medics, they knelt beside the men, two of them dying. They talked to them and prayed with them and called them angels. They thanked them and told them they were not alone, these men who might have looked away, but who stepped into the fray to turn evil aside, and who died in the act of being loving. 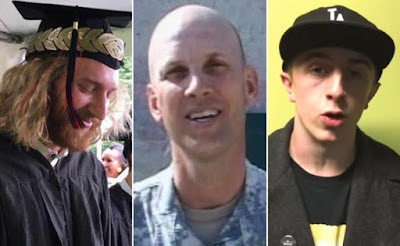 We should all know their names: Taliesin Myrddin Namkai-Meche, 23. Rick Best, 52. Micah David-Cole Fletcher, 21. One of the men who died was a military man, father of four. The other was a free spirit, long blond hair, joyful smiles in his photographs. The third was a student at Portland State. He lived. The young blond one was the same age as my daughter, a recent graduate of Reed College. An older black women knelt beside him, a single mother of five children on her way to classes at the community college. She took off her tank top and pressed it to the wound on his neck, whispering to him, "Stay with us. You are such a beautiful soul." As the medics arrived and placed him on a stretcher, he said to the woman, "Tell everyone on this train I love them." His last words.

The story is here.

There was the very worst of humanity on that train, but there was the best of it, too. And despite those who died, the goodness and love were more powerful, more enduring than all the vile  hatred that spewed from the unrepentant killer. I cannot stop thinking about all the people from so many different walks, who collided in that one tragic moment last Friday. It is such a metaphor for the moment in which this nation finds itself, the murderous hate, countered by bravery and righteousness. Who will win the soul of the nation? I have to believe that good will win, otherwise I might just lay down and die.