The goodness of the microcosm 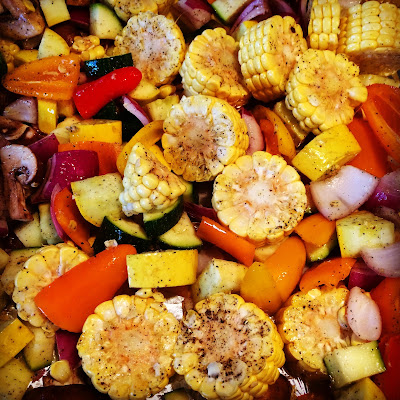 Last night our friends Leslie and Janice came over for dinner, and my darling man cooked everything—a delicious raft of roasted vegetables and tender poached salmon—and he even brought home birds of paradise and ginger lilies and made a minimalist yet dramatic arrangement, just because the flowers looked so vibrant as he passed them while shopping for his ingredients. I merely tidied the house and once our guests arrived, sat and chatted with them, sipping a nice Malbec while the man prepared dinner. He joined in the conversation from the kitchen, and then in short order he called us to eat, the four of us sitting informally around the kitchen island (not the HGTV kind). We had a lovely, easy time, the talk turning to politics just once, and briefly, but for the most part we ignored the world outside just for one evening, acting as if America isn't burning itself down. 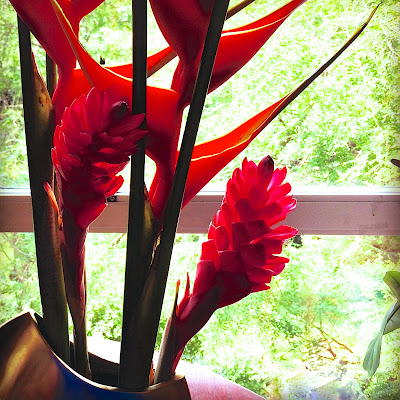 There was a shooting at a hospital in the Bronx yesterday afternoon, an obviously deranged doctor who got his hands on an assault rifle and why on earth does any private citizen need an assault rifle? This man, who quit the hospital staff over allegations of sexual harassment a while back, returned to gun down seven people, all but one of them medical staff, before putting a bullet through his own head. In addition to him, another doctor died, a woman. The rest were saved by quick triage performed by nurses and doctors even while the shooter still rampaged. I always wonder why these shooters don't just start with themselves, and if that sounds cold, so be it. My son's EMS station is in lower Manhattan, and this morning my husband and I confessed to each other that our first thought on hearing the news was to note with secret relief that it was in the Bronx, and so our son probably would not be one of the units called. 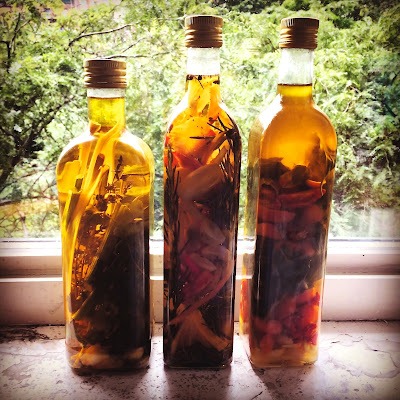 But back to the man and his yummy exploits in the kitchen: Those are herb infused olive oils he's been making, to rave reviews from everyone who tastes them. My daughter told him he should consider giving some as gifts. Sometimes when I post here about pleasant goings on, it might seem as if I am oblivious to the nightmarish news constantly blaring from our TVs. I'm not oblivious, but I often just need to shift my gaze. In the microcosm of my life, this has been a good week. In the macrocosm of America, not so much.