Birthday boy and the Godfather 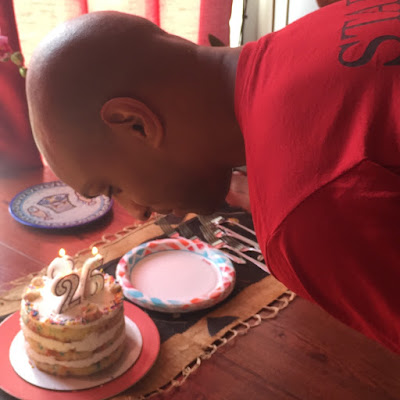 We got together yesterday to celebrate my son's birthday, which was on the fourth. How is it possible I am the mother of a 26 year old? The lovely party crew was my kids and their loves, plus my brother who happened to be passing through New York for the weekend. Even better, my son and his girlfriend, and my niece slept over from Friday night, and they woke my daughter up early to come and join them on Saturday, so it was a full day of celebrating. As always with this band, there were laughs and stories. Also, my husband's voice is showing the first unmistakable sign of returning. There is some bass in it now, less breath, more volume, just a tiny bit, despite the fact that he has not for a moment taken up the habit of silence. "Did Daddy always talk this much," my son asked me, laughing. "I don't remember him as being this talkative, but now that he's supposed to rest his voice, the dude won't shut up." "You don't remember him being talkative because we always hang on his stories," I said, and my daughter added, "Because they're funny as hell." Actually, she finds her dad's commentary even funnier in his Godfather voice. She was sorry when she learned he was supposed to rest his vocal chords, because she used to make him say things just to hear how it sounded with his rasp. As for me, I'm just happy with this new sign of continued healing. 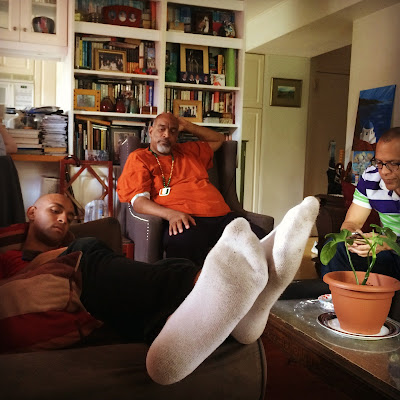 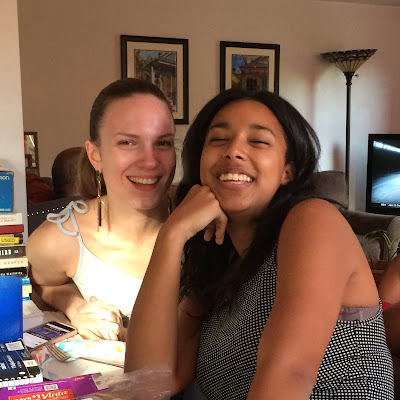 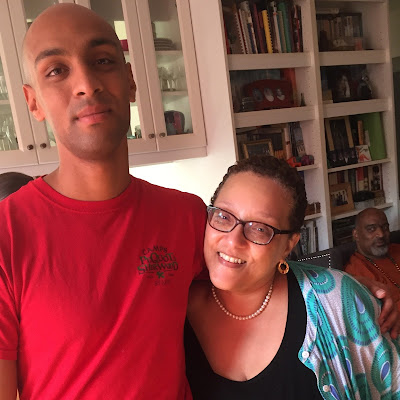 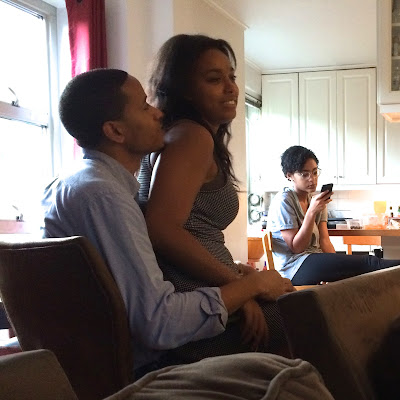 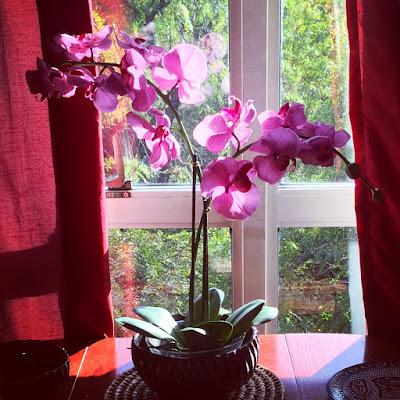