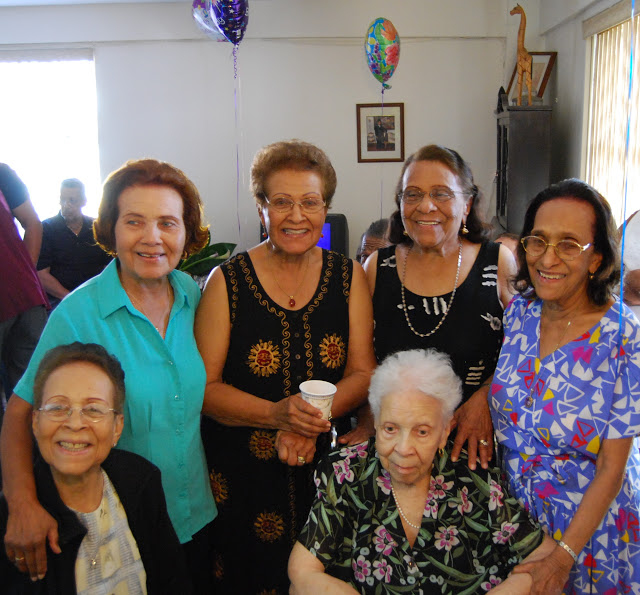 On a sad note, my Aunt Fay died at 5:56 am yesterday morning. She had been very ill for a long time, and had been in and out of the hospital for the past few years. She went in again ten days ago, and told her children that she didn't think she was going to pull out of it this time. Her daughter confessed that at the moment Aunt Fay stopped breathing, what she felt was a flood of relief that her mom wasn't in pain anymore. "She was so trapped in her body," she said, "and now she is free." I have often written here of the lifelong closeness of my mother and her eight siblings, especially the six sisters in that photo above. It was extraordinary to witness. 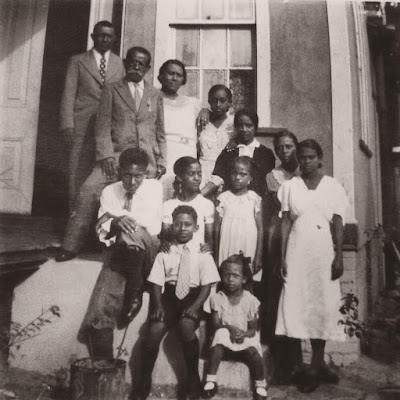 And now, of the original nine siblings in my mother's family, there is only Aunt Grace left. She is the only person still alive from the black and white family photo from 1935. Fay, then 4, is the little one seated on the rock. Grace is the one in the middle with her face turned to the right. She lives in Toronto now, but was thankfully in Jamaica with her daughter when she got the news about Fay.

In the photo up top, that's my mother Gloria on the right. Aunt Fay is seated on the left, and Aunt Beulah, who died four months ago, is wearing blue and has her arm around Fay. Aunt Grace is in the middle, and Aunt Maisy is to her right, next to my mom. They had gathered to celebrate their oldest sister Winnie's 92nd birthday in September of 2010. Seven short years ago, they were all still here. Aunt Winnie is the one with the white hair, my mother's hand on her arm. She was our matriarch in New York City. The joke in our family is that if the U.S. government had known how many of us would follow Winnie from Jamaica to America, they would never have let her immigrate back in 1949. Fay and her husband and three young children were among the first to migrate after her. They moved to Florida, and later, to New Jersey where, at age 86, Aunt Fay died yesterday, her children and grandchildren around her.

Aunt Grace said yesterday that she knew Fay would not last long after Beulah died. They were the two youngest, and as bonded as twins. "This world is so lonely without all my sisters and brothers," Aunt Grace said. "I can just imagine the party they are having on the other side."