The shape of shores 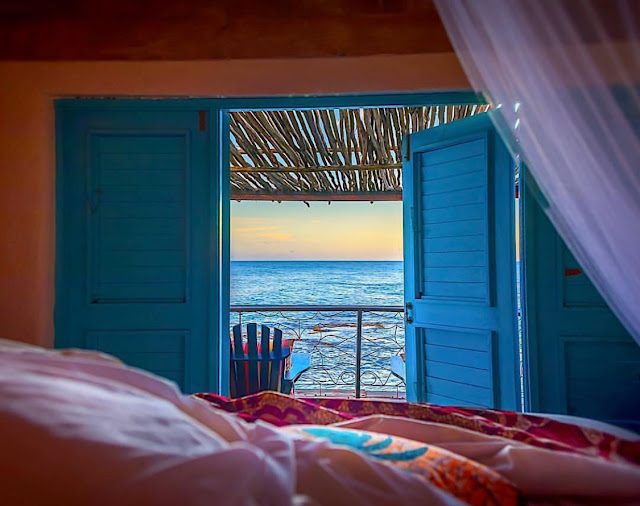 I found a poem I don't remember ever seeing by one of my favorite Jamaican poets, Dennis Scott. His most famous poem, "Uncle Time," was a staple on every school curriculum when I was growing up, although it possessed layers of meaning that did not reveal itself to schoolchildren. One year I was chosen to perform it from the stage on prize giving night. In those days I thought I was going to be an artist, and perhaps my teachers encouraged this, because every year, I received a prize for my art. But perhaps they also knew I wrote in secret. I was too shy to show anyone my stories, but maybe my teachers wanted to encourage the writing, too, because that year, the book I was given was not about a famous artist as it usually was (Durer, DaVinci, Modigliani). That year, it was a thin chapbook of Dennis Scott's poems, in which he had secreted worlds. But this poem, "Marrysong," wasn't in it. Or if it was, it utterly escaped me then.

He never learned her, quite. Year after year
that territory, without seasons, shifted
under his eye. An hour he could be lost
in the walled anger of her quarried hurt
or turning, see cool water laughing where
the day before there were stones in her voice.
He charted. She made wilderness again.
Roads disappeared. The map was never true.
Wind brought him rain sometimes, tasting of sea –
and suddenly she would change the shape of shores
faultlessly calm. All, all was each day new:
the shadows of her love shortened or grew
like trees seen from an unexpected hill,
new country at each jaunty, helpless journey.
So he accepted that geography, constantly strange.
Wondered. Stayed home increasingly to find
his way among the landscapes of her mind.