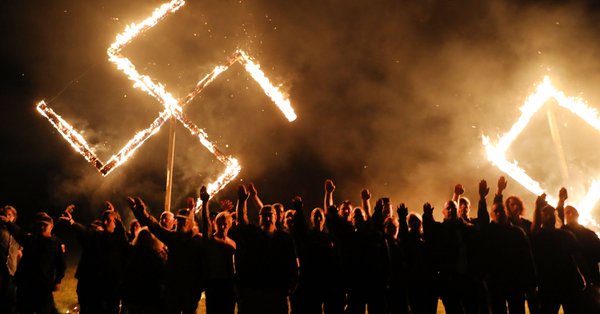 This happened last weekend in Georgia.

Meanwhile in Nashville, a  29-year-old white man walked into a Waffle House with an AR-15 and murdered four people, all black. A 29-year-old patron, also black, disarmed him when he stopped to reload. The shooter ran off, and a police manhunt ensued. The next day the mass shooter was caught in the woods with a loaded weapon and a backpack full of ammo. He was apprehended alive and unhurt.

Meanwhile in Sacramento, an unarmed black 23-year-old father talking on his cellphone in his grandparents' back yard was shot to death in a hail of police bullets with no warning. It was a case of mistaken identity. Someone reported a man breaking car windows and police went into this man’s back yard and shot him dead. No attempt to verify who he was or take him alive. His name was Stephon Clark. And he was only one of a mind-bending number of such stories. There seems to be a new one every single day.

Meanwhile, the mass shooter in Nashville revealed himself to be a member of a white supremacist extremist group targeting people of color in an act of domestic terrorism. He is being held on $2-million dollars bail, which means a benefactor only has the come up with $200K and he walks free tomorrow. Never mind that you’ve never heard of a mass shooting suspect being offered bail. Never mind that he is a known flight risk. Never mind that he was previously arrested by the Secret Service for infiltrating White House grounds and his guns were ordered taken away. They did take his guns but they merely turned them over to his father, who promptly gave them back to his son when the authorities drove away.

The Nashville shooter was in a Publix grocery store last week shouting racial slurs and threatening to murder black people, to wipe them from the face of America. No one called the police like they did for those two black men minding their own business in a Philly Starbucks right around the same time. Two days ago, the shooter made good on his promise in a Nashville Waffle House. And now a judge is allowing him to walk free.

The Nashville shooter must be well connected to some powerful people behind the scenes.

Or is it that he only shot black people?

When does it become too much?

UPDATE: Due to generalized outrage, the bond set for mass shooting suspect Travis Reinking has been revoked. I guess enough people expressed themselves. Meanwhile, James Shaw, Jr., the man who disarmed the shooter and prevented more bloodshed and loss of life, has raised through crowdfunding $184,000 for the families of the four people who died. He is an American hero.