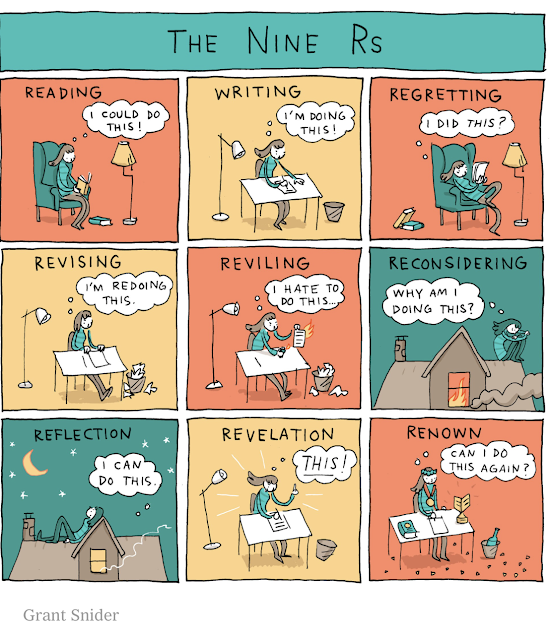 I saw this writing life cartoon in the New York Times and it kind of spoke to me. Every frame feels like the absolute truth except maybe the last one. Instead of renown, for me a more accurate word would be reassess, or maybe reinvent, or even just relief, because while there's no real glory at the end of the writing process, it does feel as if an enormous amount of pressure has been lifted—and then you have to start again from scratch, and it feels like a whole new ballgame every time. 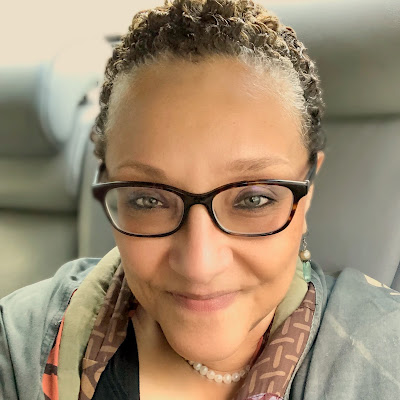 In other news, I think it's time to color my hair. There's a lot of, um, silver coming in. It really popped out when I used this new filter on Instagram, but I kept the filter anyway, because it nicely smoothed out my folds and creases. This face is not the whole truth.

Today, I went for my annual checkup which I have not done for almost two years. It was fairly painless, because when the doctor sent me to another floor to get a mammogram (also way overdue), and I found out I'd have to wait an hour to be seen, I decided to reschedule. Before that, my doctor was very pleased with me for losing fifty pounds since she last saw me, and though she's skinny herself, she told me all about the food changes she had made in her household and how they'd helped her lose 17 pounds. I tried to listen generously, even though I confess the thought crawled through my brain that if I had started out at her previous size, I wouldn't even have thought about trying to lose. Different strokes. Who was it who said each one's perception is her own truth, or was it the other way around?