I've been walking a lot more lately, having embarked on a buddy exercise program with my friend and neighbor. We used to try and meet up to walk, but that only worked sporadically, so now we have a system where we text each other the evening before and say what we plan to do for exercise the next day, and then we text each other once we've completed it. We don't judge the exercise plan, we just cheer each other along. We also agreed to start by setting a very low bar for ourselves so we almost could not help but achieve it. It's working! For the past three weeks, on six of seven days each week, I have done some form of exercise—walking, yoga, or strength training with bands and presses, sometimes a mix of all three. My friend is a walker, and she also works with the exercise bands, and best of all, she had a wonderful gallows sense of humor about all this. 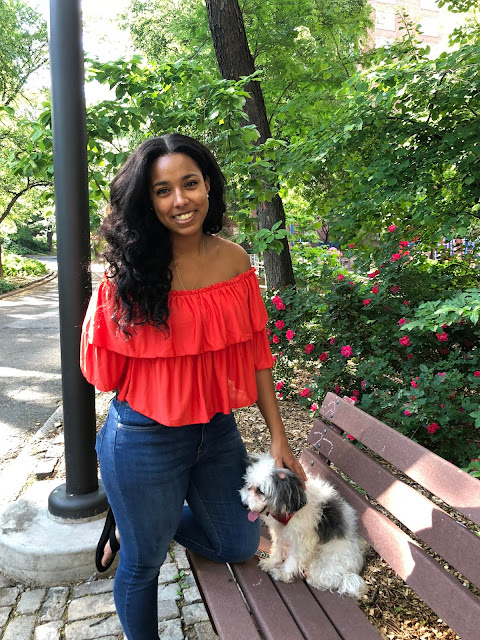 My very favorite way to exercise is to meet my daughter when she walks the various dogs she takes care of while their owners are away. Currently, she's dog sitting a little guy named Wiz. His owner travels a lot, so Wiz is with my girl a lot. Wiz does not like to walk. I've never seen such an indoor dog. He goes out, does his business and then tries to run back inside. My daughter isn't having that: a dog needs exercise, and so Wiz walks, and along with the two of them each evening, so do I. Wiz gets taken outside in the morning and late at night, too, but for me the sweet spot is the walk when my daughter gets home from work. Yesterday, we went out earlier than usual, because my girl was supposed to meet friends for happy hour at an outdoor beer garden. Oh to be twenty-something with the city at your feet!—though I don't remember having nearly as rousing a social life when I was her age. Maybe because she grew up in the city (while I came to it later) her roots here are deep and wide, with many different circles of friends. She was wearing a bright red top that looked festive yesterday, and the blooms were out in the garden, and I wanted to take pictures. My darling daughter is not nearly so compliant about that as she used to be. But yesterday, she obliged me. 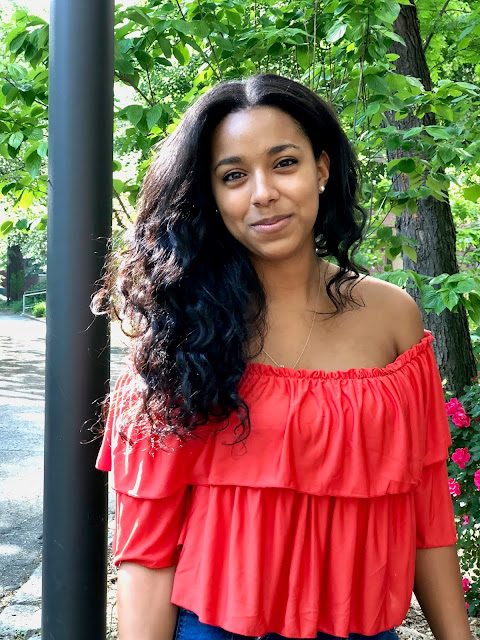 In other news my son passed his state boards and is now a New York State paramedic! He got a 95 on his final. He really studied hard all year and now he has just one more exam to go—regionals—and then we will attend his graduation in early June. He's hoping to get placed at a station house in Brooklyn, where he did his fieldwork, and enjoyed the variety and challenge of the calls. My husband once said of him that he's a kid who reaches the top of a mountain and then looks around to see where the next peak is that he can climb. He's already climbing the next peak to becoming a full fledged firefighter, his lifelong dream. I know I've said this before but my mother's heart wishes he would stay on the medic side of emergency rescue. He actually loves being an emergency medic, and is also now thinking of going back to school to become a nurse practitioner. Another mountain. May he continue to climb. 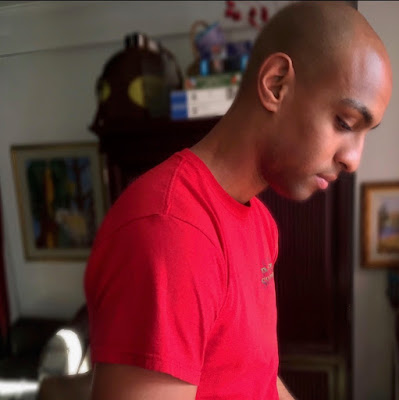 As long as I'm posting photos of my family, here's another one, this of my husband, who I can never manage to get good pictures of because as soon as I lift my camera he scowls at me. But we were out having dinner at our favorite neighborhood place the other night, the doors were flung open, the evening was balmy, and life felt easy and good. 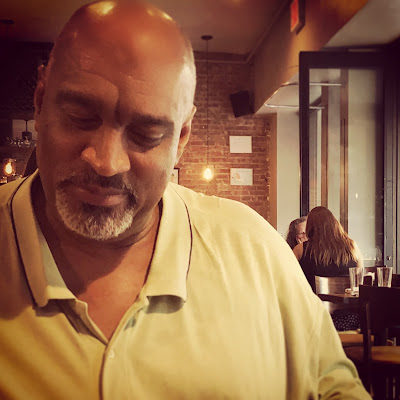