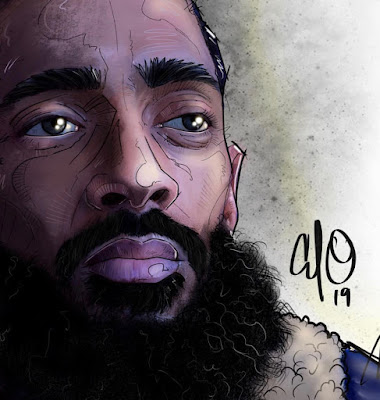 I hadn't really tuned in to rap artist Nipsey Hussle's greatness, not until he was shot to death two days ago outside his clothing store in South Central Los Angeles and my social media feed was suddenly full of people expressing overwhelming grief at his loss. The man was beloved. Raised by his grandma, he made it through violent teenage gang years, taught himself to code, and built his own computer so he could record his own music because he couldn't afford studio fees. He manufactured and marketed his mixtapes on a brilliant scarcity model that had people buying them for up to a thousand dollars a pop, and when he started to make money, he didn't move out of the hood, but instead reinvested in it, opening STEM centers where youth could learn science and tech skills, and opening businesses to employ and uplift his community. 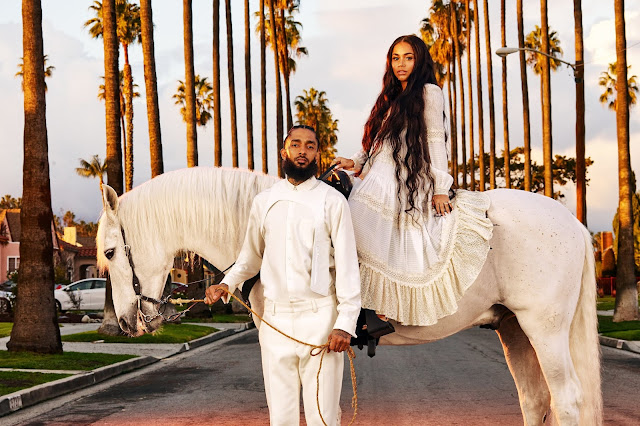 He also underwrote a huge outdoor art installation in South LA to showcase artists from his community. I saw some of the pieces when I was in LA in February, but didn't know whose brainchild the show was. Nipsey was on the rise, nominated for a Grammy this year for his album Victory Lap, and newly married to his longtime love, actress Lauren London, with whom he was featured in a GQ spread in March. An hour before he was shot, he tweeted "Having strong enemies is a blessing." Now everyone from big name stars to community activists to everyday folk who knew him, or knew of him, is singing his praise and mourning his loss. It just seemed that I should pause for a moment and note that Nipsey Hussle, an Eritrean American who was born Ermias Joseph Asghedom 33 years ago, was here, and he used his brief life to do all the good he could, for all the people he could, and now he is gone. Rest in power, brother. 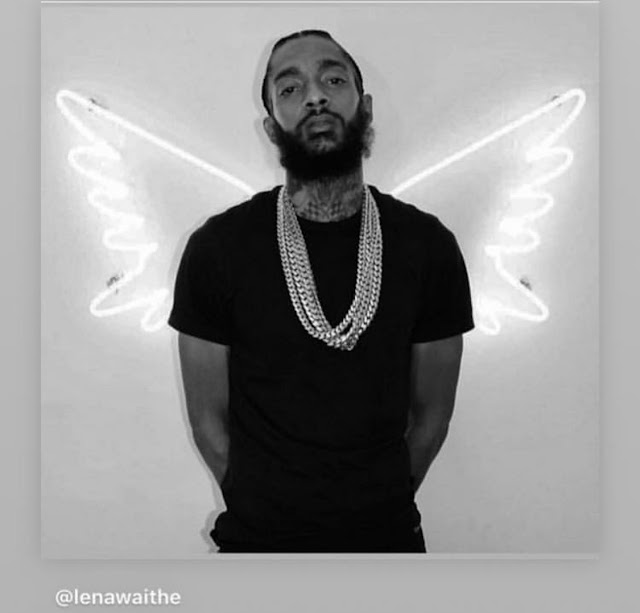