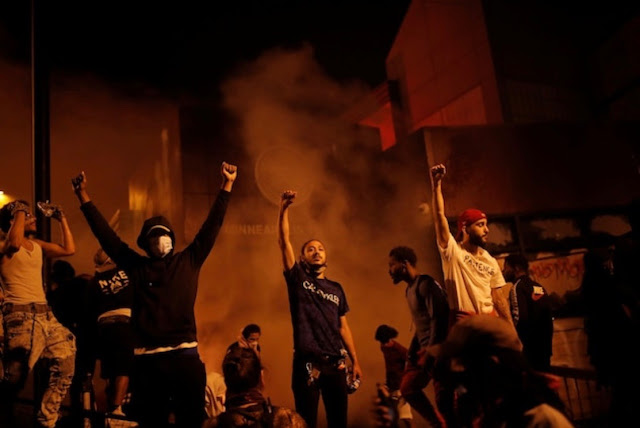 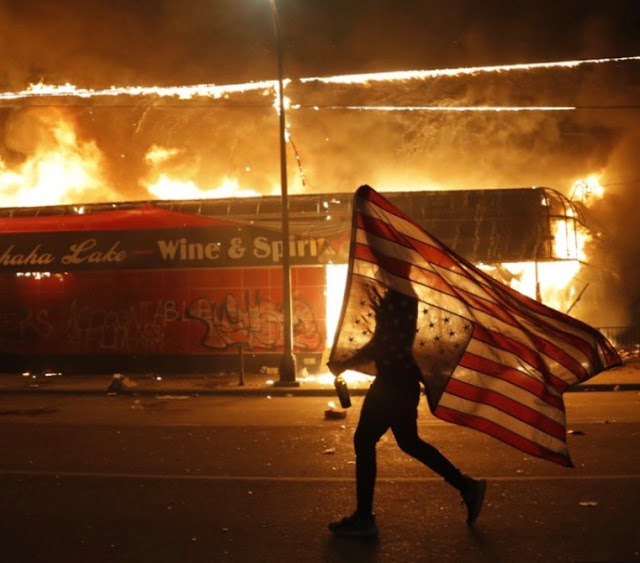 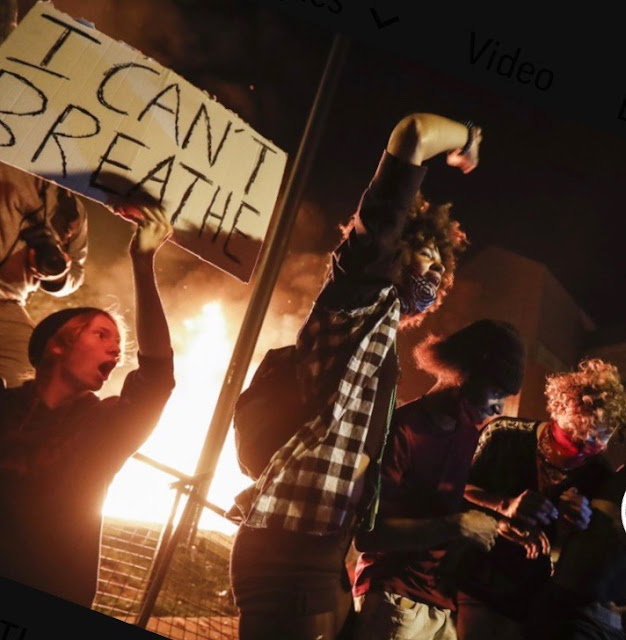 "A riot is the language of the unheard." Martin Luther King Jr. said that at Stanford University in 1967. It's been quoted repeatedly this week. If you're more appalled by the riots than by the murder of black men and women whose lives have been so callously destroyed, you might ask yourself: Why did police meet peaceful unarmed protestors with tear gas canisters and billy clubs, with rubber bullets and riot gear, when they managed to stand with such equanimity in the face of white supremacists waving Nazi flags and packing assault rifles when they stormed state houses not even a month ago? Why was a white cop in street clothes caught on camera methodically breaking the windows of Auto Zone, the first store to burn in Minneapolis, despite the efforts of locals to stop him? And why were white men with hammers and walkie talkies filmed breaking store windows and setting fires in Oakland last night, only to have the destruction blamed on Black Lives Matter demonstrators today? Why did white allies feel a need to form a line in front of black protestors, creating a wall between them and police mobs brandishing clubs and guns? Why were two black cops in uniform the only ones trying to de-escalate the fevered anger of the crowd in Brooklyn last night, as white plain clothes cops—identifiable to each other by the white armbands they wore—pulled weapons on protestors and knocked them to the ground? When have matching armbands of any color ever been a good omen, or brought peace? "When the looting starts, the shooting starts," Trump tweeted in the midst of the justifiable anguish and rage. It was a dog whistle to his base. As commentator Keith Boykin put it: "America is a tinderbox ... and Donald Trump is an arsonist carelessly flicking a lighter."