I will say that Minneapolis officials acted quickly to fire the four cops who pressed a black man's face into the asphalt while one of their number pressed a knee into his neck until he stopped breathing. They didn't care that people were filming them, catching on tape the chilling reprise in his repeated cry, "I can't breathe." The man, George Floyd, was suspected of passing a forged $20 bill. I don't even know if he was actually guilty of that, I haven't looked into it because I don't care. Suspected forgery does not warrant public execution by men in blue on an otherwise ordinary Monday. Now, we need those officers to be held accountable through legal prosecution. I am absolutely convinced there is truth in all those articles I've read about white supremacist groups infiltrating police departments across the country. I only wonder why it doesn't get more attention.

Meanwhile, in my own neck of the woods on Memorial Day, a white woman in a bird watching sanctuary of Central Park was so incensed when a black man politely asked that she leash her dog, as the park required in that area, that she called 911 to report that "an African American man is threatening my life." The man's sister was filming everything. The dog-owner was clearly in the wrong, and definitely not endangered in any way. Still, she repeatedly fake screeched her claim that an African American man was threatening her life to the 911 operator, demanding police be sent immediately. In effect, she was committing attempted murder by cop, because she knew full well that her fake tears, and her repeated emphasis on "African American man" would guarantee police showing up with guns blazing. Fortunately by the time the cops came, they found no one.

Monday night, when I first saw the video of this woman trying to call down a rain of police bullets on a black man who was merely out bird watching, I felt uneasy. The woman seemed emotionally unstable, which could only be exacerbated by the way Twitter and the rest of the internet piled on to identify her by name and her job as a VP for a financial firm and to (rightly) condemn her actions. Her company's website crashed because so many people were contacting them to demand they fire her, which they did the next day, and the dog rescue took back her dog, too. I just hoped she was realizing what she had done. I confess my heart hardened when I read her poorly crafted apology, in which she claimed that she has always considered the police a source of protection and had no idea that other communities did not feel the same way. Come on, Amy Cooper, do you watch the news? Though the man she victimized accepted her apology, it's perfectly clear from the video that she had fully intended to endanger his life. And hours later, on a Minneapolis street, we all got a deadly lesson on the consequences of her actions. This woman is a danger to my son, my husband, all the black men I know and love, all the black men you might know and love.

The night before all this, I had tried to recenter my consciousness on expressions of love, to be myself a channel of love in the world, with the idea that whatever you focus on expands. I was reading someone's theory that America is a deeply fearful country, and the collective expression of that fearfulness is what got us Trump. I was trying to remind myself that in my little corner I have been outrageously blessed, and I wanted to stay conscious of that, and to be intentionally thankful for it. But holy hell, this world. It crashed the boundaries of all that loving consciousness. And so this morning, I am over here, rebuilding. 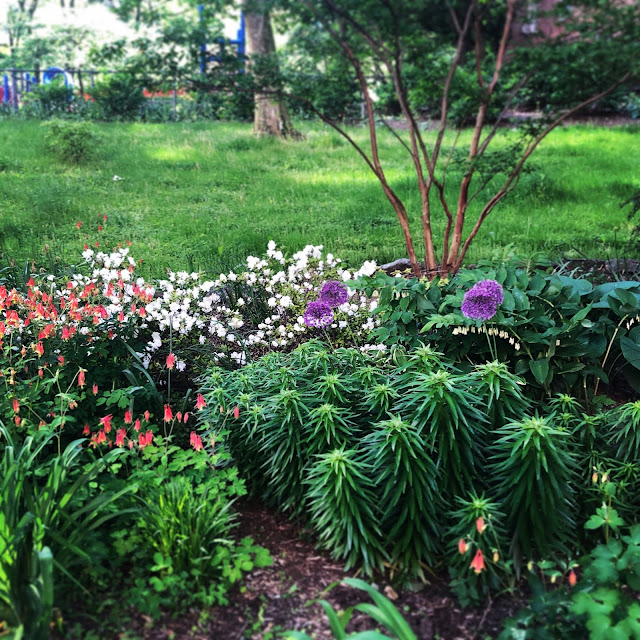