Pop up testing and my forever president 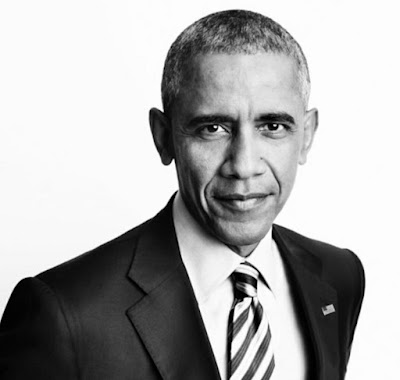 Did anyone catch President Obama's commencement address to the high school class of 2020 on Saturday night? It made me yearn for such classy, compassionate, and intelligent leadership right now. My favorite part of what he said: "Be alive to one another’s struggles. Stand up for one another’s rights. Leave behind all the old ways of thinking that divide us—sexism, racial prejudice, status, greed—and set the world on a different path."

I won't pretend that I didn't also relish the thought that my forever president's address to the nation's high school graduates, who will be new voters in November, would make the orange monster's head explode. So much for high mindedness.

I read a piece this morning bemoaning the fact that covid tests are now widely available yet not enough people are coming forward to get them The city is popping up testing sites in churches and parking lots, and even on streetcorners, to encourage more people to get tested either for the virus or its antibodies. Reading the report, I felt a little sheepish, as I have been banging the drum about the need for widespread testing for months now. So why haven't I availed myself of the chance to finally be tested?

Back when I had a cold in week two of the quarantine, I had made an appointment to get a covid test. This was after I realized that I'd likely been exposed by my choir mates sitting to the immediate left and right of me in rehersals. One of them later tested positive for covid, after being in bed with fevers and a cough and a blinding headache for weeks. The other tested negative, and decided that she'd simply had the flu. My own testing date was set for the following week, but a couple of days before they cancelled the appointment, saying they were no longer testing anyone except those who were being admitted to hospitals.

A couple weeks ago, the same testing outfit began emailing me and inviting me to make a new appointment. Why haven't I done so? For a few reasons, actually.

Since the pandemic began, I have personally known several people who without a doubt had the virus. One suffered with pneumonia and struggled for breath for weeks. She also had a searing pain that she said felt like fire inside her back and chest, which her doctor could not explain. She was admitted to the hospital but then was sent home after a day, with inhalers and antibiotics and flu medicine. Two months later she is still not right. She is fatigued just walking across the room. But slowly, she's improving. She can breathe more easily now, and no longer fears that when she goes to sleep at night, she wont wake up. Yet her covid test came back negative.

Another friend was hospitalized twice, in very critical respiratory distress, yet he tested negative twice in the hospital. After he recovered, he took the antibody test, and sure enough it was positive. In another family we know, the teenage daughter got sick with all the symptoms of covid. She recovered quite well, but her test, too, was negative. Her parents are convinced it was a false result.

All of this has undermined my confidence in the accuracy of the covid tests, which are said to have as high as a 30 percent false result. Another article I read suggested the antibody test can be a crap shoot, too. The article investigated 14 different antibody tests currently in use and found that only two of them gave accurate results 98 percent of the time.

Another consideration: Testing negative for covid today doesn't mean I won't be infected with it tomorrow, or even today, and even at the center where I might go to have the test performed. That's another reason I haven't rushed to get tested. Still, if I were to come down with symptoms, at least now I know I could get a test, even if the result had up to a 30 percent chance of being wrong.

So I'm not complaining about the absence of tests anymore, at least not in New York City. Now I'm arguing for better quality control, so that we can weed out the tests that are poor and settle on the ones with a greater degree of accuracy. I guess there's no pleasing me. Am I wrong to not get the test now that it's become more widely available? I'm totally open to arguments that will change my mind.