"All I was trying to do was become better"

Good morning blog family. Thank you for checking on me these past couple of weeks. I had no words and too many words for all the hell we were, still are, living through, and finally, I just decided to be silent for a spell, to sit with my heartache over the young man in Aurora, Colorado who played his violin for kittens in shelters in his spare time, who wore a ski mask outside because he had anemia and was often cold. That sweet faced boy was walking home one night, gesticulating wildly, possibly dancing to the music coming through his earphones, and someone called the cops on him, said he was acting strangely, said he had no weapon, didn't seem dangerous (so why call the cops on him?), and then the cops came and harassed him, roughed him up the way they do with black men, and he was so confused why they were doing that to him, this boy who played his violin for kittens. 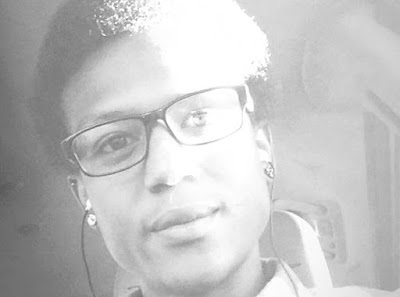 The cops could not provoke him to resistance, which what they do so they can arrest and claim resisting arrest, in fact the boy asked why they were hurting him, he said he loved them, he said he was sorry, and then the cops called EMS saying they had an emotionally disturbed person and the medic came and shot him up with enough ketamine for a 220 pound man even though the boy, sorry the young man, weighed 140 pounds. The ketamine caused his heart to seize and killed him. I know, because my son is a paramedic, that the medic doesn't know his job, because he should have been able to calculate the proper dose for slight bodied boy who had been roughed up by the police for no reason. The young man's name was Elijah McClain.

I keep thinking of him as a boy because he possessed such innocence. His cousin said he was "the sweetest soul." These were his final words. 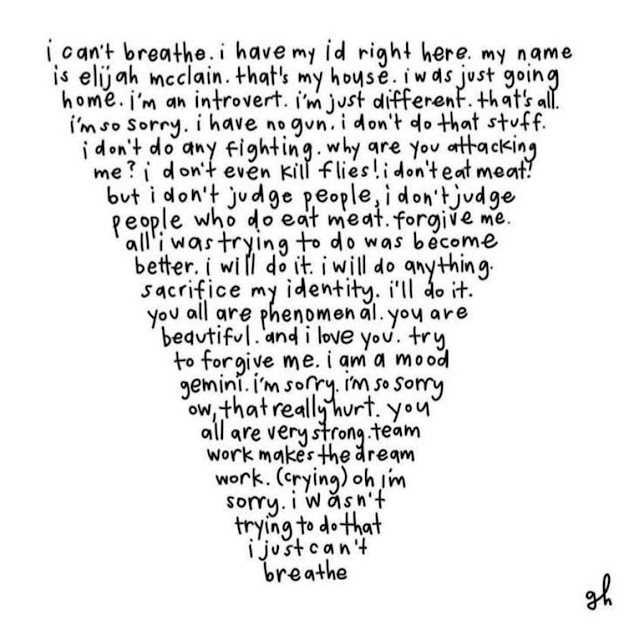 Now you see why I have not been here. The tragedies pile up, and they pour out of me when I sit down to write. I did not intend to write about Elijah McClain this morning. I thought I would just post a picture of flowers and say thank you. I didn't understand that Elijah McClain was still so much on my heart that he would find his way out through my fingers, through tears wetting the qwerty keys.

But since I went there, I should also bear witness to Rayshard Brooks in Atlanta, 27 years old, who had fallen asleep in his car in the drive through line of a Wendy's burger joint. He wasn't blocking anyone. Other cars could pull around him and get their food. It was his daughter's birthday, and he had been drinking. Someone called the cops. When they came, he asked if he could just walk home to his sister's house a few minutes away. But no, they began to harass him and escalate the situation. He was compliant the whole time, until they pointed a taser at him and tried to slap cuffs on him, at which point he grabbed the taser and took off running. He was drunk. He wasn't reasoning at full capacity. All the same, running away from cops seems a very logical thing for a black man to do because if you go anywhere with them you very likely could end up dead. Rayshard ended up dead anyway. The cops shot him in the back, and then walked over to his prone body and one of them kicked him while the other stood on him.

Never mind that after arresting that white boy Dylann Roof who murdered nine black people who had welcomed him into their prayer group at a Charleston church in 2015, the cops bought him a meal from Burger King because he was hungry. He had gunned down nine people in the act of praying yet the cops managed to arrest him without putting a scratch on him. Then bought him food. The least the cops could have done for Rayshard Brooks is call him an uber or offer to drive him home in their squad car. He was unarmed, a family man. He wasn't actually driving drunk though obviously he had been. But driving drunk is not punishable by death. He just needed to get home.

And then there are the seven black men across the country who have been found hanging from trees in the past two weeks, in front of a City Hall, in a school yard, in a park, all ruled suicides. I promise you, black men do not hang themselves from trees, even if they have decided to exit this life. How do you rule a man whose body bears bruises from a recent battering as a suicide? Why is the press not covering this story? Some are whispering that it's cops who are orchestrating this new/old form of terror. I don't know it that's true but they're the ones ruling these lynchings as suicides, and in their response to BLM protests across the country, they're the ones making the most convincing case about police brutality, too.

My daughter and her boyfriend had to drive to a town in New Jersey two weekends ago and they asked to borrow our car. I thought nothing of it as I waved them off, and then suddenly, I was hyperventilating, realizing they were heading to a small town in the middle of nowhere, a place I knew nothing about and could not visualize, and would they find Trump supporters there, white supremacists who might do them harm, and I couldn't breath properly until they called me a couple hours later and said they were on the way home.

So this is why I have not been writing here. Who wants to read about such casual everyday trauma? And yet, it seems that when I sit down here, I cannot write anything else unless I set this down first. I think I feel driven to bear witness because until November, it is the only thing I can do. 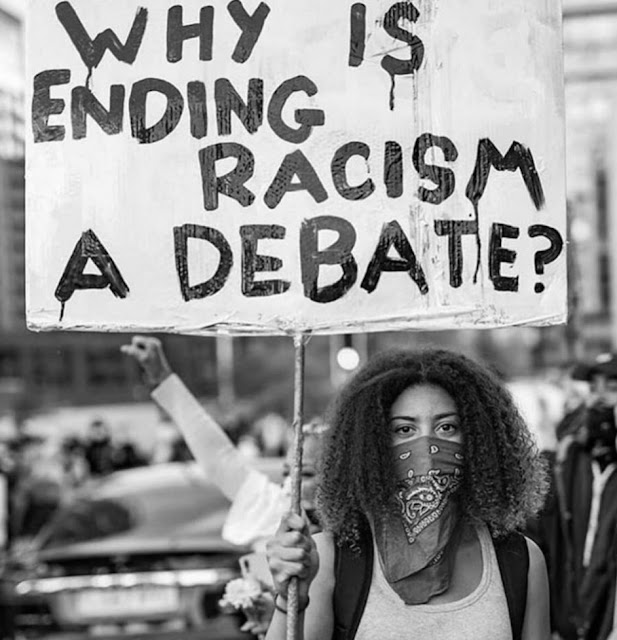