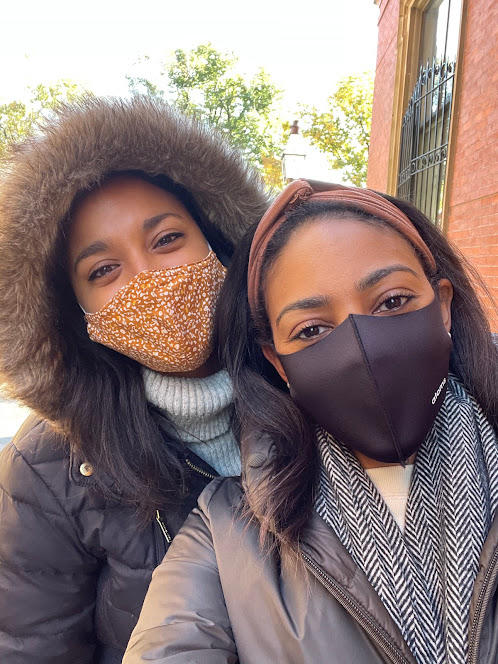 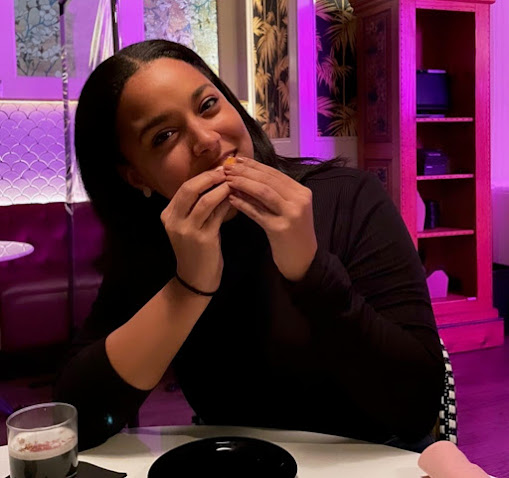 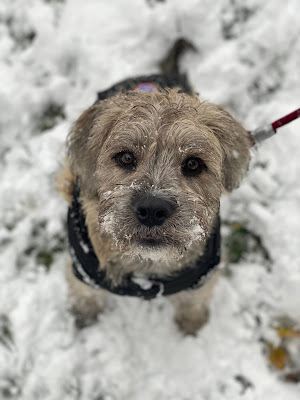 My niece and her husband who live in Dallas flew to Boston for the weekend to visit my girl and her love. They had to post negative covid tests before they flew. It did my heart good to imagine the cousins together again after so many months apart. The two couples apparently ate their way through Boston, rating the meals and the cocktails and having a fine time together. They sent me pictures all weekend, because, well, they know I live vicariously through them. It snowed in Boston, which meant that Munch, the puppy, experienced his first taste of snow.

One of my daughter's closest new friends in Boston happens to be a lifelong Texas Republican, who wasn't going to vote because she hates Trump, but after many deep and searching conversations with my daughter and another of their friends, she decided to send in her absentee ballot for Biden after all. She is white. Her husband is black. The third friend, who is also white, told her, "You and I may not have anything to fear from Trump, but people you love, do." And my daughter admitted to her that when Ruth Bader Ginsburg died, she wanted to purely mourn her, but couldn't because the salient emotion she was experiencing was fear of what her death might mean to people who look like we do in this country. I think these openhearted, nonjudgmental talks helped deliver one more Texas vote for Biden. I imagine this kind of exchange is not always possible with Trump supporters, but then, my daughter's friend is a Republican but not a Trump supporter. I'm hoping that particular distinction will make all the difference when the ballots are counted tonight. 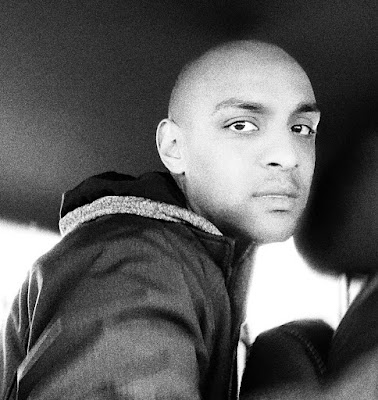 Our son and his love came over earlier to show us his new car, a Honda Accord Sport. His dad got behind the wheel and we drove around the city for a while, before dropping his love off at the salon to get her hair trimmed. The streets were fairly empty everywhere. No long lines of voters, which makes me think most of New York City voted early. I snapped that photo of my boy in the back seat, leaning over his dad's shoulder pointing out some of the car's features. He looked at me like, why on earth are you taking my picture right now? Then we came home and our son hung out with us till his sweetheart was done with her hair appointment. He's going to be working tonight, so he'll watch election returns at the firehouse, where at least half of his fellow firefighters want Trump to win; somehow my boy navigates this world while managing to stay true to himself. Still, I would not want to watch the returns with a bunch of Trump supporters. 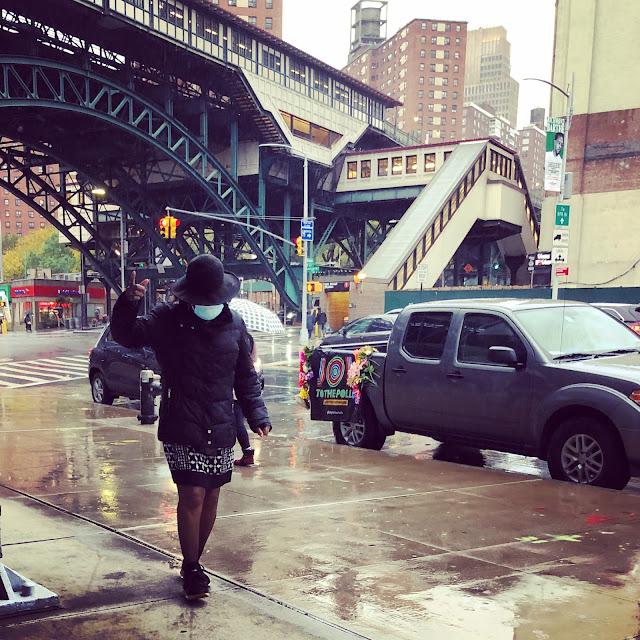 I voted on Sunday, in a downpour. A DJ had set up on the Harlem street corner, blaring music, and one of the poll workers was dancing the electric slide on the sidewalk, not caring about the rain. Single-handedly she made the whole atmosphere feel festive, hopeful. And now, we wait. I plan to keep myself quitely at home for the rest of the day. I started a puzzle on the dining table to distract myself, and I'm reading Mariah Carey's riveting new memoir The Meaning of Mariah Carey, which my friend Michaela Angela Davis brilliantly collaborated on. I aspire to write like this. I love the way the narrative verges on magical realism when recounting events from the perspective of a child, or a dreamer, because isn't that how the world can seem to children and dreamers?

If anyone is looking for serious binge watching distraction today, I highly, highly recommend The Queen's Gambit on Netflix, best thing I've watched in a long while. Seven episodes based on a book by the same name, about an orphaned girl who turns out to be a kick ass chess prodigy, a survivor, but also a troubled one, taking on an international gaming world dominated by men. It's set in the 1960s, the cinematography is beautiful, and Anya Taylor-Joy is captivating in the role of Beth Harmon, the chess master. 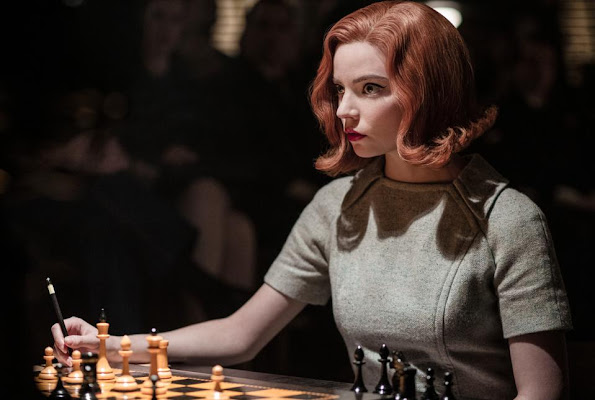 One relationship in particular, with the character whose name we know only as Mother, was just so moving to me, problematic for sure, but also so true to how it often goes in life, when there is love and need and trauma. I wont say more so as not to give spoilers, but it's definitely worth your time. And though your heart may be in your throat some of the time, I promise it won't leave you in a funk at the end, except maybe the funk of pining for characters who climbed inside you, and now you must now let them go. Let me know what you think if you decide to watch.

Okay, people, let's all send powerful wishes into the ether, just in case it's as plastic as the sages say, and can be sculpted by the collective force of our desires. Here's my obligatory "I voted" photo. May decency and hope prevail when this election is over. And may we know it to be so on this very night. 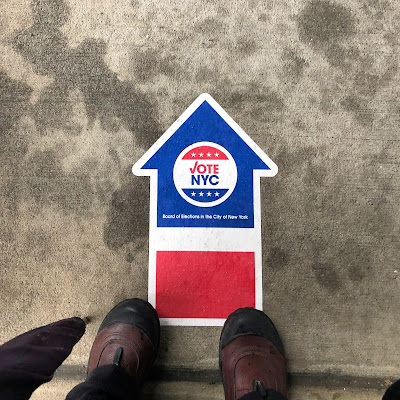