History was made today by this Queen 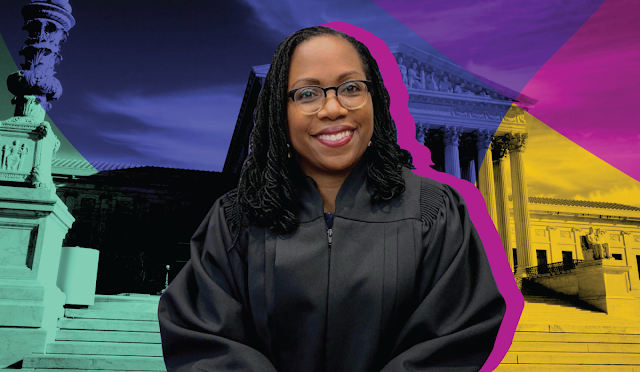 At noon today, Judge Ketanji Brown Jackson was sworn in as the first Black woman Justice in the 233 year history of the U.S. Supreme Court. Alone in my apartment, I watched the brief ceremony with tears brimming, a great big lump in my throat, my heart full to overflowing. It's an unsettled time on the Roberts court, with many in our nation losing faith in what feels like a right wing stranglehold on the institution. But with the ascent of Justice Jackson to this highest tribunal in the land, I felt my faith in the future of the court being renewed. "The arc of the moral universe is long, but it bends toward justice," MLK famously said. I believe Justice Jackson will be a bender. She is a consensus builder, a woman of great intellect, impeccable credentials on the bench, and abiding humanity. "Hope is not a form of guarantee, it's a form of energy, and very frequently that energy is strongest in circumstances that are very dark," said the artist John Berger. Our political reality may seem very dark in this moment, but Supreme Court Justice Ketanji Brown Jackson brings the light. Long may she reign.